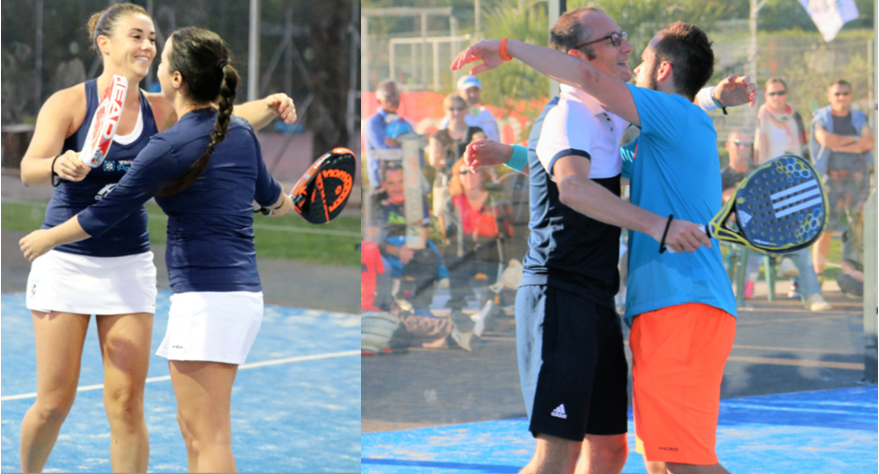 From 26 to 29 November 2016, teams from all over France gathered at the Cap d'Agde International Tennis Center for the second edition of the National Padel Cup, the biggest amateur French paddle tournament.

On the women's side, French 2016 padel champions Laura Clergue and Audrey Casanova were not far from losing to 3e French pair Géraldine Sorel and Sandy Godard. Indeed, the French 1 numbers lose the first set 6 / 3 before returning 1 set everywhere on the same score as the first set. In the super tie-break, the French 3 numbers seemed tired by this long fight and had to bow 10 / 4.

On the men's side, the pair from Toulouse and absent from France 10 days ago, Blanqué / Salles, succeeded in winning the National event. Padel Cup 2016 after a real obstacle course by beating in particular in the semi-final the pair Morillon / Bergeron by saving 5 match points in the super tie-break of the 3rd set and the Lyon pair Lopes / Authier in 2 very tight sets (6 / 4 7/5).

If the mixed is not yet recognized by the FFT, it works there. This event in Cap d'Agde is perhaps the most beautiful with a very high level. In the final, the Peruvian team Pellicer / Lambregts managed to beat Team Lille Landsheere / Kik on the score of 7 / 6 6 / 4.