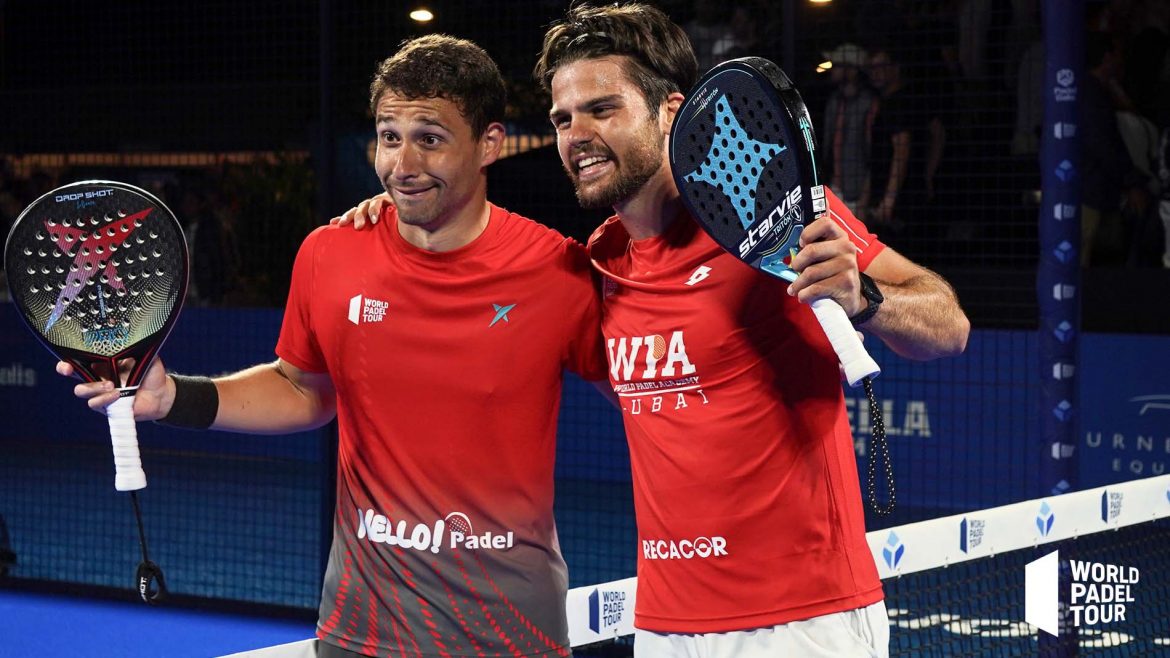 Who can stop them?! Javi Garrido and Lucas Campagnolo are in great shape in this Blockchain.com Miami Open. After eliminating Lebron and Galan last night, they offer themselves a new seed: that composed of Maxi Sanchez and Pablo Lima.

Those who beat the Frenchman Benjamin Tison and his partner Teo Zapata in sixteenth place have a string of victories in Miami!

After dominating the current number 1 last night, Garrido and Campagnolo won today against two players who have held this position in the past: Pablo Lima and Maxi Sanchez.

In their own style, the Andalusian and the Brazilian managed to find the fault in a very tight first set, before unfolding in the second round. They finally win 7/6 6/1 and achieve what is often the hardest part of sport: confirming after an exploit.

Tomorrow they will have another very big game to play. It will be against Federico Chingotto and Juan Tello, who came out of a huge fight against Franco Stupaczuk and Alex Ruiz. A match that promises to be boiling hot in stands that should once again be full. We are already looking forward to it!