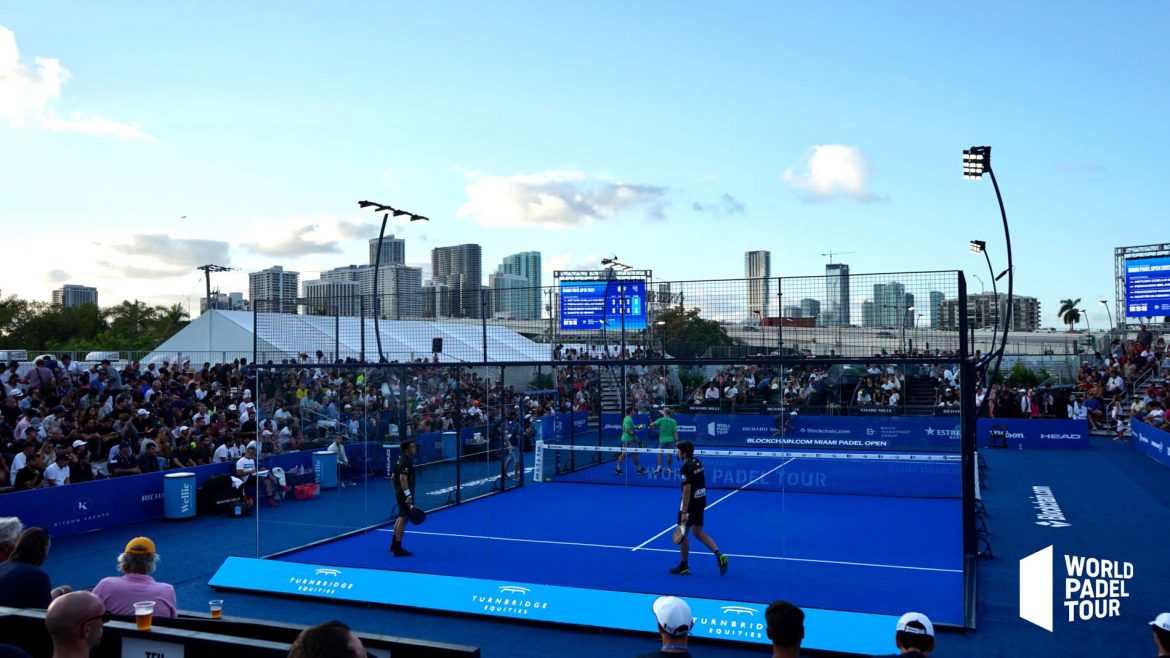 The Blockchain.com Finals World Padel Tour Miami Open are going to take place this Sunday from 13 p.m. at Island Gardens (00 p.m. in France).

For the ladies, it's a final we're used to since it will be the fifth of its kind between Gemma Triay/Alejandra Salazar and Paula Josemaria/Ari Sanchez. For the moment, the number 1s have never been beaten at this stage of the competition by the number 2s. Will the series continue here in Miami?

For men, it's quite simply an unprecedented poster, with three players (Campagnolo, Coello and Garrido) who will play the first final of their career in an Open or Master of the World Padel Tour. Alongside them, Fernando Belasteguin will play his 277th final in a colossal professional tournament! Will this experience allow her to tip the scales in her favor and thwart the plans of the tournament revelation pair ?

In any case, we are expecting some very good matches this afternoon in Florida. Don't know how to see them? Take a look at the article just below: