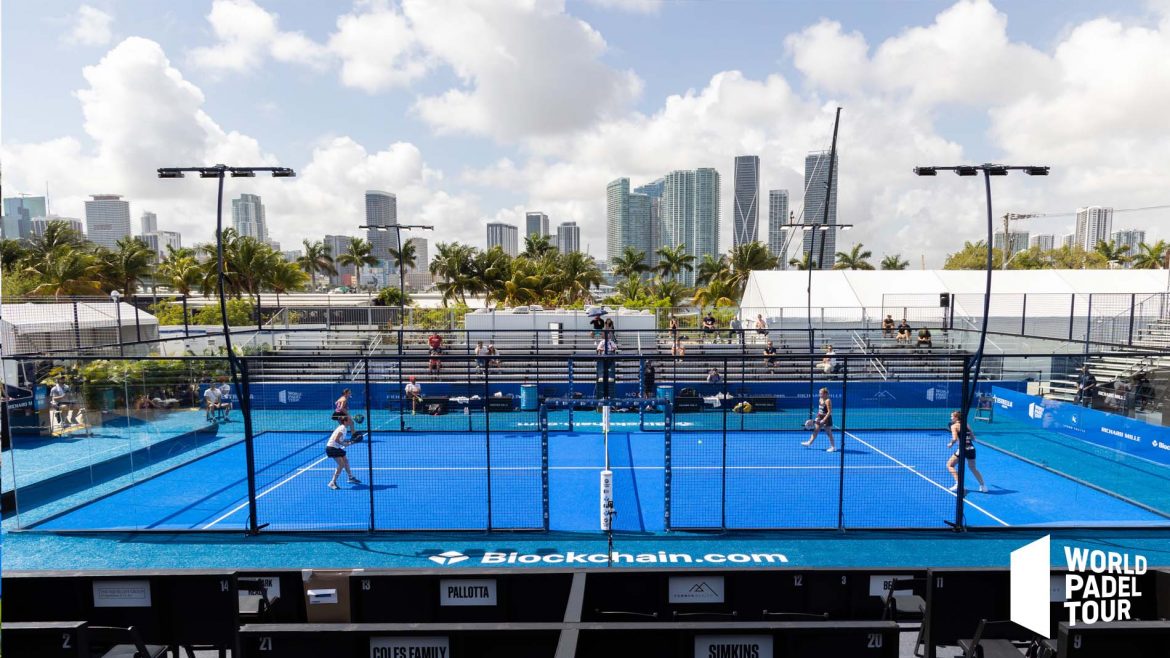 Under the Florida sun, spectators enjoyed the first part of the round of XNUMX of this Blockchain.com Miami Open today. In a very nice general atmosphere, we will have witnessed some very nice padel, and the fans will have responded to this first day of the tournament.

The most intense meeting of this Tuesday among the men will have been won by Alex Arroyo and Ivan Ramirez against Rafa Mendez and Salva Oria: 7/6 7/6.

We will also remember the victory of Pablo Lijo and Uri Botello, who was making his comeback to competition, against Victor Ruiz and Jose Rico (7/5 6/2) . For their first official match together, Sergio Alba and Alvaro Cepero produced a solid performance to dismiss Raul Marcos and Javi Garcia in three sets: 6/4 3/6 6/1.

Benjamin Tison and Teo Zapata will not have failed against Lucas Campagnolo and Javi Garrido, but the Franco-Spanish pair will have come up against two very strong players, who won 6/4 6/3 without ever having been really worried about their service. Momo Gonzalez and Javi Rico also held their rank against Juan Martin Diaz and Agustin Gutierrez: 6/4 6/4.

The match of the day for the men will certainly have been the one opposing the winners of the Wild-Card, Alcorta and Meana, in Lamperti and Sanz. Indeed, the public had filled the stands of the central track to support the locals. Despite a severe score in favor of Sanz and Lamperti (6/2 6/2), the two members of the “Miami Padel Mafia” will have made the show at home and will have entertained the fans in a superb atmosphere!

Proven victories for the ladies

Among the girls, we can say that some pairs were able to adapt much more easily to the conditions than others. This was the case for example of Marta Talavan and Nuria Rodriguez who were extremely solid against Carla Jensen and Carla Mesa: 6/1 6/2. A score that we clearly did not expect before the start of the meeting!

Led 3/0 from the start by Roberta Vinci and Gulia Sussarello, Victoria Iglesias and Aranzazu Osoro did not panic and they finally won 7/6 6/3. The other 100% Italian pair also fell, beaten by Lorena Rufo and Sofia Araujo: 6/2 6/4.

Finally, the dream continues for Carmen Castillon and Melania Merino, the “Lucky Losers” of the previas, who will have done the job against the winners of the tournament of Wild-Cards, Cabrejas and De La Peña: 6/4 6/2.