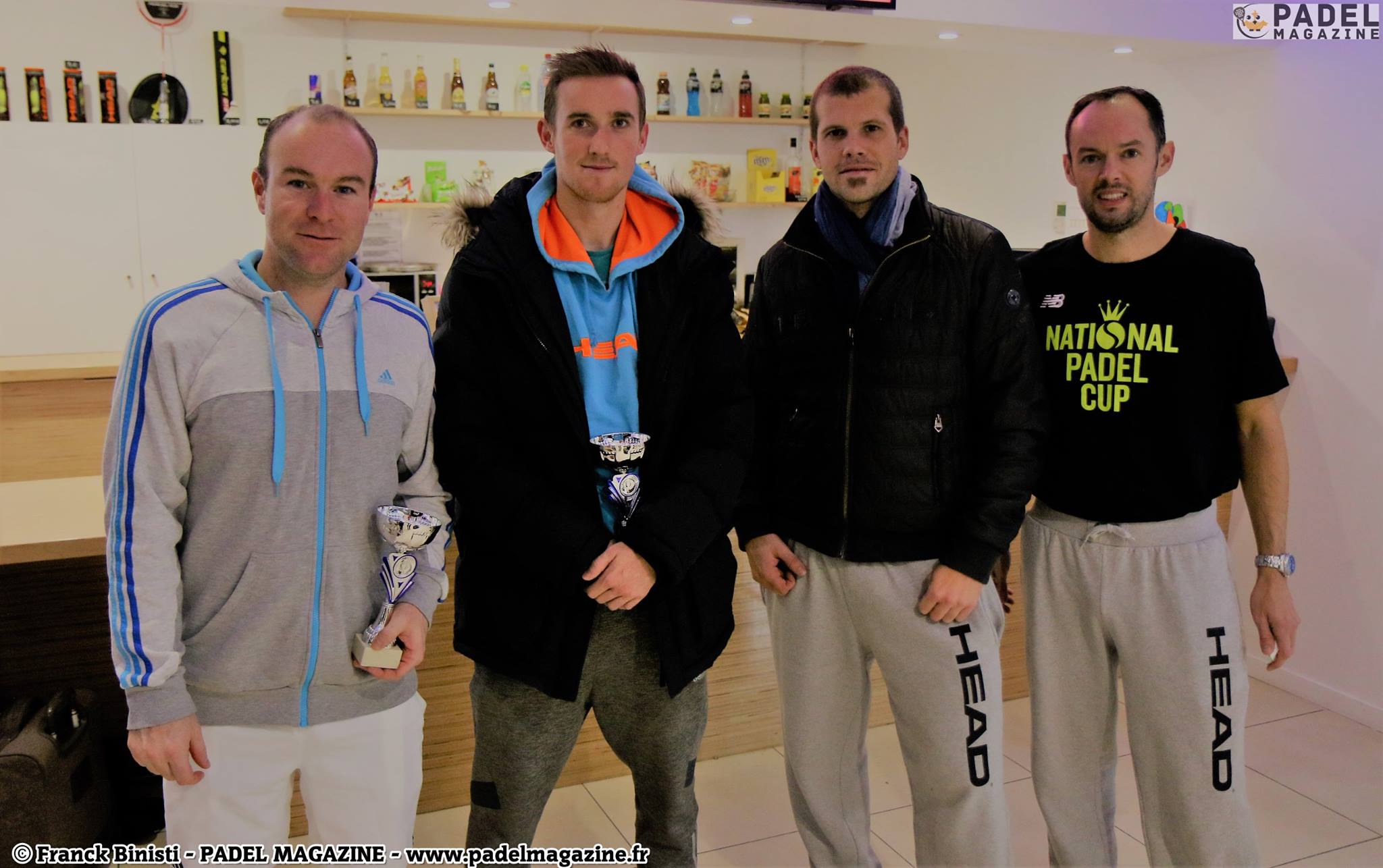 The pair Bourguin / Lepanse hit a nice shot at the Open Padel Club Bois d'Arcy. The P250 offered a very interesting player board including the Tison / Maigret and Garnier / Devrand pairs.

The seeds did the job…. Well almost since Tison / Maigret, n ° 5 of the tournament offered the n ° 4 pair in the quarter-final: Josse / Amiot with the final score of 6/2 6/0. and ended up in the semi-finals. The other shifts were rather expeditious.

On the other hand, for the semifinals, it was much more complicated. The 1ère big half opposed the pair "house" Tison / Maigret face Lepanse / Bourgouin. Very hooked game from start to finish. If in the first set, the visitors manage to break and hold until the end, the second set will be more disjointed. First, the pair Lepanse / Bourgouin makes a great start by quickly leading 4 / 1. It is then that the pair Tison / Maigret finally decides to become more conquering the net. The pairs are found at 5 everywhere in the second set. But the pair Lepanse / Bourgouin is too regular and too dangerous since it has been able to hurt very much left and right. Final score of this half: 6 / 3 7 / 5.

In the other semifinal, it's definitely the tournament match. More than an hour and a half of game, points to extend, but in the end, the favorites prevail after going through all the evils. The pair Ganier / Devrand was thus facing the Parisian pair Theunynck / Binisti. In the first set, very complicated start for the favorites who are quickly led to a break. But the Breton pair rode and managed to catch up after huge points. It's the tie-break that the pair Garnier / Devrand will not make the difference on the 13 / 11 score. In the second set, the pair Theuninck / Binisti made a perfect start in breakant immediately but followed by two games stupidly lost. Once again, Garnier / Devrand have been very successful and even finished the second set and match on the service of Franck Binisti to win 7 / 6 6 / 4.

In the final, the Lepanse / Bourgouin pair once again achieved a very complete match against the Garnier / Devrand pair. In the first set, the match is very close, but opportunism is on the side of their opponents this time, as Lepanse / Bourgouin concludes the tie-break with a score of 7/4.
In the second set, the pair Devrand / Garnier totally loose the second set. It is a boulevard that is offered to Lepanse / Bourgouin to win 6 / 1 and conclude their very good tournament and the passing win a nice check by "The Padel Club".

A tournament that will "make small" concludes Melik, the player and leader of the Padel Club Bois d'Arcy.