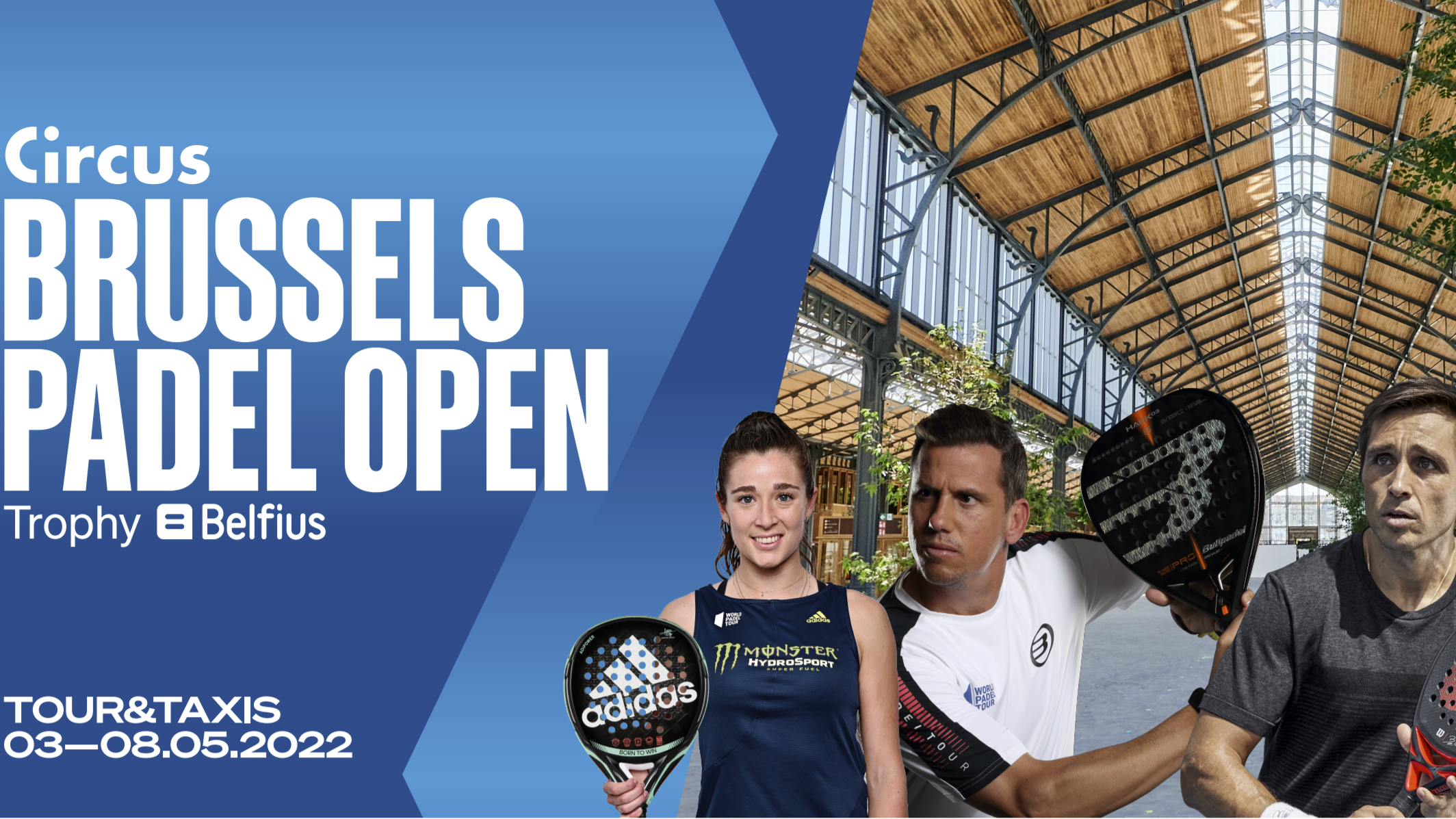 Opening of ticketing since this Friday, February 18 at 16 p.m. for the 3rd sporting event in Belgium. the 1er Brussels Padel Open will bring together the best players in the world of padel, from 3 to 8 May 2022, in the exceptional setting of the Gare Maritime de Tour& Taxis, in Brussels.

“We are honored to confirm that ticketing for this magnificent Open is now open to the general public. lovers of padel can visit www.brusselspadelopen.be for all info and the purchase of tickets today from 16 p.m. »

“We have already sold more than 12.000 tickets in one week via our ambassadors World Padel Tour in 250 clubs in padel in Belgium and more than 1.200 VIPs via our sponsors and companies. I invite everyone to come and marvel at the world's best, which will offer an incredible level of play never seen in Belgium. »

As a reminder: prequalifications and qualifications will bring together nearly 200 players from May 1 to 3, 2022 in a club in or around Brussels.

The final table will see the stars of the padel worldwide, from May 4 to 8, 2022, at Tour & Taxis on 2 sites. To add spice to this Open and for the Belgian public, 2 "wild cards" will be awarded to the best Belgian players for the final draw. It will be a world first to have 4 Belgians in a final draw of the World Padel Tour.