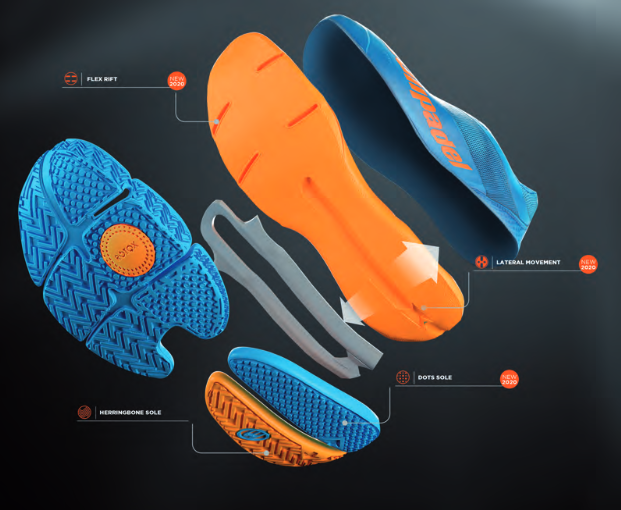 A concentrate of technology, including a hybrid sole in high density rubber, with two different designs. A part “Herringbone Sole” : chevron-shaped, and part “Dots Sole”, in the form of dots, the whole on a thickness of 3mm. This dual technology allows maximum grip and better braking.

Le “Flex Rift” lets make the shoe extremely flexible, And the “Lateral Movement”, is a laterally expandable phylon midsole that always allows more stability. The TPU center piece allows this midsole to return to its original shape as quickly as possible after a move.

You would have understood it, Bullpadel does not skimp on technologies to allow you to always feel more comfortable and secure in your shoes!