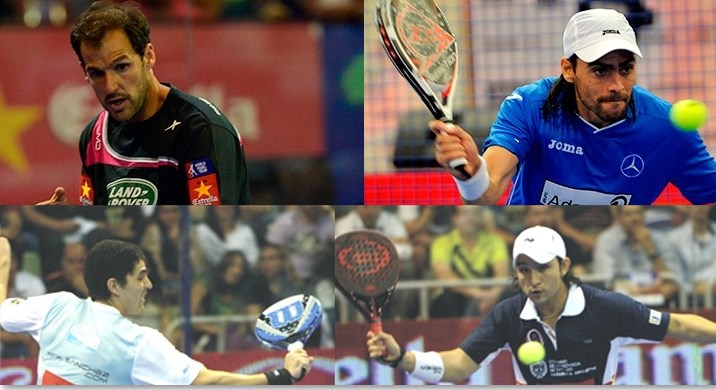 While the World Padel Tour season is well underway, two big pairs and not least have decided to separate: Sanyo and Maxi Sanchez / Juan Marin Diaz and Juan Mieres.

The double holders of the title of the Master of Madrid, the most prestigious competition of padel which takes place every year in December and bringing together the 8 best pairs in the world have therefore decided to separate. Yet it was a sacred pair on paper, but also on the ground which could have done very badly and which had even beaten on several occasions the former world number 1 JMD and Bela. But very clearly since the start of the season, there is a lot less. Was it an empty passage? We will never know because they will separate and join forces with players they know very well.

These players are Juan Martin Diaz and Juani Mieres who have also decided to separate in a very sporty way and without vague in view of their particularly poor performances for players of their standing. After 5 tournaments, they decide to turn the page. It is JMD who writes it himself on his twitter account, explaining that he will team up for the next tournament with Maxi Sanchez. Which means Sanyo will definitely mate with Juan Mieres, although nothing is confirmed yet (and there could still be changes in the coming days in the world top 20.

It's a safe bet that we will find on July 15 at the WPT Mallorca new pairs including JMD and Maxi. We can't wait to see them play together, hoping that these associations will be more prolific.

[vision_notification style = ”success” font_size = ”12px” closeable = ”true”] A word from your columnist Clément Forget :
Incredible Revolution that was announced yesterday during the Valladolid tournament: Juani MIERES and Juan Martin DIAZ are separating already after only a few tournaments! Even more surprising, Juan Martin DIAZ has already announced his next partner in the person of MAXI SANCHEZ!

This leaves Sanyo for the moment without a partner, who is nevertheless considered the best player right now. Other important information, Cristian GUTIERREZ also separates from Maxi GRABIEL, he will play henceforth with SILINGO.

So he returns to the right, he who was transformed like a formidable player on the left! So we end up with players like Mieres, Sanyo and Quieles on the market, without a partner.

So there could still be a change in the week, could this disturb other teams, however successful, such as Paquito NAVARRO and Mathias DIAS? It must be recognized that a Paquito - Sanyo team could simply be untouchable! [/ vision_notification]

[Intense_alert] Jérôme Becasset : “Grabiel / Moyano and Mieres / Sanyo will be the new pairs that we will see on the professional circuit.” [/ Intense_alert]