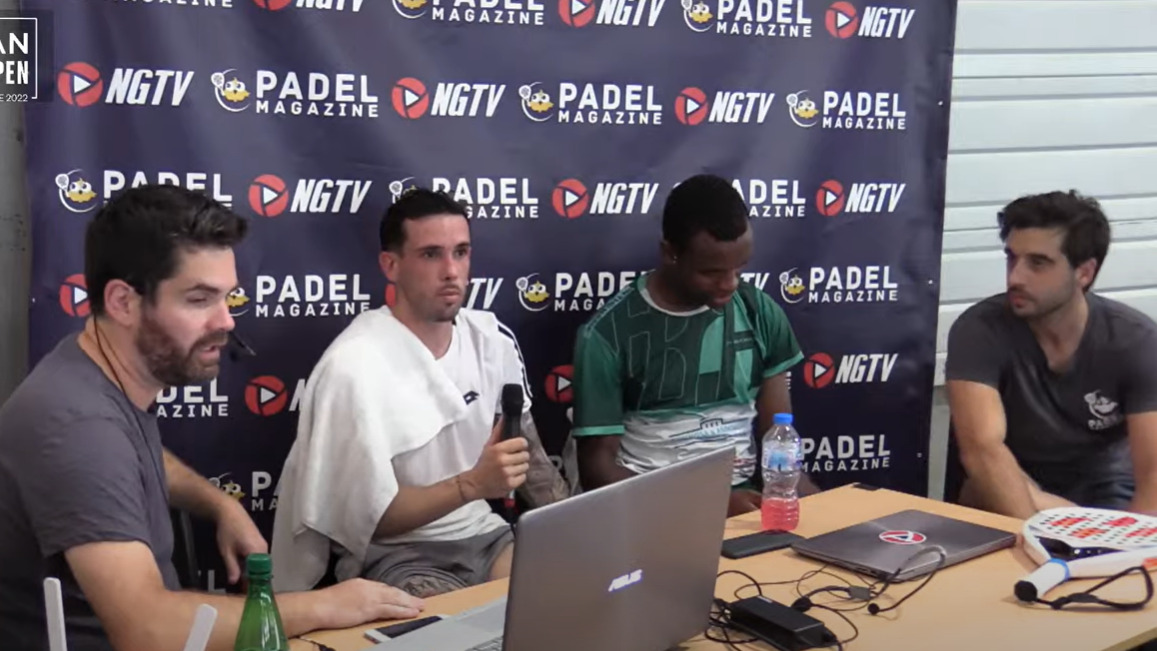 What a match we were able to witness this afternoon between two spectacular pairs.

On one side we had Cristian Gutierrez (74th) accompanied by Daniel Windahl (84th) and on the other Boris Castro (102st) and Fran Ramirez (76th). The two pairs fought very hard to win their entry ticket for the second round of the previas and it was finally Castro and Ramirez who left with the victory: 6/7 (6) – 6/4 – 7/6 (5 ).

At the microphone of Mario Cordero the two players returned to their match and confided in their ambitions at the level of the World Padel Tour.

BC "We are very happy with this victory, we had some difficulties during the first set and despite a relaxation we still manage to come back well during the second and third set”

FR"During the first set we played well but we had a moment of hesitation. When we lost the first round, I told Boris that we had no right to relax like that and that we had not been able to continue playing with the same state of mind as at the beginning. We weren't on all the balls and our opponents deserved to win this first set”.

“A moment of relaxation”

BC "When we had the match point at 5/2, I think it happened like the first set, we relaxed a bit more and put less intensity. But we managed to get back in the game and we fought on all the balls".

FR"Our goal for this tournament would ideally be to make the final draw. Every year there are more and more very strong pairs and we would like to consolidate our status as a pair of previas for the moment. Manage to pass the second qualifying round and why not, move into the main draw."

BC: "The organization is great but it is true that the two major problems we encountered were the height under the ceiling and the light due to the windows, which could bother us at times. That's what I was telling Fran, I can't hit the ball 'cause I can't see much ! "