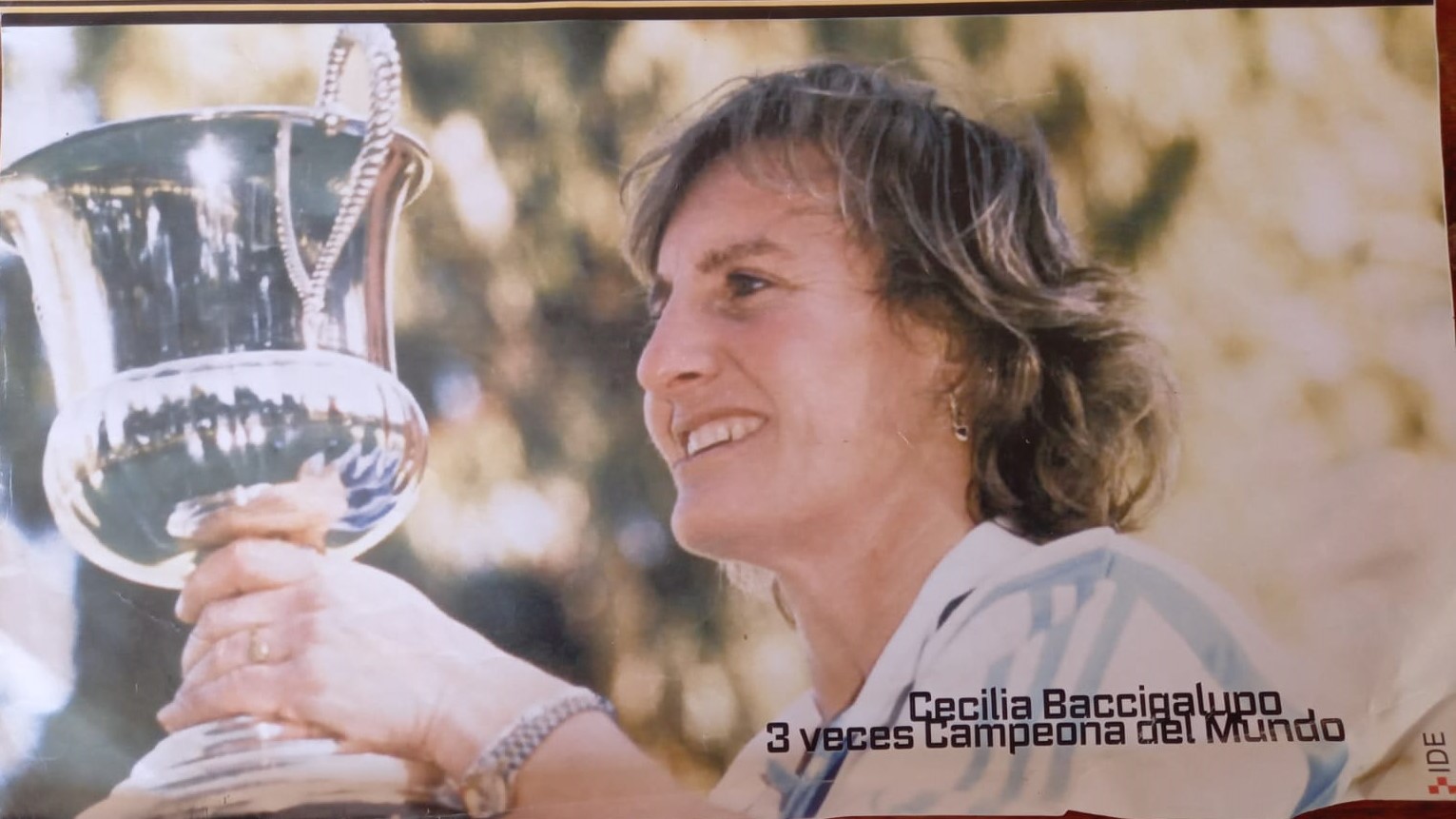 At Padel Magazine we love great stories and interesting encounters. We were lucky enough to be able to chat for a moment with Cecilia Baccigalupo, pioneer of padel in Argentina since the 1980s.

The former world champion and number 1 came back for us on her beginnings, her career and confided in her vision of the padel current.

Padel Magazine : Tell us about your beginnings in the world of padel and how did you discover this sport?

Cecilia Baccigalupo "To make it short, I started on padel in 1986 when I was vacationing in Punta del Este, Uruguay. There was a field on the beach where I was going and I was invited to try this sport. I thought it was great and thought it was for me. All my life I have played tennis and above all I love to play doubles. In addition, I happened to play Basque pelota, which allowed me to familiarize myself with the walls.

Then I participated in my first competition in the male category because there were not enough ladies and with my partner we won it. Since that day I have become the promoter of the padel female alongside Adriana Costagliola. I got in touch with the president of the Madrid association and that's how the first women's tournament was organized in 1989.

For me from the beginning the padel was dedicated to everyone without distinction. In Argentina everyone played and it was from the 1990s that the padel exploded there. So much so that we were able to count up to two million practitioners at one time. More and more men's and women's tournaments were born. It really was a sport for everyone. Nevertheless the prices as well as the contracts with the sponsors were much more advantageous for the gentlemen but that is nothing new and we see it in almost all sports.

PM: Tell us about your evolution in the padel

CA: “I started giving lessons in padel, I was also a physical education teacher and I was a member of the association of padel Argentina. We thus organized with other teachers the first world youth. In 1989 we also played and won the very first Masters in Madrid with Adriana Costagliola and three years later I won the World Cup in Seville with China Mazzuchi. In 1994 we repeated the feat in Mendoza in Argentina with Adriana Costagliola and two years later we obtained a third world title in the Spanish capital.

I was number 1 for almost 10 years. I retired as a professional player when I became pregnant but have remained very active in the development of the padel.

After all these years I decided to create a foundation for people with intellectual disabilities, so that they can play sports. We started with the padel and then we added other disciplines such as football, tennis, hockey or even basketball.”

PM: Why the padel does it explode now and not before?

CB: “I think the fact that the padel has become a sport a little more televised and publicized via social networks helps enormously in its development. Moreover, it is quite a spectacular and pleasant sport to watch. The games are a real spectacle. This is why I would like to thank all those people who added their small stone to the building and who made the padel be now where it is today. My dream would be for this discipline to be Olympic."

Unite to harmonize the rules

PM: Did you imagine one day seeing padel at Roland Garros?

CB: “When I was called in 1990 to develop the padel in France, I went to Toulouse for an event with journalists and athletes. The person who contacted me told me that if the padel took off in France, one day we would see him at Roland-Garros. Thirty years later I was lucky enough to be able to attend the first tournament at Roland-Garros and it was incredible."

PM: For you, what has evolved in the padel over the past 20 years?

CB: “Even then the rules were different. When we played in Spain or Argentina some points of the rules could vary depending on the country, for example the service. In Spain the players served at shoulder height whereas in Argentina it was not like that. But we managed to all agree to harmonize the rules.

Moreover if we take the physical part, the players at the time were less prepared than now. They did not place as much importance on their physical preparation as professional players do today. Let's also add that at the time, practitioners committed more unforced errors than now.

Le padel today is much more technical and tactical with the viboras, bandejas or the "par3" that the players manage to recover outside the track. We didn't have a teacher to teach us all these aspects.

I think every step of the padel is interesting and that the evolution is positive. Today we can attend marvelous matches, among the men as among the ladies."

PM: What is your opinion on the boom in padel but also on its more negative sides such as conflicts between circuits. Were there already tensions at the institutional level?

CB: “To be honest, I'm very happy to see my sport becoming a well-known discipline worldwide. Regarding conflicts there have always been some but I sincerely believe that we must all unite between players, associations, circuits to grow together. It is the best solution for sports."

PM: What are you doing today?

CB: “I live in Argentina but I develop training throughout the world. This year for example I was in Milan and next year I will most likely be in France and Spain. I would very much like to travel to other countries where the padel grows more and more like Sweden or Qatar. I am passionate and I want to be able to pass on all my knowledge and my experience to all these new players, whether men, women or children.

But what would please me even more would be to bring my knowledge of padel to all people with disabilities so that they too can enjoy the 20×10.