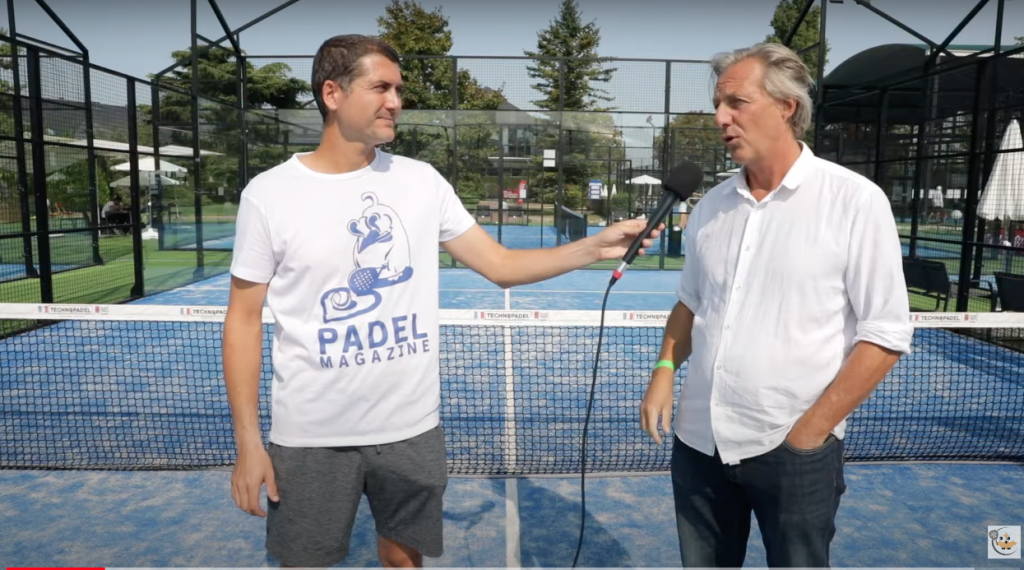 Christophe Lesage, the founding director of the National Tennis Cup and National Padel Cup, was visiting the Pyramides club for the P2000. He answers questions from Franck Binisti.

Adapt despite the circumstances

“A difficult year with the cancellation of a hundred qualifying phases because of the covid. The state of mind of the National Tennis Cup is to play with a welcome, a service, friendliness, a drink with your opponent ... Better not to organize than badly to organize. ”

"One's Padel Cup suffered the same fate as the Tennis Cup. Qualifying has been canceled. The padel even took longer than tennis to resume. In a few days we will know if we can organize the final stages of our tournaments. If we have the authorization, there will be P100s, P200s and P500s. The P100 will be open to all participants of the National Tennis Cup. The P500 will be open to everyone. “

“I play modestly. As a former good tennis player, but at a ridiculous level compared to good tennis players padel. It's a different sport. Fortunately, in a very short time, we are not as strong as the real players of padel, otherwise it wouldn't be fair. ”

“The French level is improving day by day. There are more and more players, but we are still far from countries like Spain where the level is much higher. But we are making progress: the number of sites is increasing every week. It's pretty positive. ”

"The padel today is a sport which has its place, and which must not be opposed to tennis. In tennis clubs, build tennis courts padelis to provide club members with additional leisure. You can play both sports, or just one of the two. We must not oppose them. We must help the clubs to energize, to find ideas. We have to make sure that the members don't just come to spend an hour, but come to spend the day in the tennis club, with a sporting atmosphere. The padel is part of this development. ”