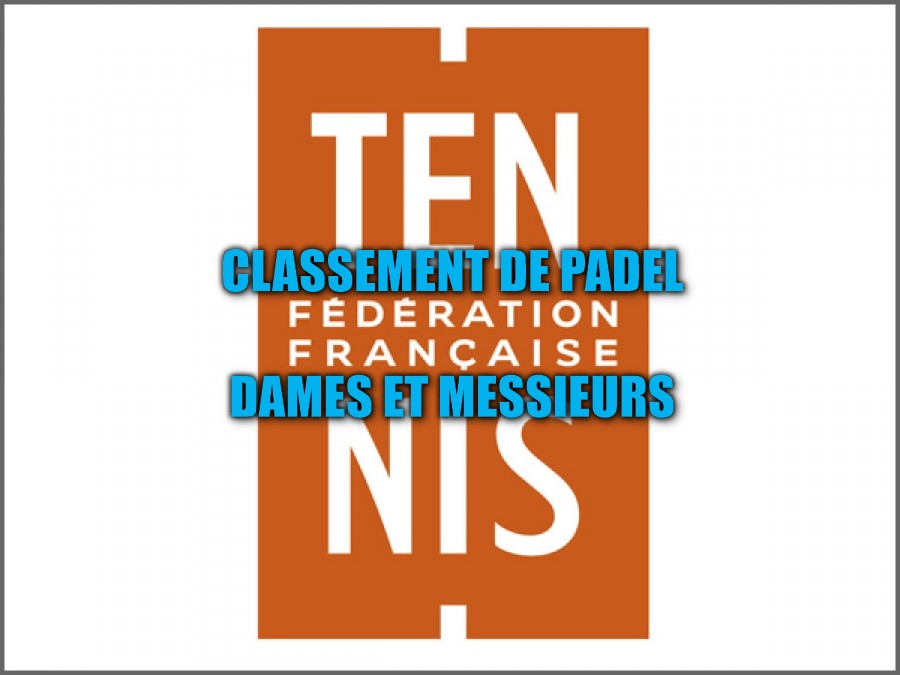 At the beginning of November, we discovered the first padel rankings under the FFT era.

Here are the latest updates:

Starting with the January 1er 2016, the 6's best-rated performance will be counted.

This ranking is available here: https://padelmagazine.fr/classement-padel/