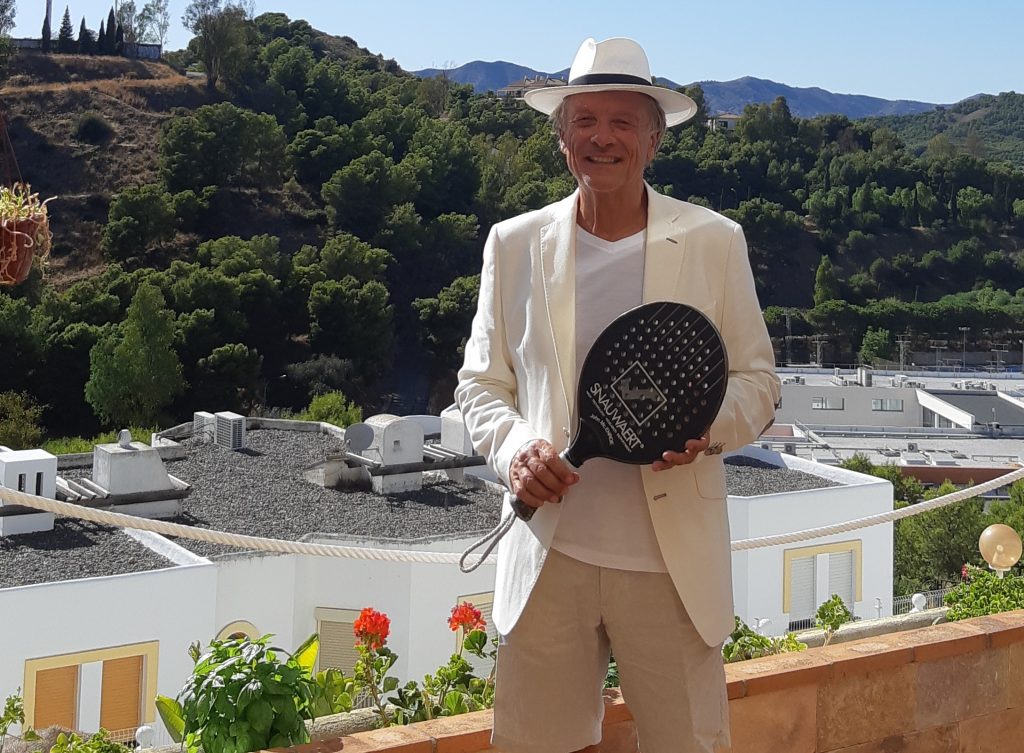 Claude Baigts is today the President of the European Association of Clubs Padel private (AECP). He tells us about his projects and his vision of the French and global federal framework.

The European Cup of Private Clubs in Malaga

Lorenzo Lecci López: What is your news? What are you doing now?

Claude Baigts: “I live in Malaga 8 to 10 months a year. I take advantage of the assets of this beautiful and large region which is the heart of padel Spanish and the birthplace of padel global. A pilgrimage of sorts. Like many organizers of sporting or cultural events, we have had to put aside the organization of all our events since March 2020. But we are taking the opportunity with the leaders of our associations to rethink our future, which is intended to be as dense as our past recent in 2019. ”

"During the'French Open of Padel en 2016, relaunched after 12 years of dormancy at the request of the mayor of Toulouse and with the support of Toulouse Padel ahead Club, we proposed to European private clubs to join us to create a competition: the European Cup of Clubs Padel, who on the model of American sport would argue with franchises from clubs or companies. ”

“In 2017, for the 1st edition in Toulouse we had succeeded in attracting 8 clubs, then in 2018 to Paris 12 clubs, and in 2019 at Valencia 16 clubs. For 2020, at Malaga we had 24 clubs who could not meet for lack of the Covid will find themselves in 2021 in Malaga at the Léon 13 club. For 2022, we will validate the candidacy of Star Padel in Coimbra in Portugal, and in 2023 that of Palakendro in Bari Italy. Without forgetting the French Open of Padel ladies in Toulouse with Toulouse Padel Club, and French Open of Padel Men in Perpignan with the Mas and a mixed edition in another city. ”

“Our near future is focused on European Club Cup, the Intercontinental Cup in Morocco, but also projects like a European Club Championship up bring together FIP and FEPA, we can always dream, but at least we try. We also have a project with one of our franchisees: the Club de Valdoreix from Barcelona for a tournament (International Las Promesas). Let's also add files to the study with Padel Travel Agency (Italy) and Sahara Event (Morocco) focused on business owners. " 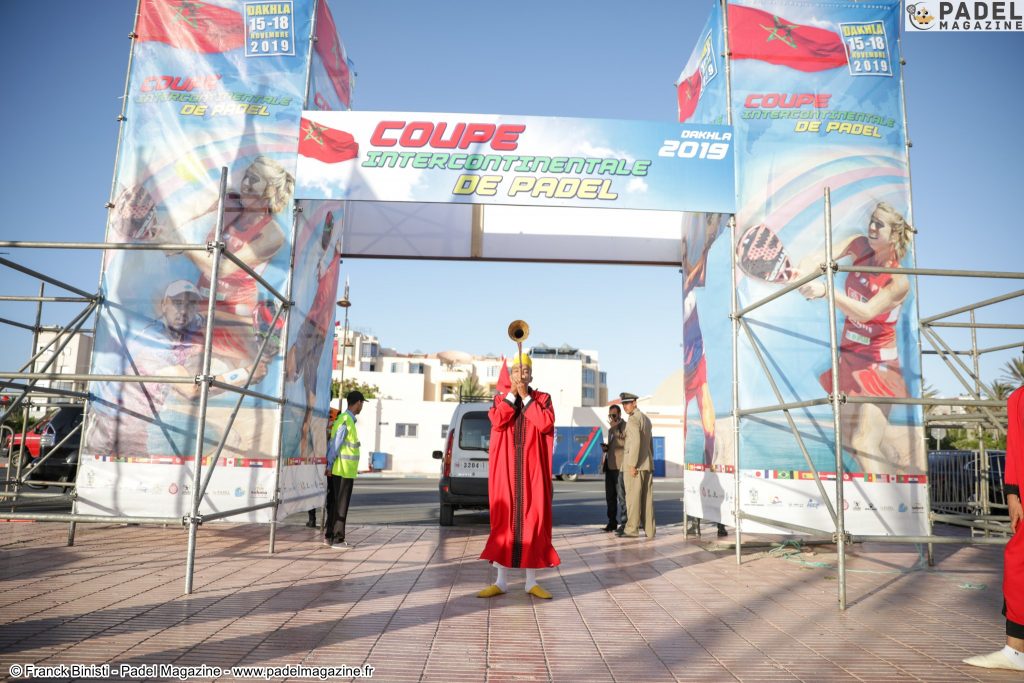 Lorenzo Lecci López: Many entities trust you in the organization of events. Where do you think this recognition comes from?

Claude Baigts:“The recognition of our organizations comes from the professionalism of all the leaders who organize the competitions and the related services: accommodation, catering, medical assistance, opening ceremonies, awards ceremony and discussion workshops between leaders, between players, between teachers. All of this is 75% or even 100% funded by sponsorship. ”

“The National Agency of Padel within the FFT ”

Lorenzo Lecci López: Last month Gilles Moretton was elected president of the FFT. Is this good news for the padel ?

Claude Baigts: "Before thinking about Padel we have to think about Tennis, car Gilles Moretton was elected by the tennis club presidents, who have very certainly made the right choice. Gilles was a player of Davis Cup and one of the best doubles in the world. He is also the organizer of the Open International de Lyon for years, then the boss of Basketball in Villeurbanne and finally boss of a television channel and well other activities that have been flourishing. The FFT is not only license and club management, it is also a large sports events company (Roland Garros- Bercy) which requires a Chef with skills in all areas and he Gilles Moretton happens to have them. ”

Lorenzo Lecci López: To return to the padel which is under the delegation of the FFT. Gilles Moretton, president of the FFT, is this good news for the padel ?

Claude Baigts: "Let's give the new team time to settle in. But the President's first statements go in the right direction, since I could understand that his vision resembled a national padel within the FFT. Project that I advocated for 4 years with the previous federal team. Inspired by the British Sports Agency, independent in its daily life, from the Ministry, but ahead of achieve goals of the said Ministry. In other words the agency of padel would have: a Chairman (Gilles Moretton) and a Deputy Chairman padel (qualified person). The first sets all the missions, objectives, budgets; the second prepares the strategy, sets up the human and material resources, and operates the structure on 2 Olympiads. ”

“I would like to make available to those who want the plan of this agency and some innovative ideas such as making private clubs the 17 regional centers of Padel (14 + 3), the 95 departmental centers with in addition tennis clubs which have a plan padel and the 1st large National center without having to build any structure. Training of staff, teachers, selection of French teams and training, everything is ready, once again the structures, the men for the latter it would be necessary to draw on the new pool of padel European and French. ” 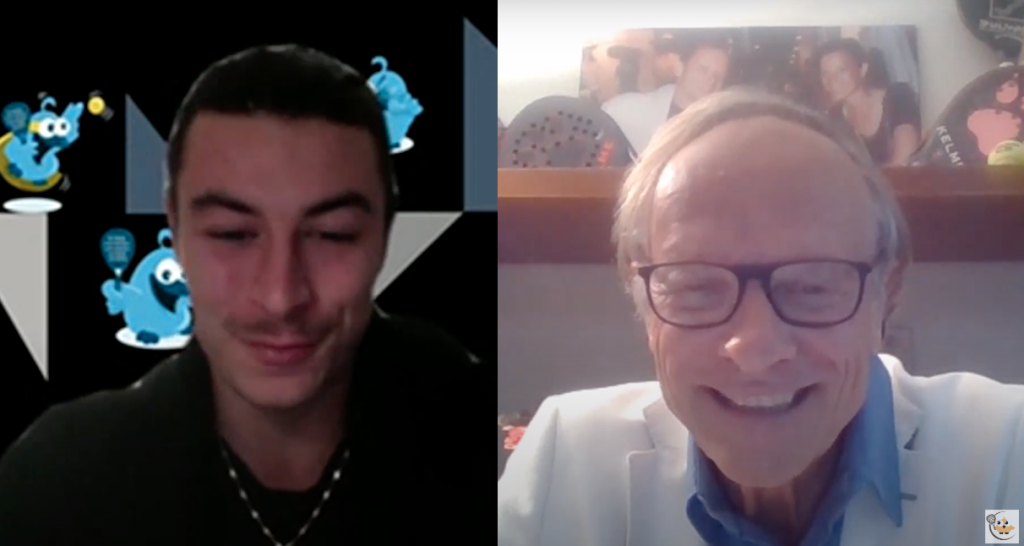 “An overhaul of the organization of padel French"

Lorenzo Lecci López: You created a theory called “The Democratic Republic of the Clubs of padel”, Which would change the current system. Can you explain it?

Claude Baigts: “I'm not sure the term create is adequate, I am thinking more of a reflection but whatever. The CPDR wants to be a club of thinkers driven by a guiding idea: le padel can only develop sustainably from private clubs capable of creating a padel independent of any public money.

“Private clubs, through their practitioners, generate an economy based on service and not on licenses, which is often experienced as an additional tax collected by organizations which themselves are partly financed by French taxes. It's the double penalty ”

“It is a complete overhaul of the organization of padel French which is essential and the National Agency of Padel relying as we have just seen on qualified people and not by cronyism will be able to meet all these challenges. Define the padel physical activity and padel athletic."

“Disappointed with the production of the FFT between 2014 and 2020”

Lorenzo Lecci López: During the interview with Julio Alegria, and Alfredo Garbisu (which you know well), and even today, we feel a real disappointment of those who wore the padel in the 90s. We often hear you say that all this time has been lost because we are still at the same stage. The decade of 2020 seems to me to be the right time, because the padel is supported by a larger number of countries (la PadelMania in Italy, or the boom in Sweden). What do you think ?

Claude Baigts: “First of all, I admire the involvement over 30 years of these great servants of the padel and I measure their merit. Me, who had, after 12 years, to take a step back to recharge my batteries. ”

“The witnesses of padel 90s like Philippe Sassier in Monaco, Philippe Wertz in Belgium and many others are like me surprised thatafter 20 years we are still at the same level in the
management of padel. If we look closely, are the federations at the start of padel in Spain, Argentina, Brazil, Portugal, Belgium, Italy, Austria, USA? The answer is no. One exception: France. ”

- The creation of National Center Padel in Blagnac Toulouse: 3 indoor courts and 2 outdoor courts
- 25 departmental centers of Padel 2 courts financed by the FFP and 150 quasi-offered to communities
- Created with the Ministry of Sports, Insep and UFRSTAPS, the pedagogy of padel French and diplomas allowing the teaching of padel
- A French Open on Place Publique each year prized by the biggest players in the world and followed by thousands of spectators and the media such as TF1-FR3-TLT - Europe 1-RTL- L'Équipe - Paris-Match ...
- A national circuit of 20 tournaments from Marseille to Metz and from Rouen to Strasbourg
- Management of the French teams and presence in 6 world and 4 European championships. Numerous meetings between France and the European and South American Nations
- Finally organization of the World Padel in 2000 in France with finals on the Place Publique in Toulouse: 13 nations, table of 64 for men and 32 for girls. ”

“You will understand Lorenzo that I am disappointed with the production of the FFT from 2014 to 2020 and qualitative and quantitative results. ” 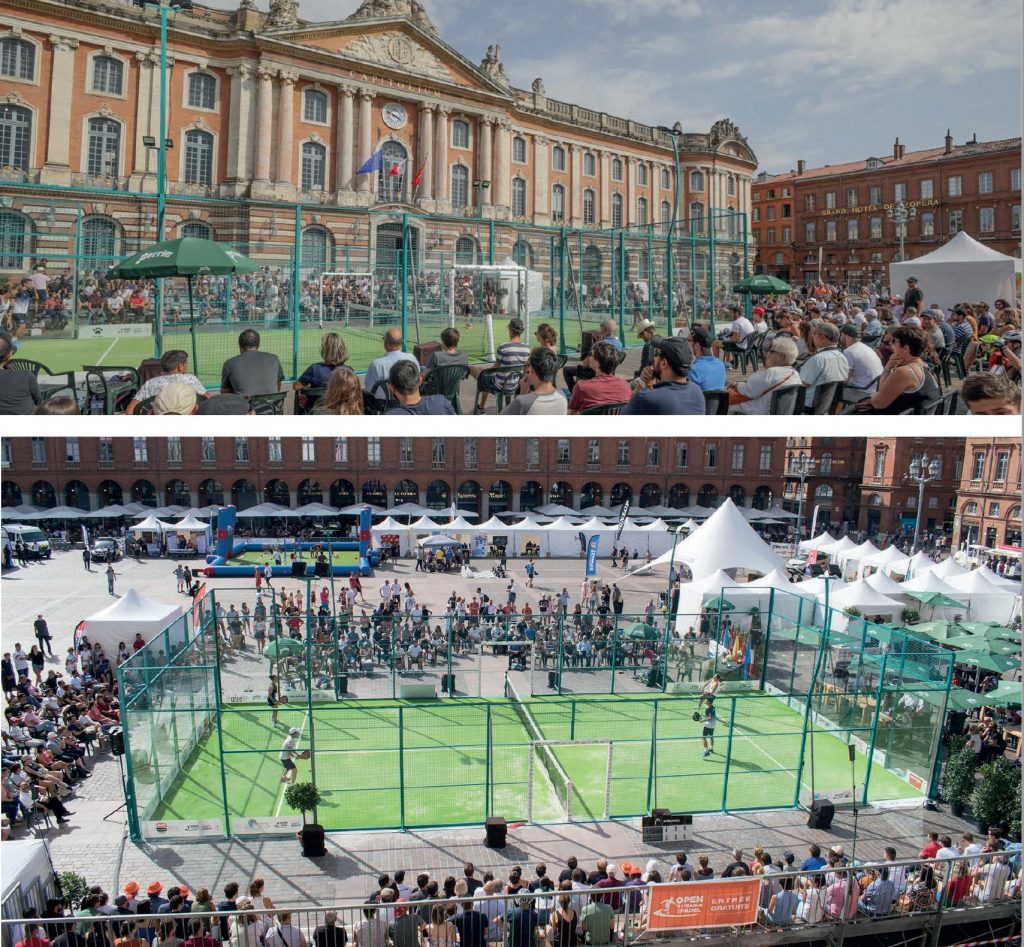 Lorenzo Lecci López: In your opinion, does this period (2014-2020) mark a slowdown in the expansion of padel in France ? The padel is it in full development?

Claude Baigts: "I answer you no. We have talked about the tennis boom between the years 1982 and 1990 with the campaign for 5 courts financed by the state and local authorities, which will make it possible to build a park of 000 courts in 15 to 000 years. There I agree to talk about Boom. But in Sweden how many courts padel in 5 years: 50 - 100? The success is that they are all private clubs - Denmark if we find 5 clubs then we will talk about an embryo of padel and I can continue this list. The only exception is Italy, there we can speak of an explosion in the good sense of the padel. But here again it is the private sector that is the driving force. Maybe I'm impatient or too realistic and only see the brakes, not the accelerators. ”

“An FIP with 10 employees and a budget of 1 million”

Lorenzo Lecci López: To return to Alfredo Garbisu statements concerning the FIP, you wanted to react.

Claude Baigts: "It is not with a program which is limited to revising the statutes of the FIP and its administration that one can hope to see the FIP become the entity that is lacking in the structured development of the FIP. padel. We have known presidents who all had qualities and it is not Luigi Carraro the current President who is lacking, far from it, and he has results. But it is a structure that the FIP must equip itself with: 10 full-time employees and long-term actions in the field to support federations, tournament organizers, clubs. The FIP's budget would then be 1.000.000 € per year. "

Lorenzo Lecci López: How to find a budget of 1 million euros each year?

Claude Baigts: "This is the job of any candidate for the Presidency of the FIP. I will not go into details to find this budget. But if the candidate cannot find 10 people willing to stand surety for 100.000 euros. ”

Lorenzo Lecci López: Julio Alegria told me last week that le padel had to get rid of the tennis federations. Do you agree ?

Claude Baigts: “We all agree that a National Federation of padel is better than being attached to another federation, except perhaps in France. The organization of sport in France is very special even if there is a reform in progress. We must therefore build with the FFT - which is not, far from it, the worst partner for the National Agency of Padel-. This is why the padel has no interest in opposing the two disciplines, they are only cousins ​​as with squash, Basque pelota, table tennis and even badminton. ”

Lorenzo Lecci López: Thank you Claude, we have come to the end of the themes to be addressed. Do you have anything to add to conclude?

Claude Baigts: "The states general of padel are necessary in each country, at national level, but also at European and World levels. EFCA wishes to play this unifying role, to make the European Cup of Private Clubs and European Club Championship an entity like the Airbus of padel European with FFT- FEPA - FIP, we are ready to welcome or join you. ”

Find the full interview in pictures just below: