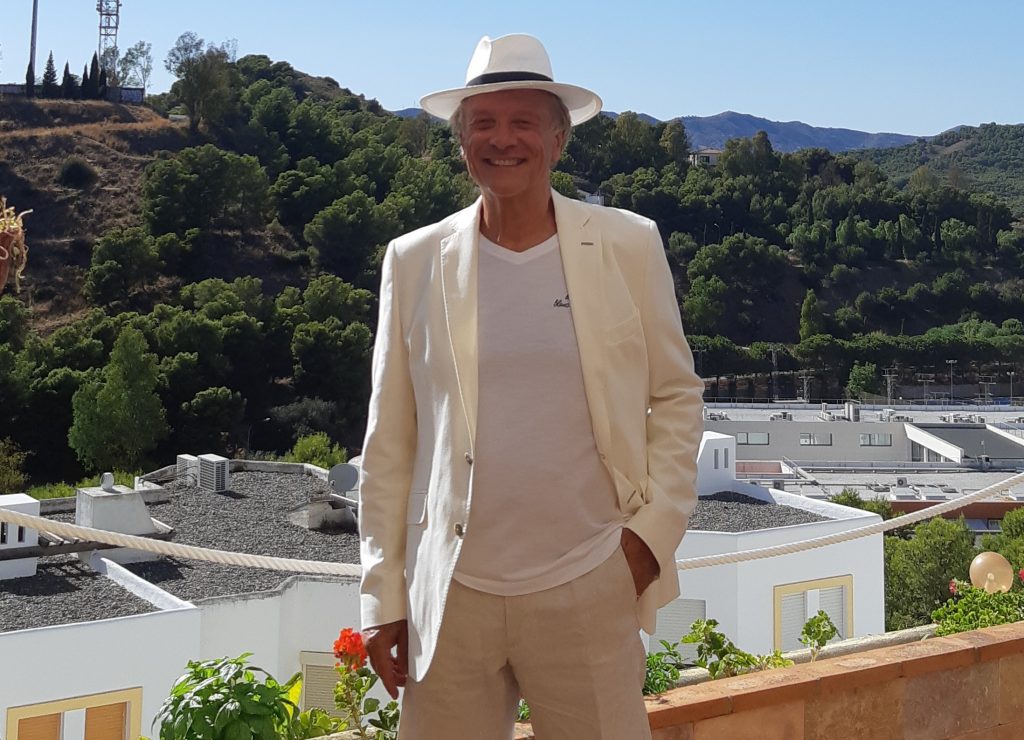 Claude Baigts saw the padel grow since 1990 under his eyes. Both player and actor, he returns to theEuropean Association of Private Padel Clubs, but also gives us his feeling on the development of our sport.

The EACP, an incredible adventure

I accidentally returned to the padel after 15 years of withdrawal. At the request of the mayor of Toulouse, the French padel Open in Toulouse has once again become one of the biggest amateur padel events in the world in a public square: the Place du Capitole.

My return is explained as follows.

It is difficult to refuse the Mayor of Toulouse to relaunch a French Open on the most beautiful Place which offers all the conditions for success: surface area, setting, captive public (50 passages per day), 000-star hotel facing the Place, parking , all energy flows ...

The meeting with Kevin and Alain Tournemire who had just completed the construction of the Toulouse Padel Club, which to date has 14 indoor courts and many activities, was decisive; if private investors in Toulouse embarked on such achievements, it is because padel had a future.

We decided to work on an American model. It is not a championship. It is a European Cup of Clubs by invitation without sporting climbs or descents.

The objective is to allow clubs, coaches, to meet, exchange and create an economy in the padel. And it works: we see that there are many exchanges between our members. Clubs have been able to find sponsors thanks to the association.

In Malaga, next October, we are bringing together 24 clubs including 3 African clubs (Morocco 2, Senegal 1).

We hope that next year, we will be able to welcome the Moroccan, Tunisian and Egyptian clubs present in 2019 who wanted to join us.

In 1992, France, Italy and Austria joined the FIP. I then asked for a meeting to try to get a vote, by a federation. Then I fought to allow the serve-fly to be allowed. The President of the FIP agreed with me as he represented the Argentinian players who were against it. But it was a fair decision as it benefited all new players who came to tennis.

In 2000, the world championship was held in Toulouse. Here too, we had to convince. But we were followed to obtain this 5th edition which was therefore carried out for the first time outside Spain and Argentina. This will allow Mexico in 2002 to organize the 6th edition of the World Cup.

I regret that the Padel development plan in France which was requested of me in 2017 did not immediately receive a favorable response and that it took 2 years to see recommendations being put in place: circuit in public places, Association of private clubs, openness to tournament organizers and protection of private clubs.

The development of padel in Spain but also in Italy, Sweden and more generally in the world is based on 2 elements: private investors and media coverage.

In Spain, private clubs and their investments without subsidies represent more than 50% of the achievements

And with the sponsorship of the future King of Spain at the 1992 World, we had 2 live TV channels. This allowed the Federation to create a circuit: the Beefeater padel Circuit.

At the 3st 1996 World Cup in Madrid, Mr. Jose Maria Aznar, the President of the Spanish Council, padel player, allowed the Spanish Federation to have access to all the media for months preceding the competition. A budget had been set up to create the Spain padel club to support 10 players and 10 players to support private investors in club building through sporting results. The sporting results lived up to expectations and in the following months the demand in the clubs was multiplied by 5.

A succession of missed appointments

Padel has not developed as it should, as there has been a succession of mistakes and a lack of knowledge of padel since its launch in the 70s.

The FIP unfortunately has no financial means since its creation. It should have at least ten employees. There are working groups by continent which have been set up recently, and this is already a very good thing.

We can thank Luigi Carraro. But it's volunteering. Decisions are not made. The machine is difficult to set up, It is in 2020, the weak point of all the federations. As long as it remains as it is, it will be difficult to really develop padel in a sustainable way.

Let everyone bring their skills, we are doing it with AECP and FIP. We opened the door to FEPA under certain conditions.