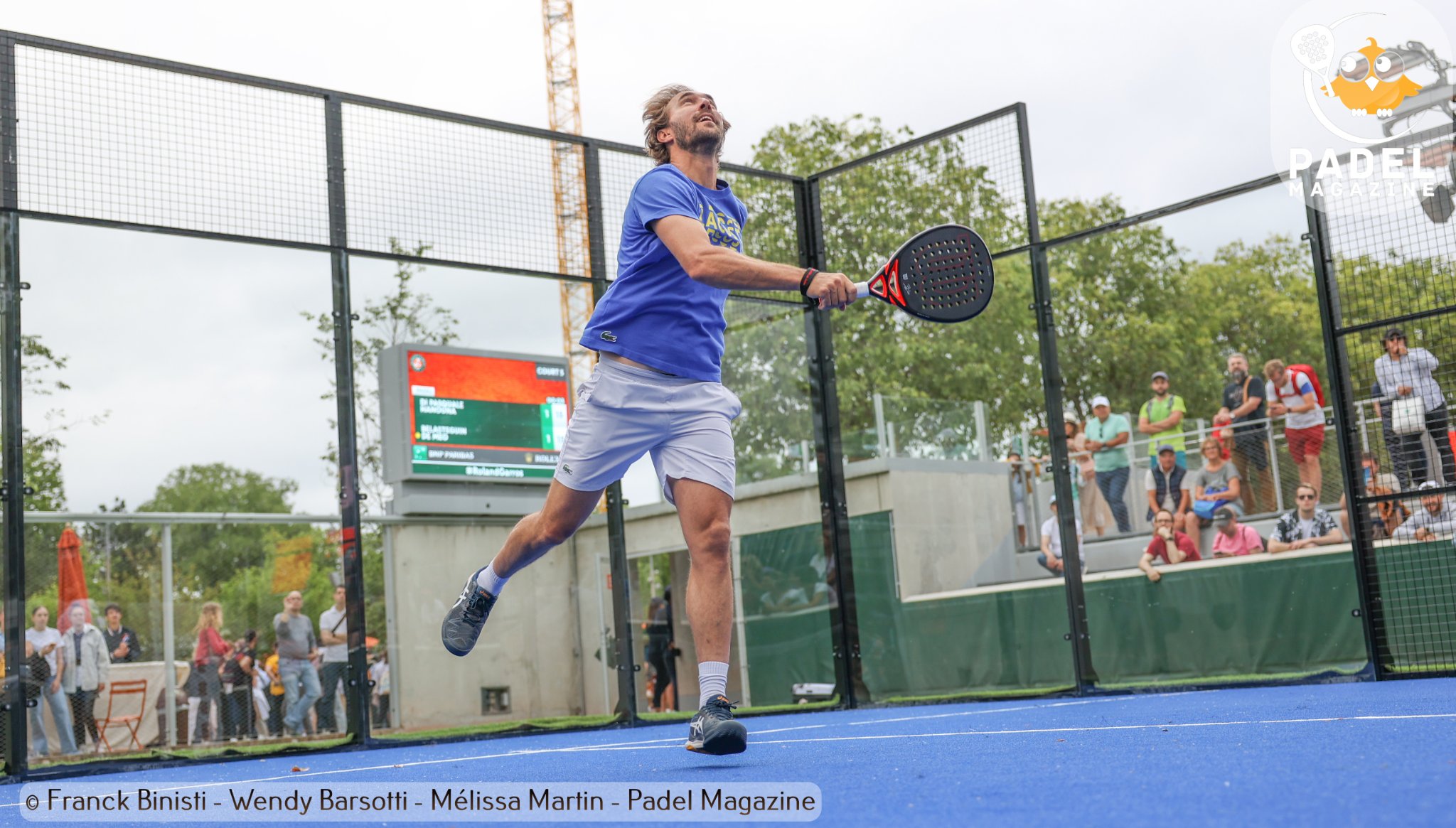 It's no secret that former good tennis players are often good tennis players. padel. Indeed, le padel and tennis are two sports that have many things in common. It is therefore not surprising that people who are very good in one discipline do well in the other. Nevertheless, it is not automatic, so in this article we tell you how to switch from tennis to padel.

Switch from tennis to padel with Anybuddy

Like many players, the Anybuddy sports field rental service has also moved from tennis to padel.

Originally dedicated to tennis, the service has been extended to all racket sports and particularly to padel, which became the second most popular sport on the app.

Today, a field of padel out of three in France can be booked on their free mobile application, available on iOS et Android, or on their website. All you have to do is register on the platform to book land near you.

Let's come now to the theme, namely to become a good player of padel when you come from tennis.

Make good use of the walls padel

The first striking difference between the two sports is obviously the presence of walls padel. And these are not for decoration! You must be able to take advantage of this feature. Arrived at a certain level, it is just impossible to play well without knowing how to use them.

In fact, one of the main mistakes that tennis players make when they start playing padel is to try to hit the ball at all costs before it hits the glass. Often this is related to the fear of missing the ball, as in tennis. Gold, waiting for the ball to hit the glass to hit it often improves quality.

Similarly, on a tennis court, winning shots are often directly related to the power put into the shot. At padel, due to the walls, a powerful strike can quickly turn into an easy-to-play ball for the opponent. You must therefore learn to read the game well, in order to know how much force to put in when.

Work on the different types of smashes

The smash is undoubtedly one of the most complex shots in the padel. There are also several types, which differ according to the position of the players on the field and the ease with which they can make the shot.

Le padel is also more “airy” than tennis. Many more points are played above the shoulder, and lobs are also common. So there are plenty of opportunities to use smashes in padel, and not all smashes are played for the purpose of scoring points.

Unlike tennis, where a smash ideally concludes a point, some smashes are played at padel in order to prepare the point. This is also the case of the most emblematic blow of the padel : the bandeja. And if you observe good players padel hit a bandeja, you will see thatthey don't put all their strength into it! The goal is to play a good area to keep position at the net, and to avoid the foul at all costs.

Here is a blow that we find at padel and tennis, but who is used differently between the two sports. Indeed, perhaps because of its image as a “last chance” shot in tennis, the lob is totally undercut among most novice tennis players. padel.

However, the lob is as important as the smash at padel, but it has the defect of not being so “sexy”. Besides, the best players don't rely solely on their devastating smashes, but counterattack well and rely on forced errors and points earned from excellent lobs.

So once you know how to defend and use the lob correctly, the padel seems much simpler to you.

Adapt your movements between the two disciplines

As a rule, a tennis player moves on the court with lateral movements. At padel it's the opposite ! As the padel is always played in doubles, it is especially necessary to move from front to back.

Thus, a major mistake made by tennis players on a tennis court padel is not adapting sufficiently to the size of the terrain. Gold to win padel, you have to dominate the field by playing from the back to the front. You don't just have to stay at the net and try to defend all the balls on the fly.

You now have all the keys in hand to use your knowledge of tennis on the slopes of padel.