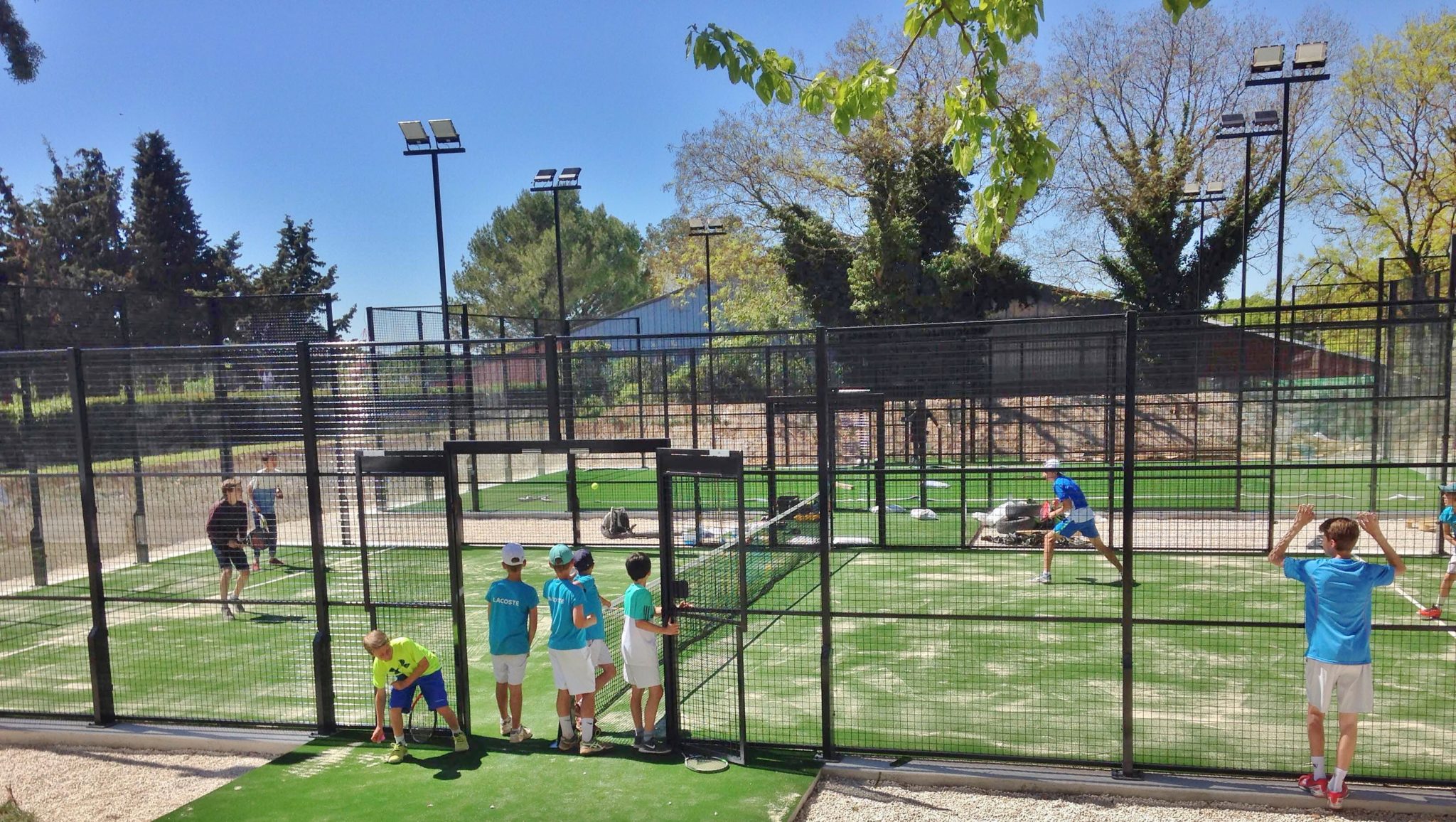 The inauguration of the Padel Aix Country Club will be held on May 7. At the origin of this project, David VINCENT, active member of the Aix Country Club and especially founder of Squaw Creek Padels based on a particular model ...
[src googlemap = ””Width =” 150 ″ height = ”150 ″]

Franck Binisti - How did you get started in padel  ?

David Vincent - The idea of ​​putting padel in this club that I was a member of the office came to me one morning.

Why not propose a new project at the Aix Country Club who already had the will to create padel courts on this beautiful site where is also the headquarters of the league Provence?

It was necessary to convince the various managers of the club to put these padel. They trusted us and from May 7 the Country Club Aixois will offer an additional activity: the padel.

FB - You started your company squawcreekpadels. It is based on a particular model ...

DV - The Squaw Creek Padels model is original: More than a new padel center, this is a new concept, where tennis clubs do not invest a single euro, but in addition recovers a new source of revenue for clubs.

Basically the Squaw Creek company Padels invests all costs related to the installation of padel and in return offers the club to share the revenue related to the padel.

FB - How does it work to play the club?

DV - Commercial policy will be unveiled on June 22. Without revealing too much, I can say that there will be 2 possibilities for a person to play and subscribe to the padel club:

1 / If you are already a member of the Aix Country Club, there will be an attractive formula for playing padel.

2 / No worries if the player is not a member of the club since he can directly subscribe to the Padel Country Club.

In the meantime, we want to discover the padel, the club and create a group of enthusiasts. This is why we are offering interested players to join the Padel Country Club Community. By registering on our site, the members of this community will be able to play for FREE during the next 8 weeks.

Tristan Barre will be the site manager. It will offer padel training, courses and animations from the opening of the site.

If the club works as well as expected, 2 other fields could emerge soon.

The visibility of this club padel is huge first because it is the Aix Country Club which is one of the most popular tennis clubs in the region, then because it hosts an international tennis competition every year: the Challenger Open from the Pays d'Aix.

The inauguration of the center will take place on 7 May at 11h during the semifinals of the international tennis tournament.

FB - Can this type of model work without being on site?

DV - We think so with regard to the management of reservations, collections and access. But there will always be someone on site totally dedicated to running and managing the club. In Country, Tristan Barre is a perfect manager. He will be able to boost activity there padel. The Country Club Aixois already relies on a huge pool of tennis players who are just waiting to play padel. Other tennis clubs that do not necessarily have the means to invest in the padel can embark on the adventure padel by limiting the risks and lack of cash. Squaw creek Padels really has the will to develop the padel and to democratize it as much as possible.

Interview not Franck Binisti at the Country of Aix