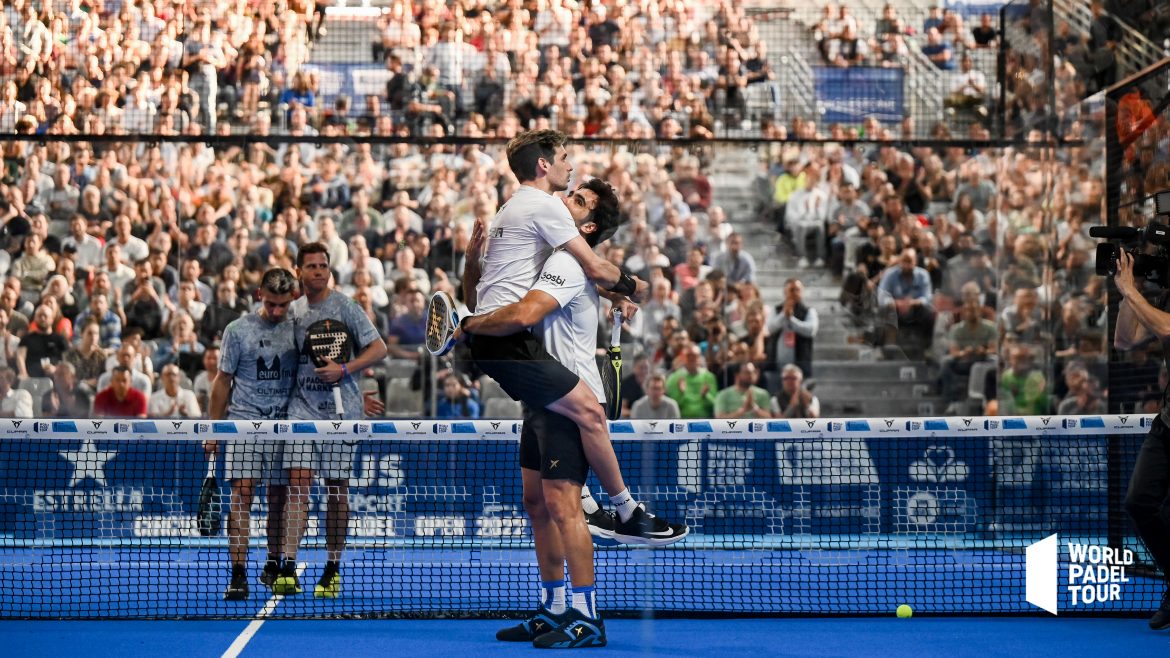 For their first tournament together, Pablo Lima and Franco Stupaczuk offer themselves the scalp of the head of series 2: Paquito Navarro/Martin Di Nenno!

The surprises follow one another in Brussels! The latest is of course the elimination of Paquito Navarro and Martin Di Nenno in the quarter-finals.

Somewhat to everyone's surprise, the winners of the Vigo Open were jostled by two players who are playing their very first tournament together in Belgium. A 6/4 7/5 victory which automatically becomes the first benchmark success of the Stupa/Lima duo.

The choice is already paying off for the Brazilian, who will play his first semi-final of the season tomorrow. It will be against a player he knows by heart, Fernando Belasteguin, and his partner Arturo Coello. The Hispano-Argentinian pair showed a steel mind to dismiss Fede Chingotto and Juan Tello after being down 4/1 in the third set: 6/2 6/7 7/5. We are expecting a big shock this Saturday!

For the rest of the men's semi-finals, it's HERE.