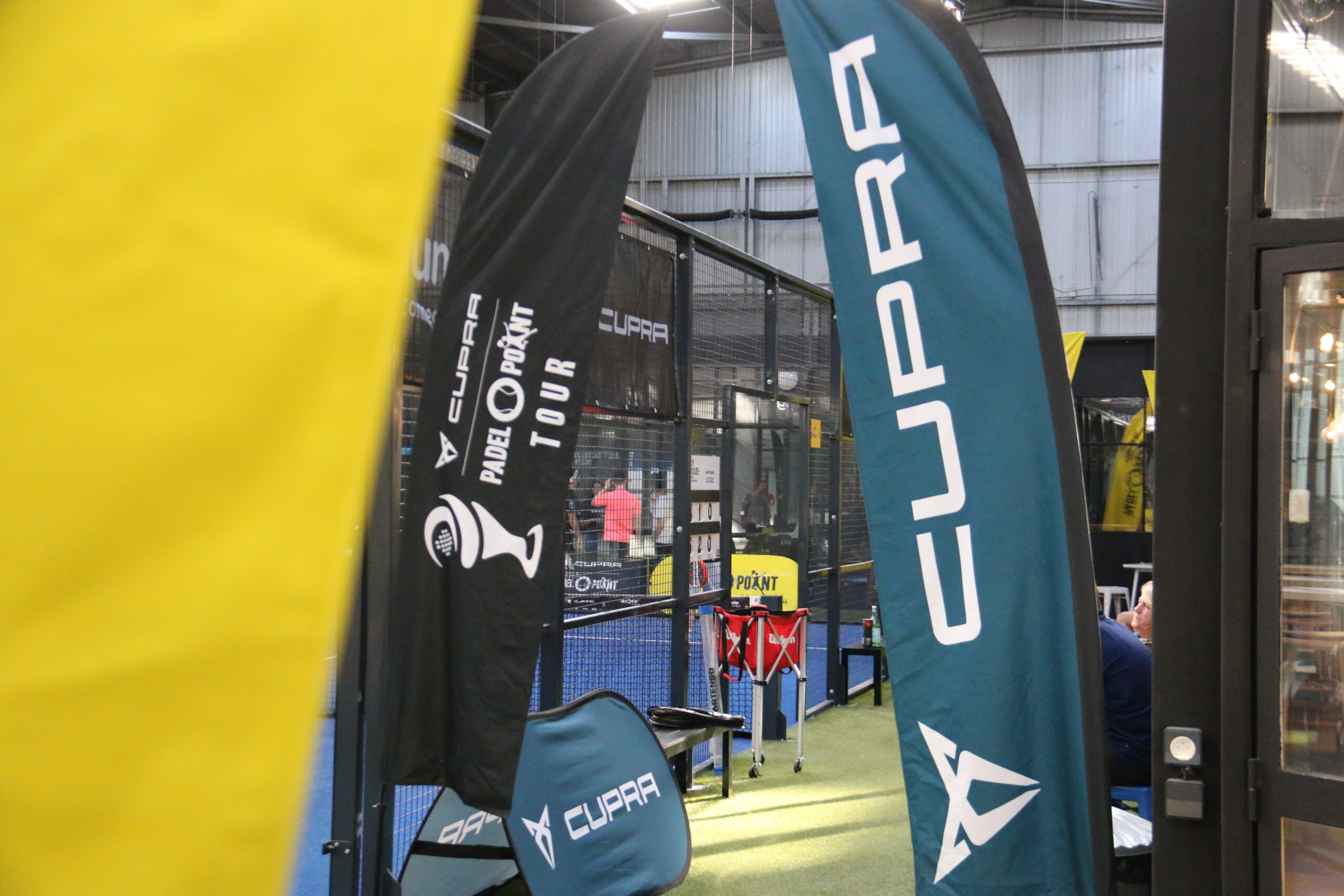 It was a very busy day at the club. Padelshot of Caen-Mondeville. As we mentioned in a previous article, this stage of Cupra Padel-Point Tour promised us an exceptional program. And it did not miss!

While the morning got off to a flying start with the start of qualifying for the P500 from 9 a.m., things were gradually falling into place. Around twelve strokes of noon, the simultaneous arrival of Jérémy Scatena, Maxime Forcin and Tom Mitjana announced the color. We were guaranteed that we would be entitled to a remarkable spectacle. As soon as he arrived, Jérémy Scatena didn't hesitate to “shake up” the initial program to hit a few balls in the company of Mélissa Martin with young children, giving them lasting memories.

But then the day really got going, with the start of the “clinical” sessions. These PRO-AM sessions, which have always been a success since the launch of the circuit, have still been so today. With a veritable flow of people wanting to rub shoulders with the cream of the padel French people like Jérémy Scatena, Melissa Martin, Maxime Forcin and Tom Mitjana, the atmosphere was there. Between good humor and the desire to snatch a point from these top players, everything was in place for us to have an excellent afternoon.

Just after, the exhibition match followed which was a real delight for lovers of padel, as the players had decided to spoil an audience conquered from the first point. Jérémy Scatena had promised that he would treat us during the exhibition during an interview conducted before the match, and he did. Under the applause of an assembly seduced by the spectacle offered on the court, the exhibition ended marvelously.

The animations have perpetuated the "tradition" that we now attribute to them on the Cupra Padel-Point Tour, with in particular a real attraction for the One Point Championship which had almost never brought together as many participants as today. A real godsend for the organizers… but especially for the spectators.

The entire P100 took place this Saturday, April 7 and it is the duo composed of Thibault and Edouard who won this Caen edition of the Cupra Padel-Point Tour.

Regarding the P500, the final table will take place exceptionally this Sunday, April 8, with the program: the 8th, the quarters, the semi-finals as well as the final.