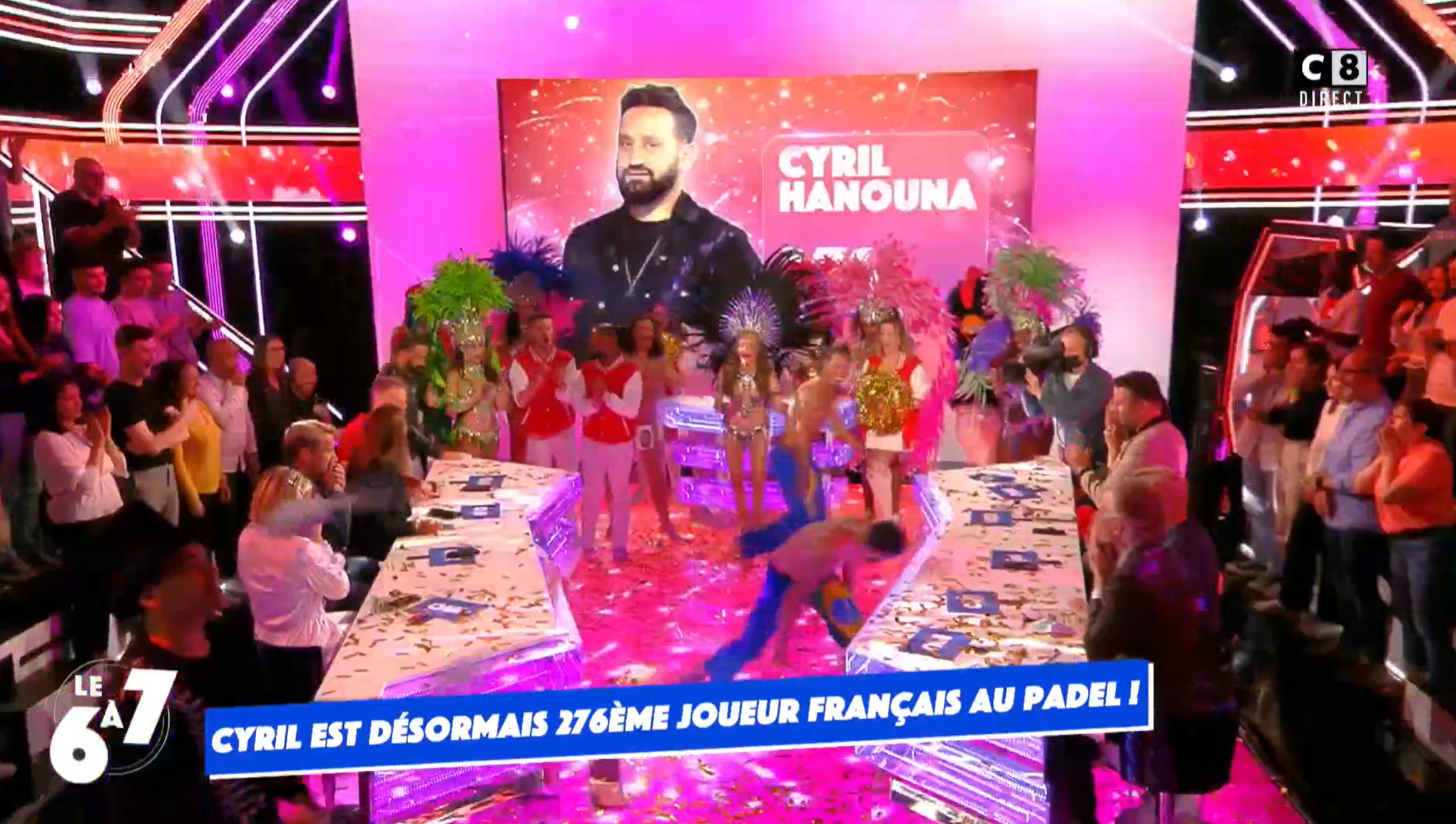 “Yesterday again I was ranked 380th French player, and I said that if I was in the top 300 I would have a big party.”, was introducing Cyril Hanouna, the enthusiast padel.

Cyril therefore recounted his rise in the French ranking with suspense, keeping all his viewers in suspense. Like a result of a presidential election, C8 posted the new ranking of the emblematic presenter of TPMP: 276th!

That's when dancers and confetti appeared on set to celebrate the promised "big fiesta."

You can consult the analysis of the moment below.