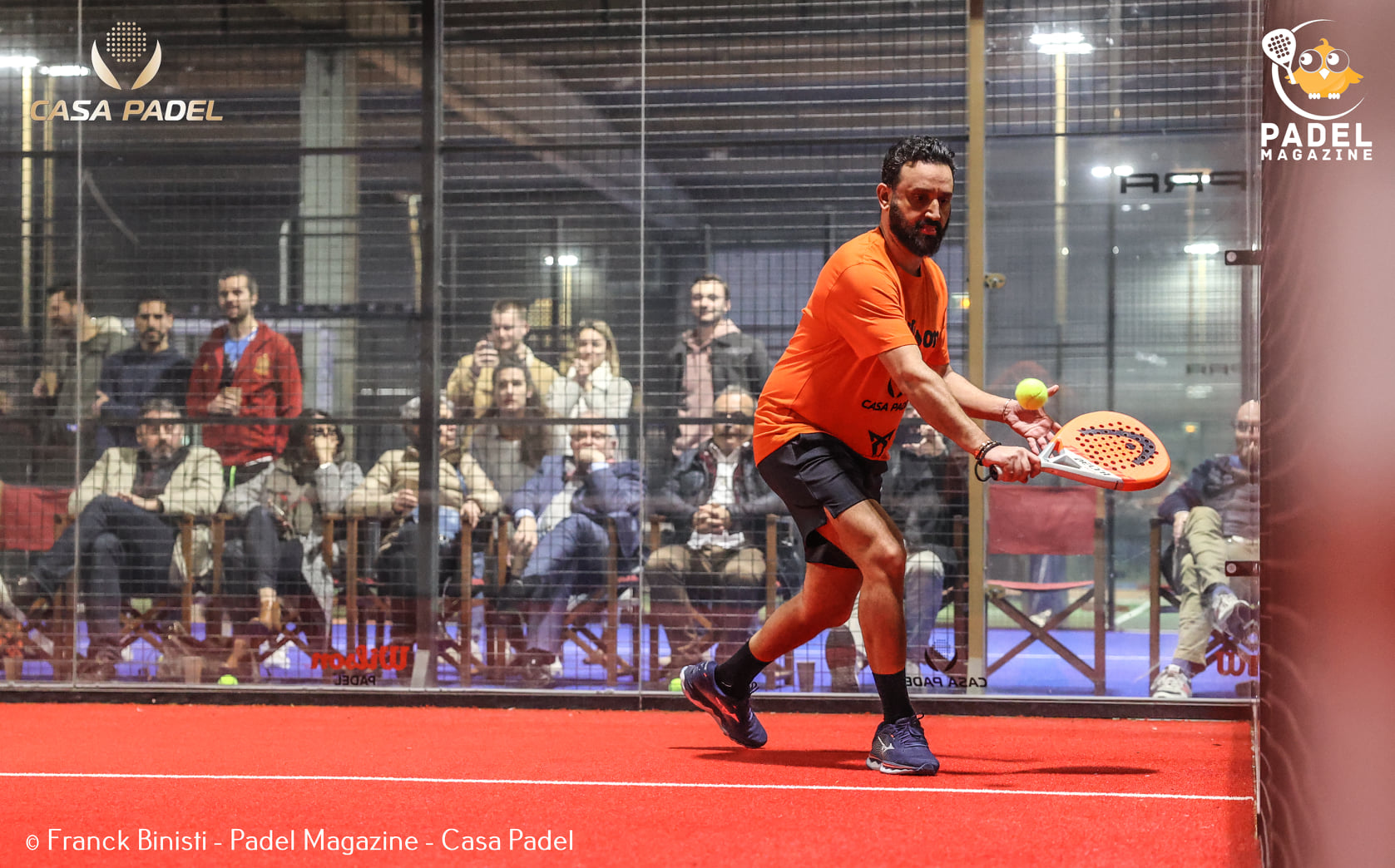 Occasionally of the arrival of world number 1 Ale Galan at Casa Padel, Padel Magazine interviewed Cyril Hanouna. The TV host opened up about his personal goals in the padel.

Cyril Hanouna: “Indeed, we may be talking about a P1000 in the south of France, but nothing sure yet. Honestly, I enjoy it. I'm going to tell you an anecdote: it's that I really got into padel when I saw you play pyramids club. You were playing with Thomas Mitjana and when I saw you play, I said to myself, I want to be like them. Well it's not the case yet, I'm not at the level but I'm working. »

Franck Binisti: Can we say that you are persevering and that one day you have the ambition to participate in the French championships of padel ?

Cyril Hanouna: "Oh yeah, I'm not giving up. Afterwards, I think you shouldn't dream anyway. Already, I rely on the ranking. If I arrive top 400 French, it's huge. The idea is to be top 400 and obviously stay there because otherwise, it's too simple, you play with good partners. If I get top 400, I have a great party and top 300, it's madness. 8000 people, 4000 sound boxes, I call David Guetta who is my friend, I bring everyone and we make the headlines Padel Magazine. Really, I'm happy because it's exploding, there's a good atmosphere as well. In fact, I made a lot of friends. »

Franck Binisti: We know that you are a tennis player, do you still play?

Cyril Hanouna: "I completely stopped, I don't play at all anymore. It must be a year, a year and a half since I touched a racquet. I couldn't explain it but I don't want to anymore, I'm so into it padel I don't see the point. I don't think I can play anymore. Disgusting shots are my specialty, this sport was made for me I think. (laughs)”