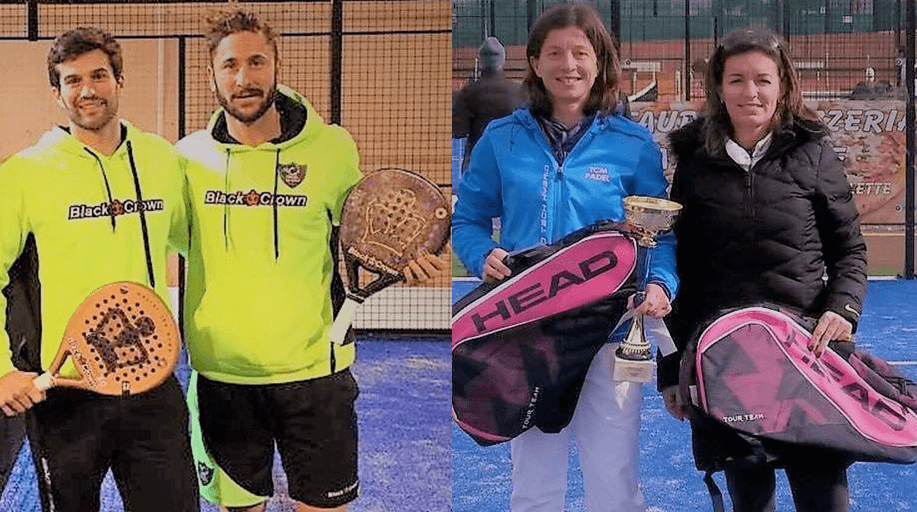 The Tennis Club Toulonnais, chaired by Noël CURNIER, organized the 11 and 12 February, as part of a qualifying stage of the "Head Padel Open", a P250 gentlemen and P100 ladies.

It was for TC Toulonnais the first padel tournament homologated since the beginning of his adventure in the padel. The favorite pair MOREAU / FERRANDEZ responded by winning the tournament.

This tournament was organized in collaboration with the partner HEAD, and led by a team composed of the referee, Jérôme SCIARRINO, Sports Director of the Tennis Club Toulonnais, and Christian CALVET, member of the Steering Committee, who assured animation.

The locals are doing well

The premises of the TCT, Anthony WARGNIER associated with Hubert ARRES-CHEVALIER bowed to the dangerous pair CAYLAT / HENRYOT, having played 8 no-ad! The latter did not go far from the feat by bowing 10 / 8 in the super tie-break against the future winners of the tournament. 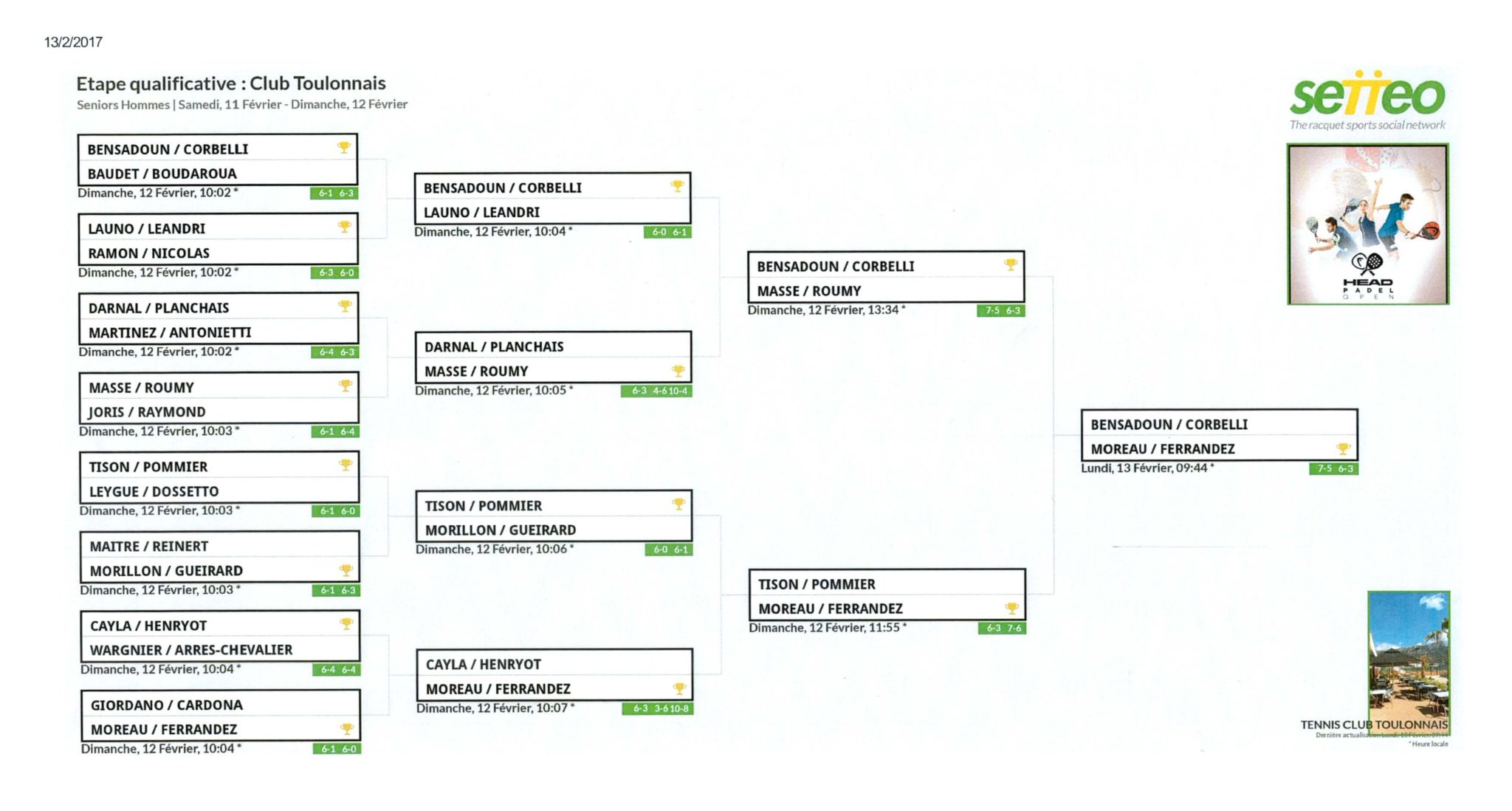 MOREAU / FERRANDEZ not far from going out

Yet tournament favorites could have come out of the tournament in the quarter-finals. Faced with CAYLAT / HENRYOT, the mass was far from being said since it will be able to return to 1 set everywhere (6 / 4 3 / 6). The super tie-break was very hung but the experience of MOREAU / FERRANDEZ certainly managed to tip the balance in their favor (10 / 8). Note that the pair CAYLAT / HENRYOT had already made speak about it a few months ago in Aix. Woe to the pair that will fall on her in the first rounds. 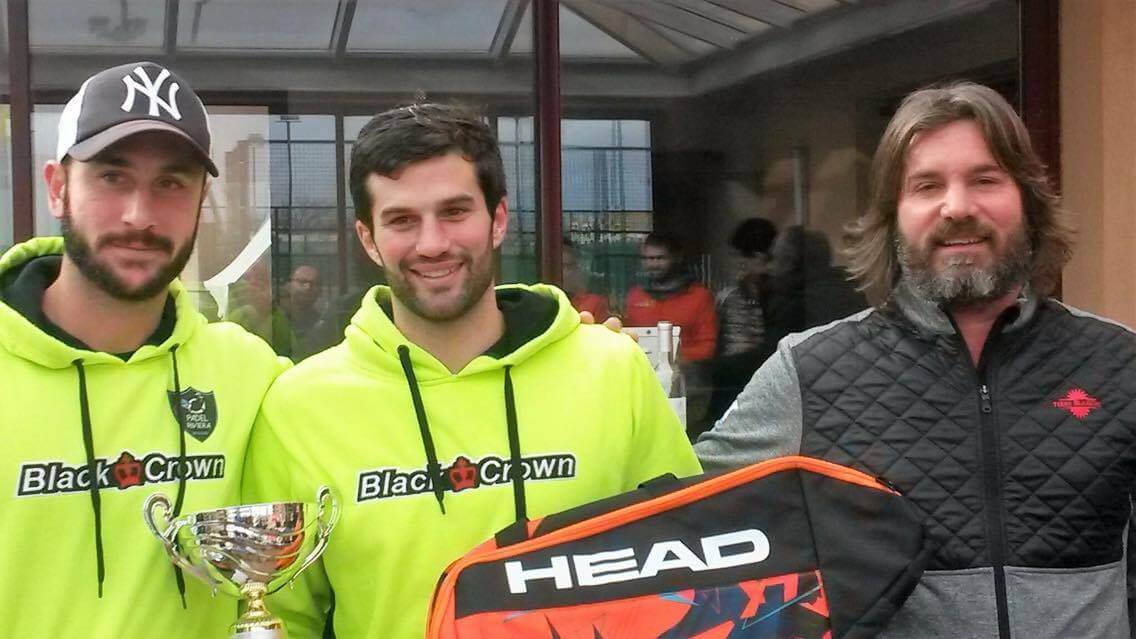 On the women's side, in a pool of 4 teams, the victory went to Marseille, Sandra DALAIN / Anne-Laure PANICHI. An expected victory for these big favorites on the female board.

With Christian Calvet on the turntables!

The event was hosted by Christian CALVET, with announcements of the launch of the matches, presentation of the players, follow-up of the scores, and some jokes that helped to relax the atmosphere!

Saturday, in the presence of many local and departmental personalities, a cocktail was organized for the inauguration of the padel.

An awards ceremony with an aperitif closed the event, in joy and good humor, with players and organizers delighted this weekend.

Tennis Club Toulonnais has already scheduled its future events:
=> the 8 and 9 April (P250 gentlemen, P100 ladies)
=> the 17 and 18 June for a qualifying Inter-region at the French Championship.