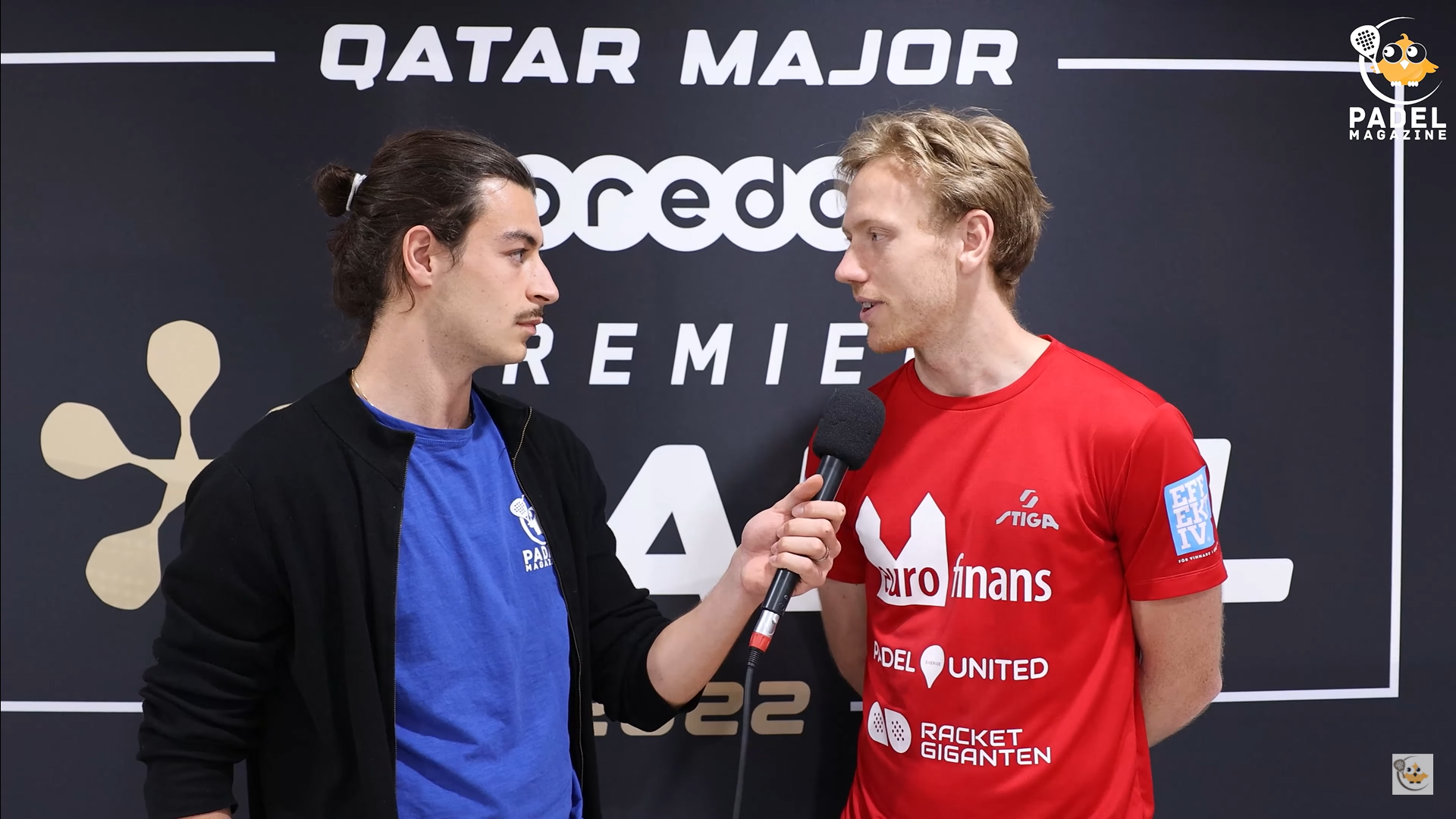 “We lost a very big battle against the world numbers 1, I have a bitter taste in my mouth”. This is how Daniel Windahl, Swedish number 1, sums up his loss to Lebron and Galan in the round of XNUMX Premier Padel Qatar Major.

Padel magazine : Despite your disappointment, we really had the right to a very pleasant match with a good fight on the court. Did you feel that too on the track?

Daniel Windahl: “Well I felt really good on the court, a little more stressed than usual honestly. I made a lot of little mistakes that happen against exceptional players like them, and unfortunately today it weighed in the balance. »

Padel Magazine : Yesterday a Frenchman, Benjamin Tison, played against Lebron and Galan, today a Swedish player fought well against the world leaders. This is good news for the padel worldwide to see French and Swedish players fight at the highest level ?

Daniel Windahl: “Yes of course, I watch Ben play a lot, Johan Bergeron and all the other French players. Ben is doing a fantastic job, and I think he inspires a lot of international players who have the ambition to follow in his footsteps on the world circuit. And of course, I would like to follow a route similar to his as well. »

“This tournament is a step towards professionalization”

Padel Magazine : In Sweden, you have many fans. Can you feel this fervor, this passion behind you on the court?

Daniel Windahl : “Yes of course, if you play matches of this quality, whether it's yesterday or today, you feel like your phone is exploding. With in particular the fans who send you their encouragement, who wish you the best, and who want the success of the padel Swedish. It is an exceptional support that I receive from “home”.

Padel Magazine : You are there in Doha, discovering the new circuit “ Premier Padel ". Is this the beginning of a new era for the padel ?

Daniel Windahl : “I think the way they organize things is a bit like the way the biggest tennis events are organized. the padel is brought in the near future to become more professional, and I hope that this tournament is a step towards this professionalization. »

The interview can be found here: