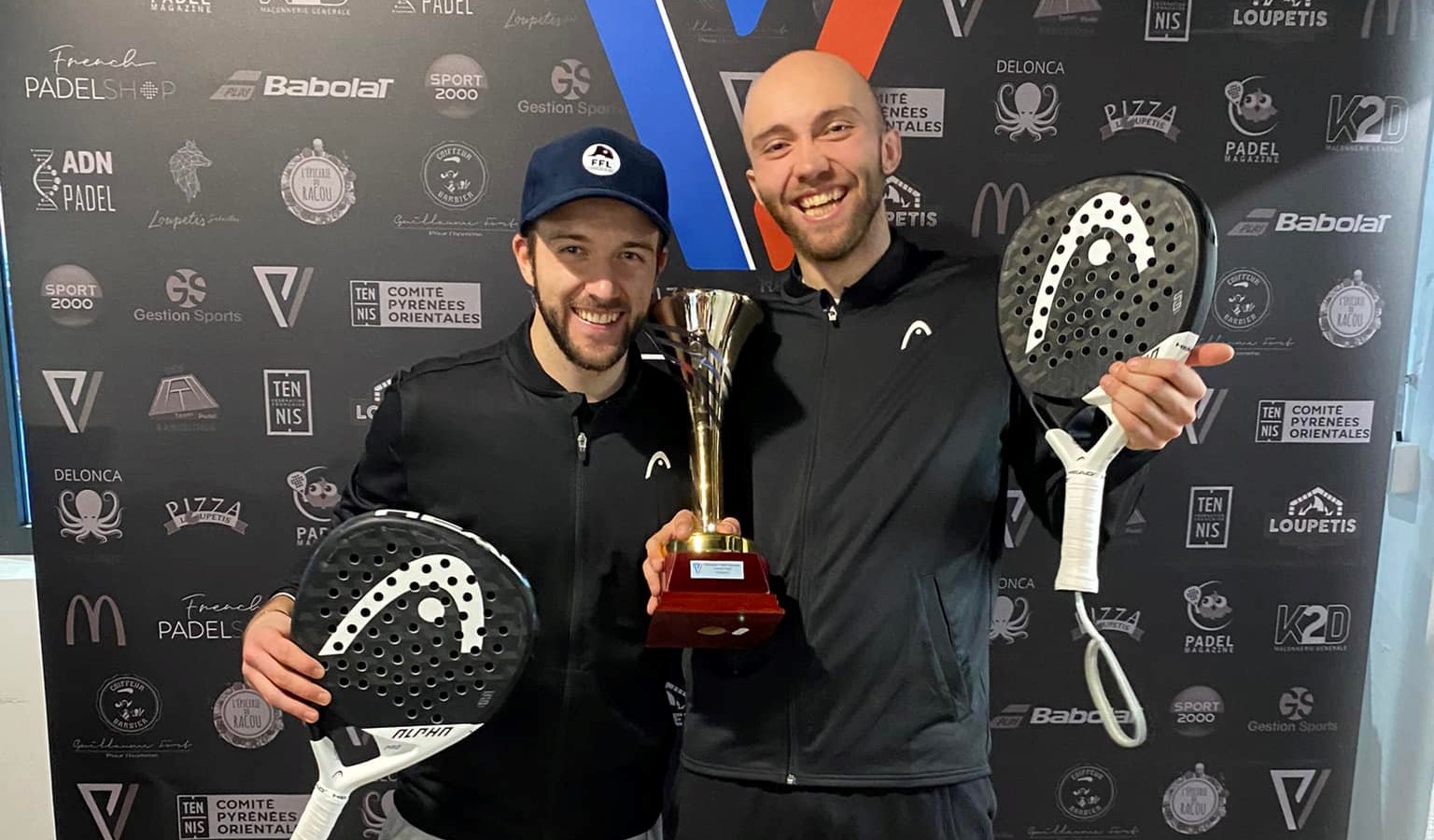 Dorian De Meyer and Thomas Vanbauce won the P1000 organized by Viapadel at Central Padel from Perpignan this Sunday.

Opposed to Simon Boissé and Nicolas Trancart, the young people of Bordeaux had a solid match to come back after the loss of the first set. They finally won 3/6 6/3 3/0, Simon Boissé, injured in the hip, having been forced to retire. Third place went to the Armagnac/Cancel pair, while Morillon and Sanchez finished fourth.

De Meyer and Vanbauce, both 16th in the classification, therefore won the second P1000 of their young career (after Béziers last year). After reaching the final in Limoges and in Dunkirk, the people of Bordeaux continue to climb the ladder in France. They are becoming more and more one of the pairs to follow and we would not be surprised to see these two young people aged 24 and 25 respectively at an upcoming gathering of the France team.

In addition to the P1000, there was also a men's P250, a women's P100, a men's intermediate and a women's leisure. You will find all the results of the weekend and the information concerning the upcoming tournaments on the Via's Facebook pagepadel.