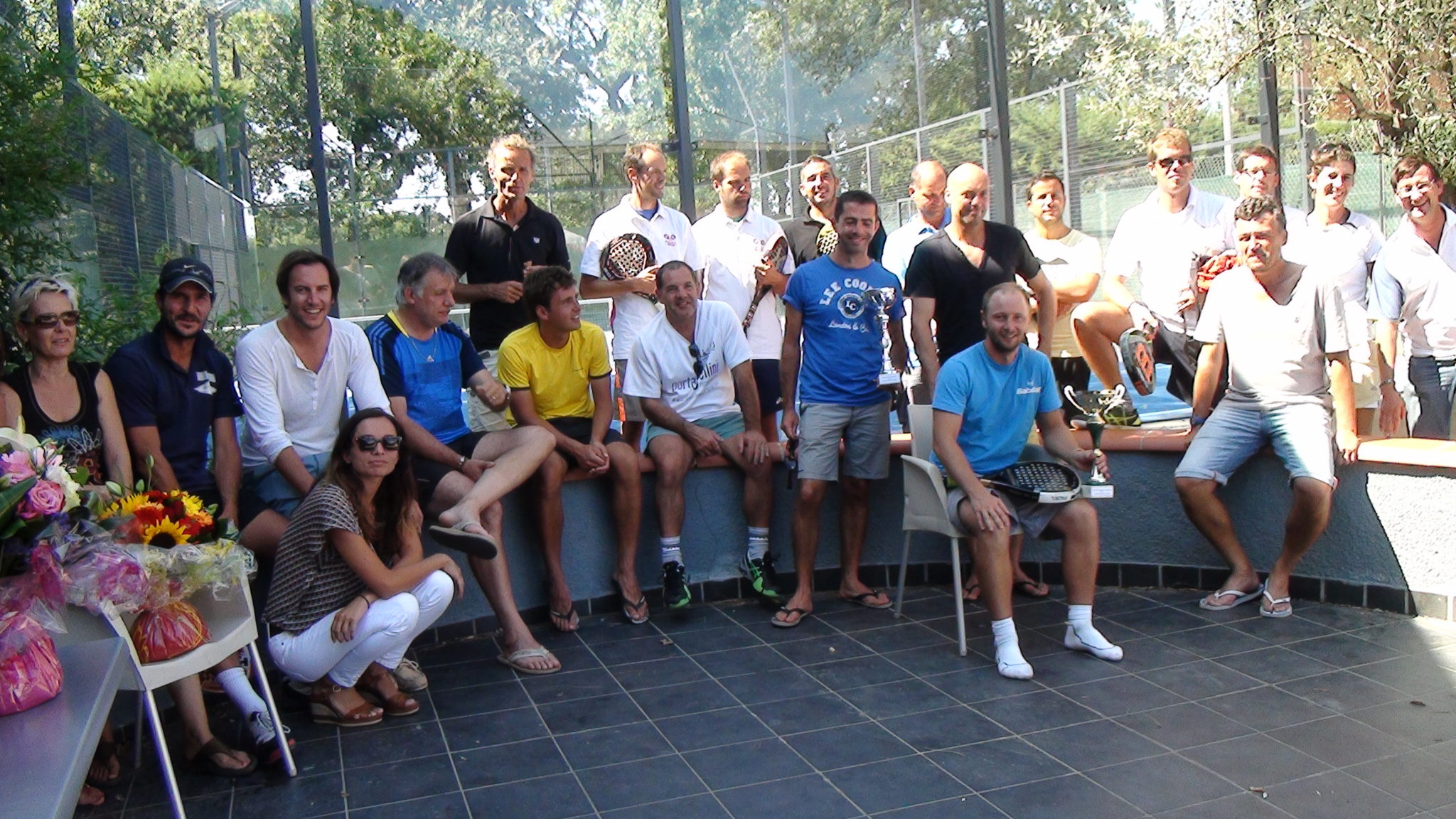 Padel Magazine - On August 31 and September 1, the Mas club hosted the Master of the LNP (National League of Padel) from Perpignan.

It is a club where the Padel has been in the spotlight for over a year now, three pitches are installed around the club house, ideal for having a meal in front of a beautiful match of Padel. In addition to the facilities which are perfect, it is the welcome from the club leaders which is exceptional.

Nine teams were involved in this Master. Three teams represented the local Club du Mas, three others played for Laval (Congratulations to them for making this long trip!), A team from Toulouse, one from Carcassonne and finally one from Paris.

Spread into several pools, the teams had to come out first in their pool to reach the quarter-finals.

From the pool matches, matches were hung.

The show began in the first games with the brother Binisti (Pyramides / Paris) against the local team composed of Frédéric TAP and Pascal GNISS (club MAS / Perpignan). The Paris team had to bow down to a team that was going to be the first out of their group.

Another match was decisive for the last qualifying place for the semi-finals which opposed 2 Laval pairs: GARNIER Justin / TOUZARD Pierre against BOISSE Simon / DEVRAND Samuel (victory of Justin and Pierre).

A thought to the legendary Carcassonnais too and in particular to André who was injured in the calf in the first match. No doubt they would have been much harder to beat if they had been to 100%. In the end, the Carité / Forget, Henry / Talairach, Tap / Gniss and Garnier / Touzard pairs are qualified for the semi-finals.

Laval teams have also emphasized their motivation and competitiveness. Indeed, despite teams from all over France, Laval shone by its talented and numerous representatives. 3 teams from the north wanted to make the law. Nicknamed the "Vikings", they are almost there.

Do you go on Sunday morning for the semi-finals, unless we talk a little about the evening of Saturday night? The tapas, the bars, the "street of thirst" ... But let's go ... It was a relatively "quiet" evening and the protagonists of the semifinals arrived on the courts at 9 hours and we could not be more motivated!

Congratulations to the spectators who were also present at this early hour to encourage the players (ok especially 2 local teams, one in each semifinal).

And arrived the final. The Perpignan team had clearly decided to play exclusively on Clément FORGET. But what they did not expect happened.

While at the beginning of the first set, the premises seemed to take control, Clément showed his strong character by opposing any inclination of the opposing team. Laurent TALAIRACH had his legs cut in the proper sense of the word.
Obviously, Cédric Carité no longer present, often defended his teammate by typing irrattrapable smashes.

In the end, the Carité / Forget pair is the national champion after a win in 2 sets 6 / 3 7 / 6. Congratulations to Clement for having defended enormously, and to Cedric for his fifty winners!

To finish on a small wink to Laurent Talairach to read our article on the website of padel magazine about the importance of staying hydrated during matches. Laurent has finished the tournament full of cramps!

[highlight] You can find all the photos on our facebook page or many videos on our Youtube channel. [/ highlight]
FINAL CLASSIFICATION:

2 comments on “The national master of the LNP: Crazy games!"