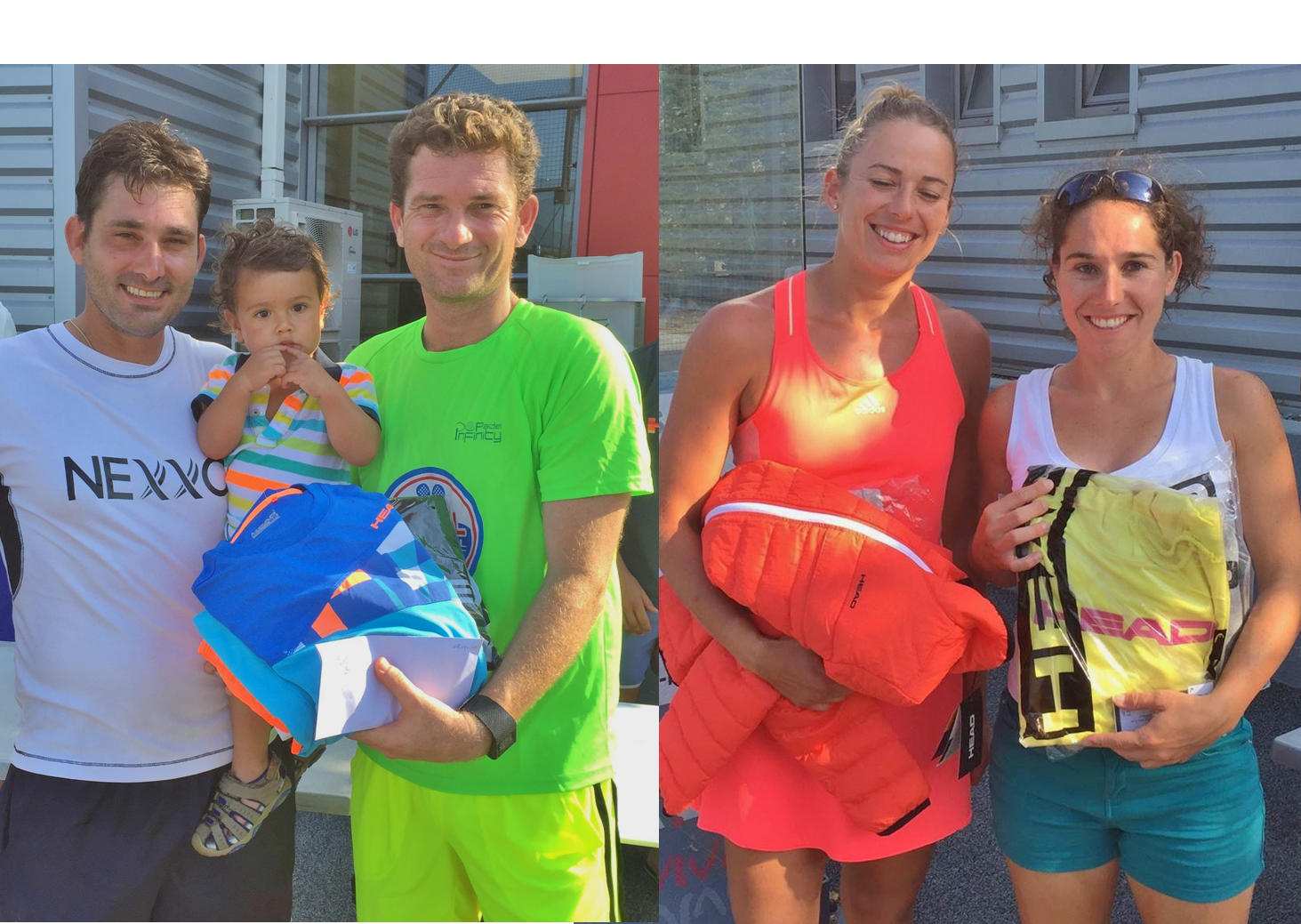 It was under a blazing sun that the OPEN DE took place PADEL HEAD at the MAS the most successful tournament of the year. With a total of 62 teams from the North (Paris, Laval) and the South (Nice, Aix and Girone), this tournament promised to be of high quality and it was.

Among the men, Pier GAUTHIER finally won his first tournament at the farmhouse, well supported by José Luis SALINES player of the World Padel Tour. The finalists were nevertheless formidable since they were the best pair of the provinciale of Girona. Sergi CURTO and Albert FAXEDAS. However, perhaps for some with surprise, the pair 100 Spanish% tilts 7 / 6 6 / 3 against the Franco-Spanish pair.

Note the fine performance of the LAPOUGE / VEBER and CORBELLI / VINCIGUERA pair. Of the 4 100% Spanish teams entered, 3 were eliminated in the quarter-final, proof of the progress of the padel French. The team HEAD was also well represented with Pierre Etienne MORILLON and Laurent DE BARBEYRAC.

In category 2 note the victory of LAGUARRIGUE Brothers ahead Xavier BONIT and Kevin CORCOY. In the girls Sophie GALY and Stéphanie BIROSTE confirmed their progress against a promising pair Fiona LIGI and Claire LEFEVBRE.

Saturday the big party gathered near 70 participants around a fideua and the music.