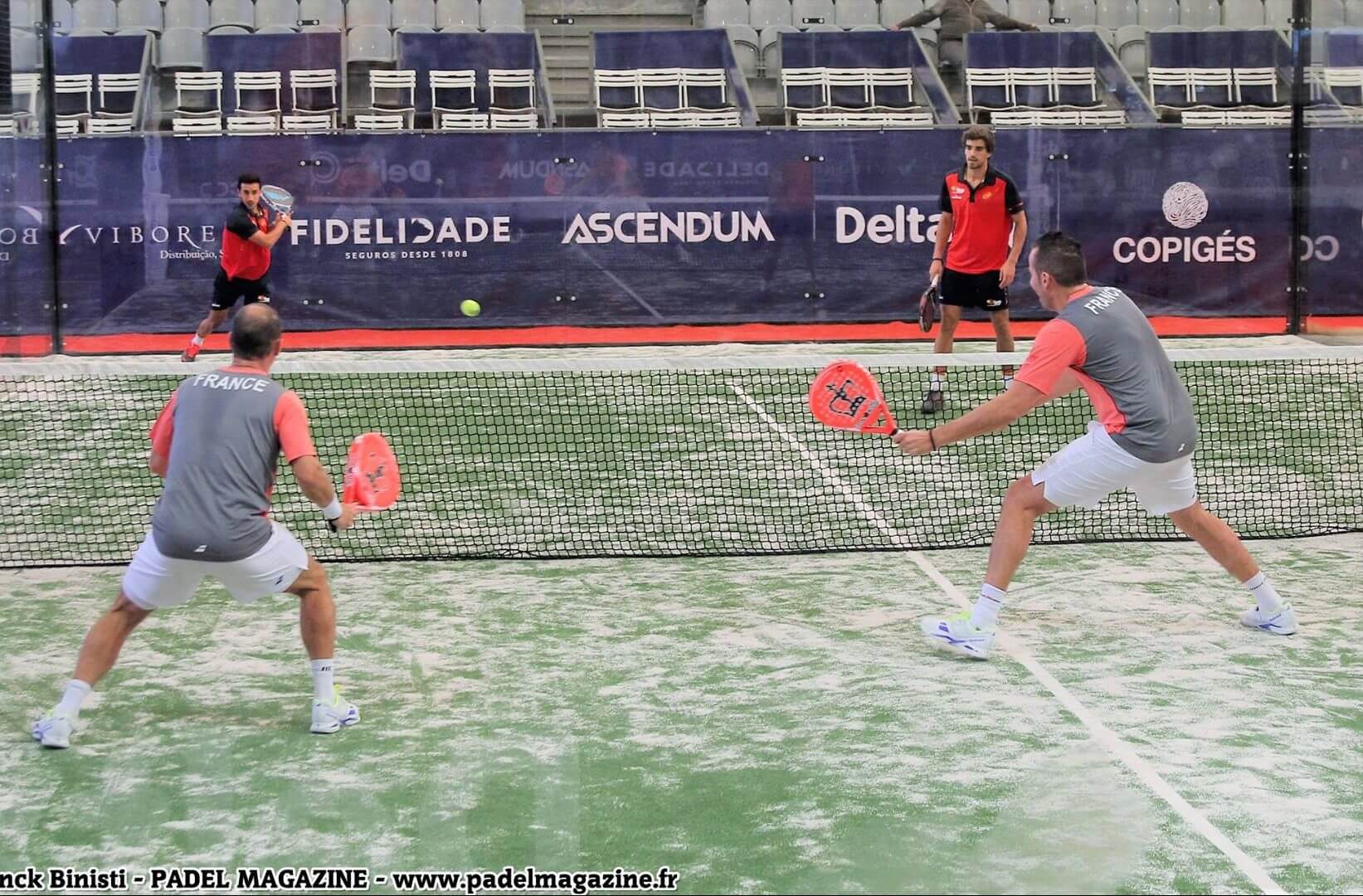 Even if it is not the big competition: The world team which starts tomorrow for the men and Wednesday for the women, the International Federation of Padel organized an Open which brings together all pairs from all nations except…. Spain, Argentina and some other pairs like the Brazilian and world No. 1 Pablo Lima are absent from the tournament ...

But, the absentees have always twisted!

Very interesting day, not because France was able to win all its parts, but because it is competitive against very good world pairs.
Black point of the organization: All the women's matches were played outside the village padel and indoor, while the World Cup will be played mostly semi-indoor. Could we do otherwise? Not obvious, but for the general atmosphere, it's a bit of a shame.

On the ladies' side, the champions of France are still in the race. The Casanova / Clergue pair has been relentless as they win their 2 games by showing the muscles. Unfortunately, for our European vices, Damiano / Berard, they lose in 3 sets: 7 / 6 2 / 6 6 / 2
Sorel / Godard and Ginier / Collombon lost in the second round against some very serious pairs, including Sorel / Godard against Argentine champions EYHERAGUIBE / OSORO.

With the men after this big day of padel, there are only the French champions of padel in the main draw after winning their 2 games relatively easily. First against the American pair Alcantara / Chun, the French will achieve an almost flawless: 6/1 6/2. The second match is a little more complicated, especially in the first set won 7/5. In the second set against the Lerdo / Lopez pair, Haziza / Scatena managed a very good set to win 6/3.

The pair Lapouge / Veber achieved a very good course to bow in his second match against the seed of the table No. 1, the Spanish pair: Lebun / Cepero (top 20 world). The French perform a magnificent first set by defending against the Spanish. In the final, she has to bow 6 / 4 6 / 1. But it comes out swollen block for the global starts tomorrow.

Continuation of the Open tomorrow morning and start of the Team World tomorrow afternoon for the gentlemen who meet Paraguay.