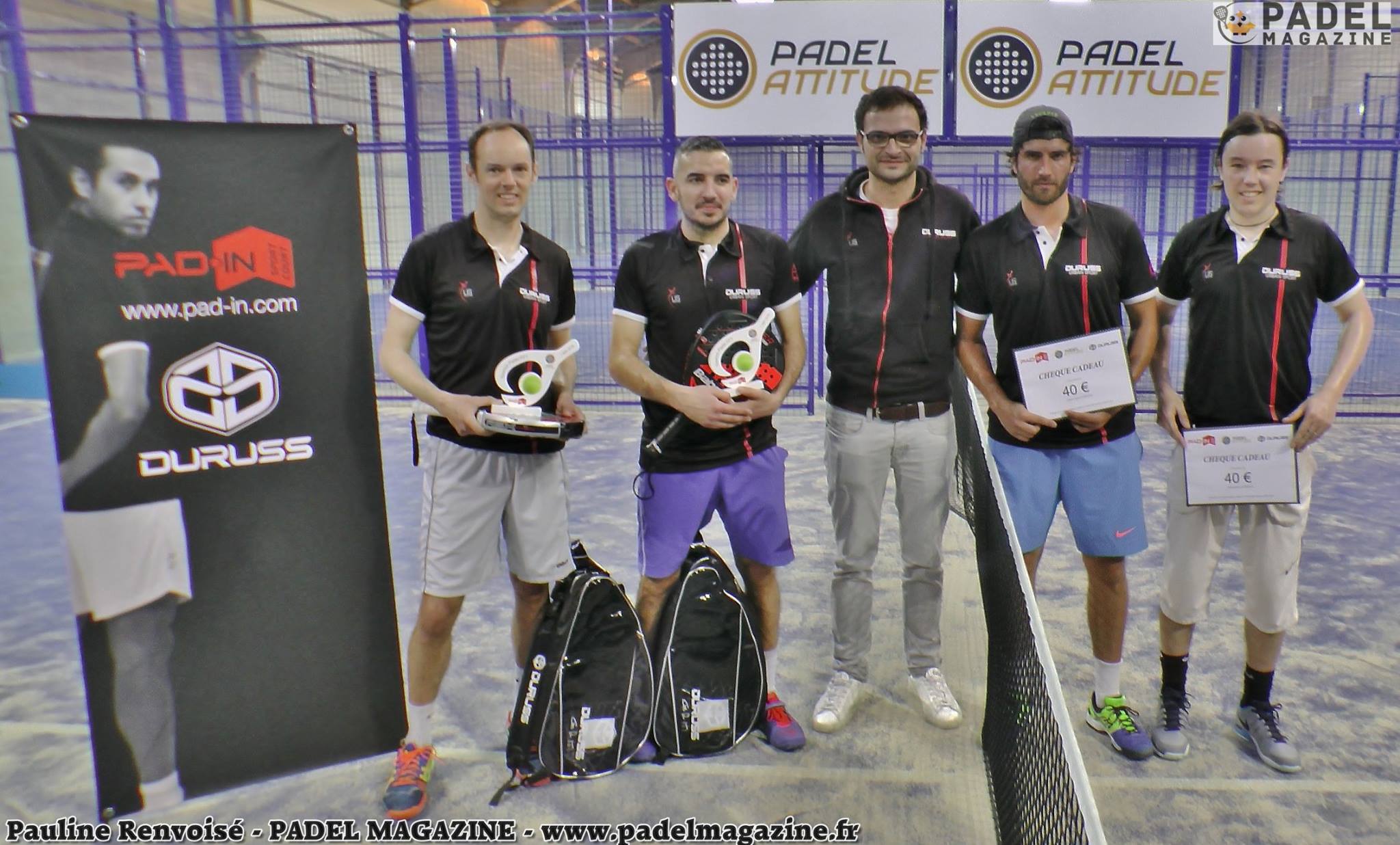 This week-end, Padel Attitude / Pad In offered a big tournament padel approved composed of 25 pairs coming from all the north of France. The players of Laval had responded with in particular the 4th at the French championships of padel 2015: Simon Boissé and Sam Devrand (Sport In Park), Parisian players also came especially including Sébastien Ruiz (Le Padel Bois d'Arcy Club). Rennes player Justin Garnier (Spot In) associated with Aymeric Meslin.

The local pair Romanowski / Dulion 6e arrival at the championships of France seemed the best armed to block the road to the seeded No. 1 tournament and win the tournament. But without any surprise and with a lot of seriousness, Devrand / Boissé wins this tournament.

Large gaps in the hen phase

No real surprises in the group stage since all the seeds easily won their matches. We could see the differences that there could be in the hens. Probably in the medium term, there will be tournament categories like in Spain to avoid having such large gaps.

From the quarter-finals, the matches are balanced and things start for the big pairs. Well almost for all, since the seed of the tournament will inflict a severe 1/9 on the local pair Plisson / Leconte.

On the other hand, the pair Garnier / Meslin succeeds in saving several match balls during the tie-break at 8 everywhere against the other local pair Fievet / Destombes. Definitely THE game of the day.

Logically, and even if the course was still not easy, especially in the semifinals, the best pairs on paper are in the final.

The match is complicated for the pair from Valencienne and representing the club's colors. Quickly led 3/1, it takes a lot of energy for Romanowski / Dulion to break free. Problem: Boisse / Dervrand does not need to be asked to break again in stride and lead 7/5. Despite a few blows to try to pick up, the French n ° 4 won the Open de Padel Attitude / Pad In.