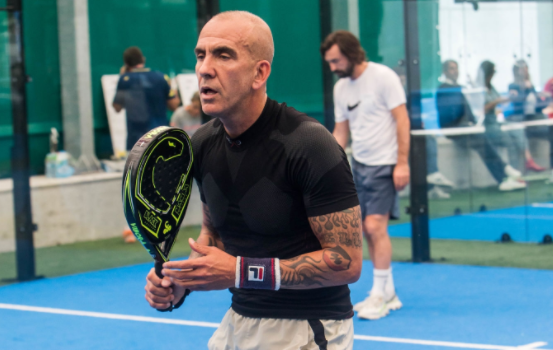 Le famous footballer Paolo Di Canio, the former Italian striker of Lazio de Rome has become a real fan of the padel : however, things had not necessarily started well for him ...

Di Canio did not like the padel the first time

Paolo Di Canio explains that he did not necessarily appreciate the padel on his first attempt, but also his change of mind the second time he set foot on a track:

“I tried 5 years ago for the first time but didn't like it. Then, the following year,  Marchegiani  invited me to his place and I discovered the padel totally differently thanks to him ...Giannichedda - Fiore is the strongest double that I could meet in padel, because very close ”.

A challenge against Totti and De Rossi in perspective?

Paul outbid for the pair Totti - The Rossi, former competitors on the football field and potentially new but now on a court of padel :

“A challenge with them? There would be no problem playing against them, as long as I enjoy playing, I actually like it. padel for that".

Di Canio seems to want to challenge the famous Italian pair at the padel : but will he really do it and with Marchegiani?