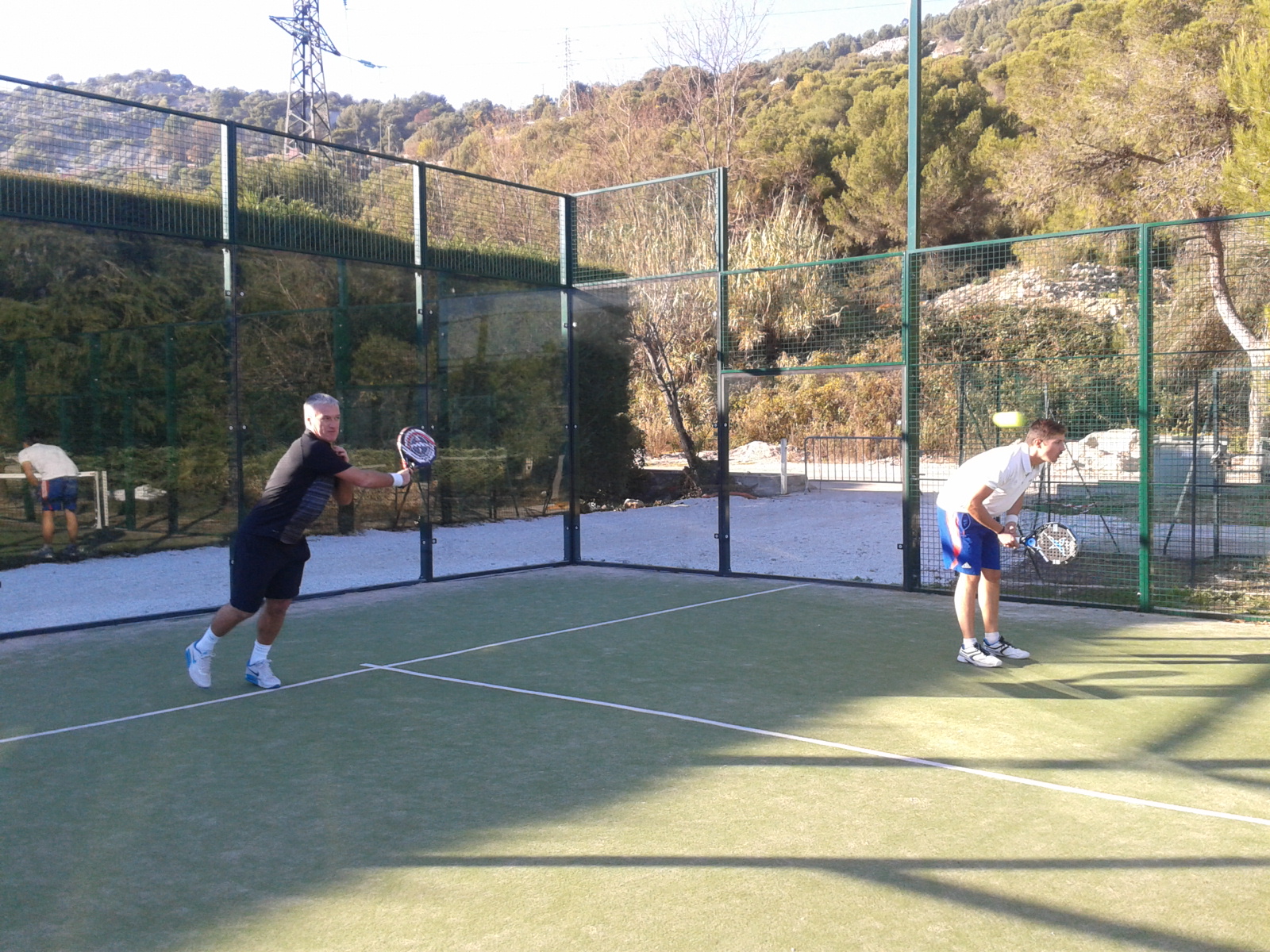 Padel Magazine - Interview of Didier DESCHAMPS directed by Kristina CLÉMENT the 11 December 2013 at the Royal Riviera Padel Club of Beausoleil after a fierce 2h padel party and a radiant sun ...

Kristina CLÉMENT (KC) - When and how did you discover the padel? and or?

Didier DESCHAMPS (DD) - When? In Marseille, the first year I became an OM coach, by relationship, I did not know at all. I discovered in Cassis with Jacky (Editor's note: Jacky Barnault: the president of the Cassis club) and Jean-Pierre Bernès. They played a little bit there. So I started. I played tennis, but when you play padel, you can not play tennis anymore. I played a lot of tennis but now I play only padel because more playful and less traumatic.

KC - How often do you play?

DD - It depends. There, I have a frequency that allows me to play a little more. In Marseille it was a little more complicated. But I still played 2 3 times a week.

DD - The playful side. It is the reading of the trajectories, to be able to play with the windows, to anticipate the trajectories. I was used, when I was young, to play trinquet, pelota basque. It looks a lot like it. It's a lot of anticipation, quite short distances.

KC - What are your strengths at the padel?

DD - The legs ... after technique, it can always be better, but I assume that no point is lost. Even the most unlikely balls, I think they are still playable.

KC - Are you rather player of right or left on the court?

DD - More left to have my forehand in the middle.

KC - What do you think is the most difficult thing in this sport?

DD - The smashes in the back position. When you have to "jump", because it's not easy to turn it down and because it pumps energy, so I tend to let them go rather than smash them.

DD - The walls, no .... it's a pleasure ! There should be walls everywhere else!

KC - Have you ever attended professional padel matches in Spain? (World Padel Tour).

DD - No. Never. I just played with some of the best French players who came to Cassis.

KC - As you know the padel is very developed in Spain with about 4 millions of practitioners. Do you think the padel will be able to have the same success one day in France?

DD - I think ... it's still unknown, but yes. In particular, I saw in cassis that there are many women who play also because it is less violent and it is playful. After, the difficulty is that you have to find 3 partners. In tennis, you only need one because you will play in singles. It's a bit more difficult. After in the clubs, where there are many members, it allows to have several possibilities to play.

KC - If you had to define the padel in a few words?