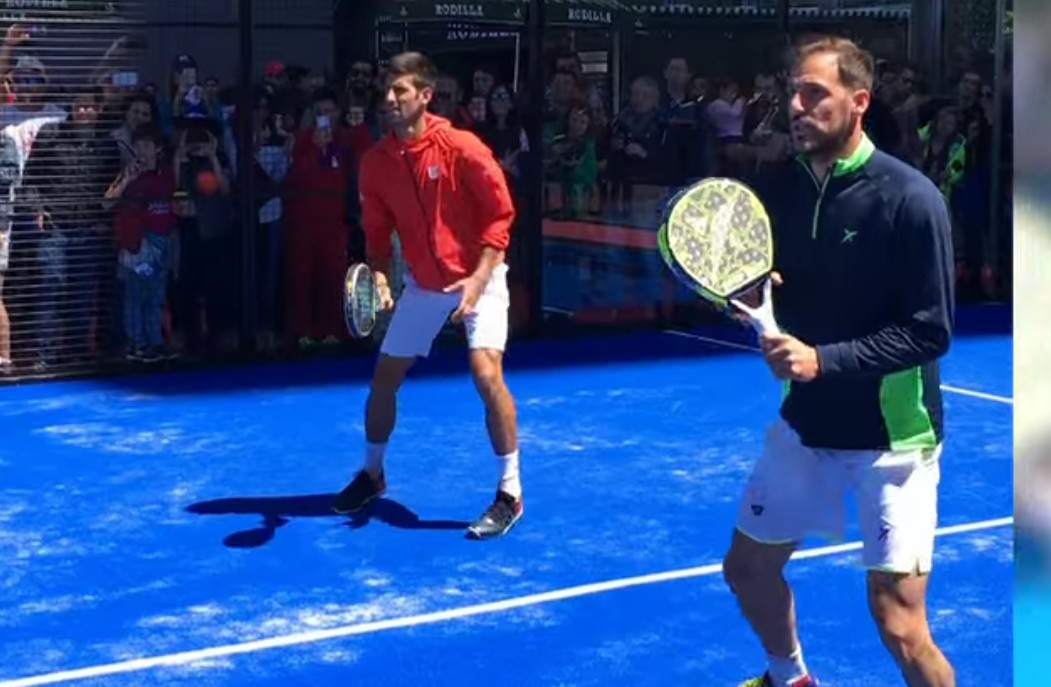 Djokovic could become an ace of the padel! At the Mutua Madrid Open, djoko tried the padel on one of the padel pitches used during the stages of the World Padel Tour.

He plays alongside Juan Martin Diaz, the southpaw, one of the great figures of the professional paddle circuit.

Note that the Joker is playing right in this video ...