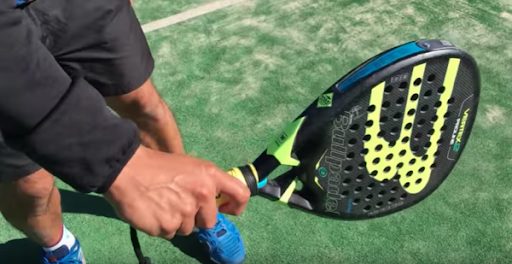 Sensitive subject. Should we focus on the snowshoe holds to progress to padel ? One thing is certain, it is that racket grips exist and it would be a shame not to know them.

Play at padel is easy, we keep repeating it. But the day comes when the level of play increases and something must be done to counter our opponents. The change of take is one of them. On the professional circuit, Juan Lebron is certainly one of the players who changes his grip the most often… and it works, he is number 1.

So be careful with the change of grip. It should be done wisely for the sake of performance research, not because it's written in a book or because someone “forced” you to do it. Let's discover or rediscover the sockets used at padel.

First of all, it is important to note that the waiting position with the pala held with 2 hands in front of us, is essential for the change of grip. The non-dominant hand will allow the pala to be correctly placed in the dominant hand. At first you will have to think, but with time and experience the different hand positions will be found automatically. 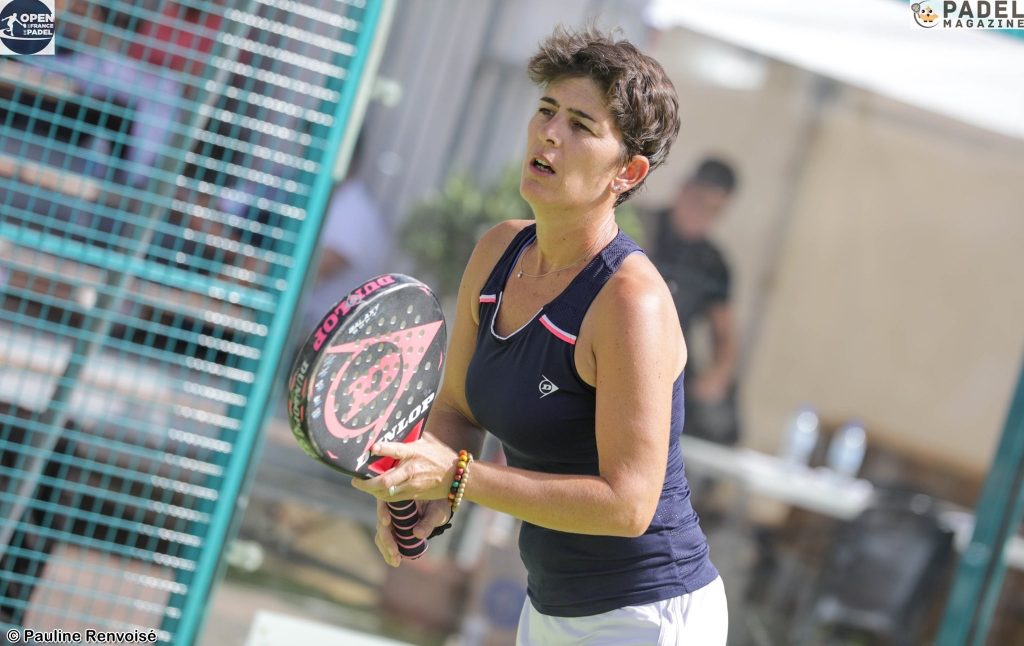 The continental grip or the hammer grip is the grip that allows access to all the blows of the padel. Forehand, backhand with one or two hands, window exits, volleys, high balls, you have access to the game in general. For the “purists” of the catch, it is the basic position that one learns in the school of padel. 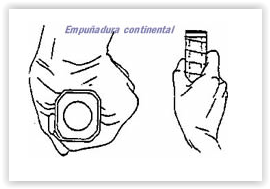 For a right-hander it will be on the right side of the handle, for a left-hander it will be on the left side. This grip is generally used to play forehands, as its name suggests. The tilt of the pala makes it easy to cover the ball when striking, which provides a straight trajectory and more speed of play. This grip is also used on the backhand. And yes, the cut, sliced ​​back can be done with this same grip just like the back window exits. But that's not all. During high balls, this eastern forehand will delight fans of bandejas. Sieve oriented towards the sky, this grip will facilitate the plateau effect.

It is a socket that is not used much in the padel but they can tempt some players with a very flexible wrist. Usually this grip is used to give a topspin effect to the ball so that it has a curve and a pronounced spin that will fall into the feet of the players at the net. It can be used in the same cases as the forehand east but only with certain players (try and you will see). 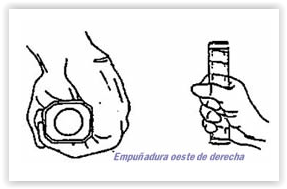 We go to the other side of the handle. For a right-handed person we will be on the left side of the handle, and for left-handed people, on the right side. This is the most common grip for performing one or two handed backhands. Using the eastern backhand allows you to hit the flat ball while relying on the speed of the opponents. This grip is also very interesting for forehand window exits because the pala can act like a spoon. Beyond the defense, the eastern backhand is used for high balls of type vibora or smash. The inclination of the pala allows to give effects either sideways or topspin from bottom to top for high net play but also for attack play out of the window.

This is the extreme of the reverse. Not easy to negotiate a setback with this grip for ordinary people. Only a few extraterrestrials are capable of it. The same goes for the high game. Such a closed grip can cause you to hit the ball on the edge. On the other hand, it will be used during the balls at ground level when exiting the forehand glass. 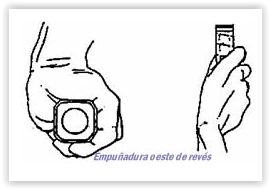 Knowledge of snowshoe grips is an essential element in your progression in the padel. Trying new things, discovering new moves, new effects, will make you become better. But don't skip the steps, take it step by step, the day you need to change your take you will feel it.