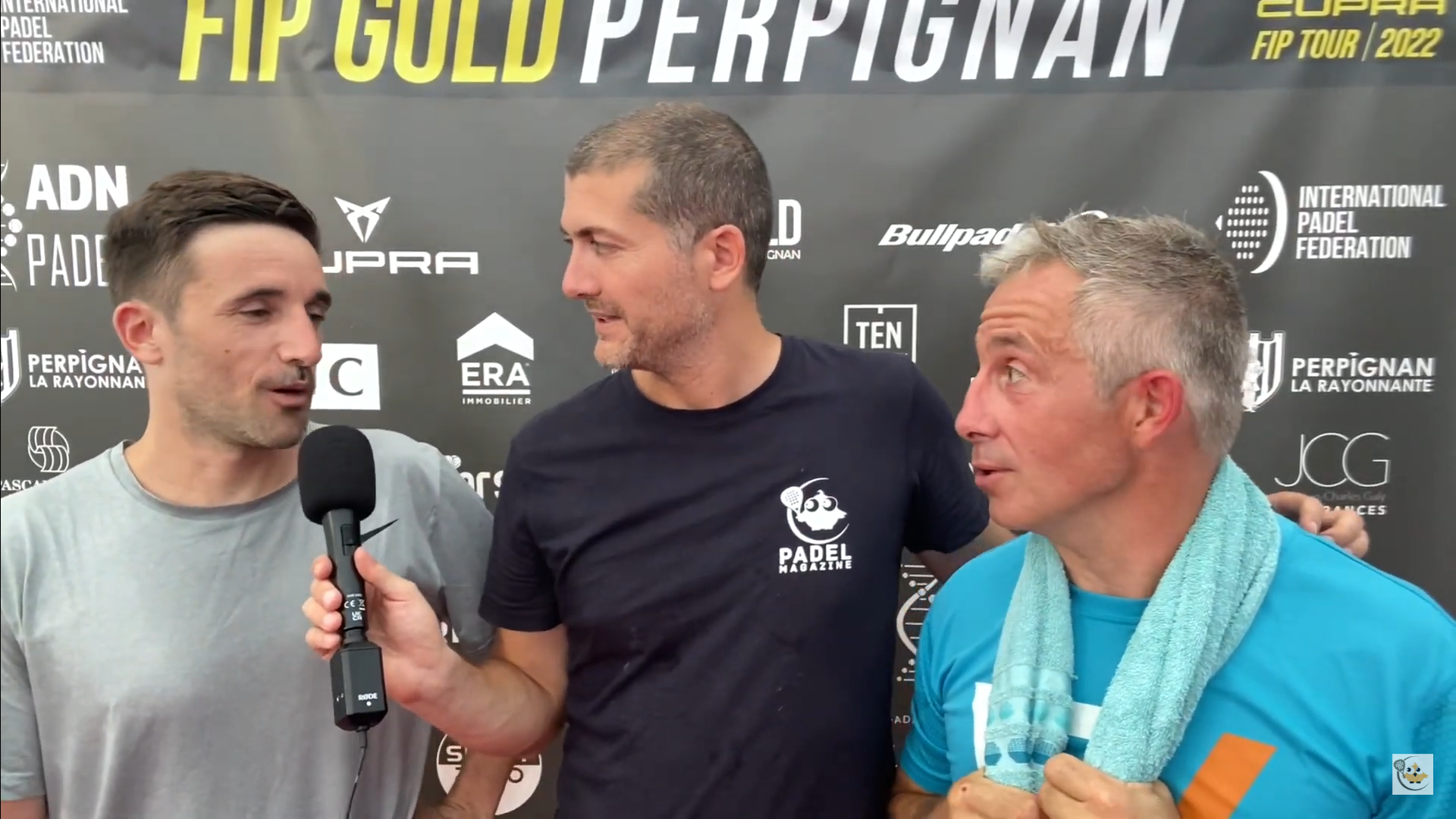 Eliminated yesterday in the round of XNUMX, the Campana/Pellicer pair come back with humor on their atypical journey in this FIP Gold Perpignan.

"A match that was played to not much"

Padel Magazine : Gentlemen, you have just had an exceptional match (0/6 0/6) against Ben Tison and Téo Zapata, whom you know well. You have earned many, many points!

J. P. Pellicer : "It didn't play out much. We were unlucky on 2-3 points, because I think there was a turning point towards the end of the match. »

Dominique Campana : “We missed the boat, it's a shame. We had a few chances but we didn't take them."

Padel Magazine : JP, you said to me as you left the field, staring into each other's eyes: "nothing is over", do you confirm that?

JP : “I confirm, we still have how many games left? I think we participated in the third Round of 16, so there must be 7-8 games left and there may still be a few injuries. »

The tactic? “Betting on another injured person”

Padel Magazine : You had an exceptional career in this competition, you started in previas, right?

Dominica : “We started in previa, we gave everything in the first 2 games. We won by WO both times, and then in the final we played against two young Spaniards. It was very complicated, we lost 2 and 3. Then we were picked up behind thanks to the legendary luck of JP. And here we are in the 16th final! »

JP : “We find ourselves in the round of 16, it didn't come down to much. We think there will be another injured person and we are betting everything on that. »

Padel Magazine : After taking a 0 and 0, there is still an open door to the 8th if I understood correctly?

JP : “They call me Jean-Pascal Bradbury! For those who know, I am referring to the speed skating final at the Salt Lake City Olympics in 2002. No, honestly we believe it. »

Padel Magazine : You probably hold the absolute record in any tournament for having won the most points in a FIP while having lost as many!

Dominique Campana "And it's deserved!" We gave everything in this tournament. »