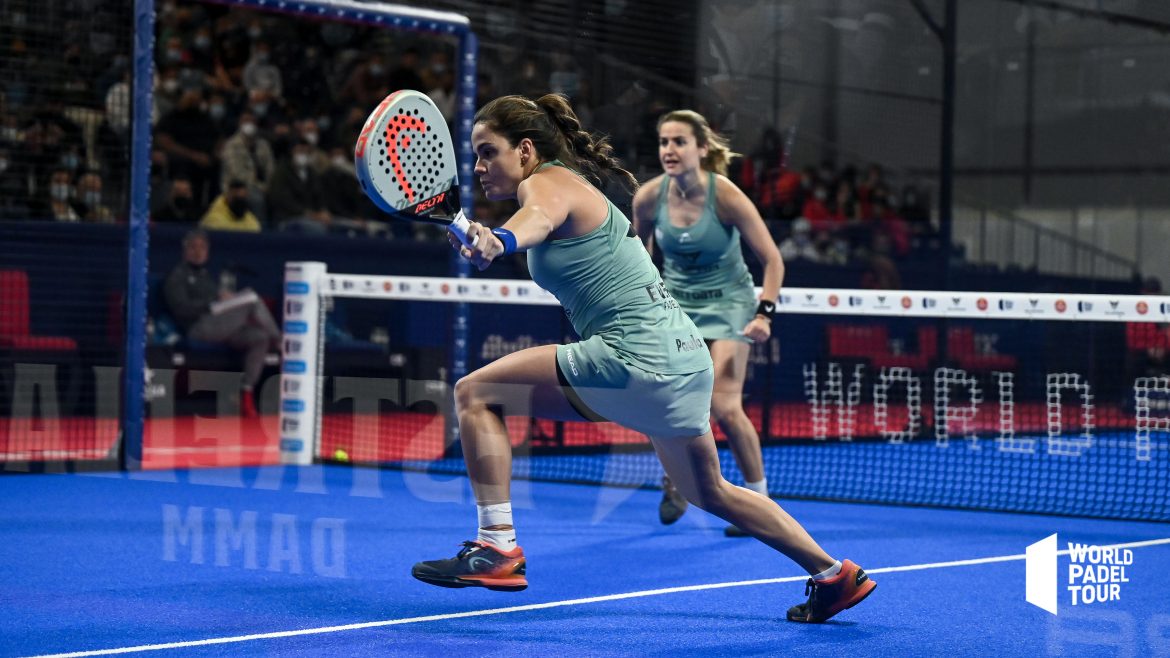 Do you ever say to yourself when you enter a track: “oh no one left-handed“. This is the game unpredictable of this sport. To what type of player will I have to confront myself in the right diagonal, how should I play it?

So that it is as clear as possible for ordinary mortals, we will see together what are the natural shots for a right-hander and a left-hander at the bottom of the track. Once you understand what is easiest for them, you will also understand what is most difficult for them.

In this case, we are talking about forehand and backhand hits directly, without rebounding on the windows. A right-hander will play their forehand close to the side window. The natural orientation will lead him to play crosswise, with a ball that will tend to bounce on the grid or on the first side window.

For the left-hander it will be a backhand and this angle will not be so natural. For him it will be rather the center which will be easier to find.

Now let's move on to the left-handed forehand. The ball will come to the center of the track and of course he can search along the line, playing on the player in front of him. The concern is that by playing this way either this player will seek the winning move or he will consciously seek to change the diagonal. But if he wants to stay on his diagonal, the most natural thing will be to look for the center.

For the right-hander, the ball in the center will be a backhand which will naturally go either on the diagonal volleyball player to force him to volley, or more towards the center of the court to cause confusion.

Out of the window

Using the windows often allows you to give yourself more time and to change the natural directions of the blows.

Let's start with a right-hander who would have to play a forehand window exit. Here it's quite special because the players can stay in open support and therefore face the track to make this shot. Less difficulty therefore to get the ball out than for a left-hander, naturally the right-hander will seek the center with a forehand.

On the other hand it will be different. The right-hander can look for the diagonal towards the grid with a chiquita followed at the net which will put pressure.

Left-handers will play their forehand out of the window from the center. For them it will be more natural to also go towards the center whereas with their backhand they will lock themselves in the corner and will have to rather play parallel, along the line or at least on the player in front of them.

The natural is the basis

You understood the theory, now keep in mind that according to the rebounds of the balls, the moment of the match and the state of mind of each, these directions of play can be modified. So start with a simple analysis base at the start of the game and adapt it according to the players you have against you. Let's go!