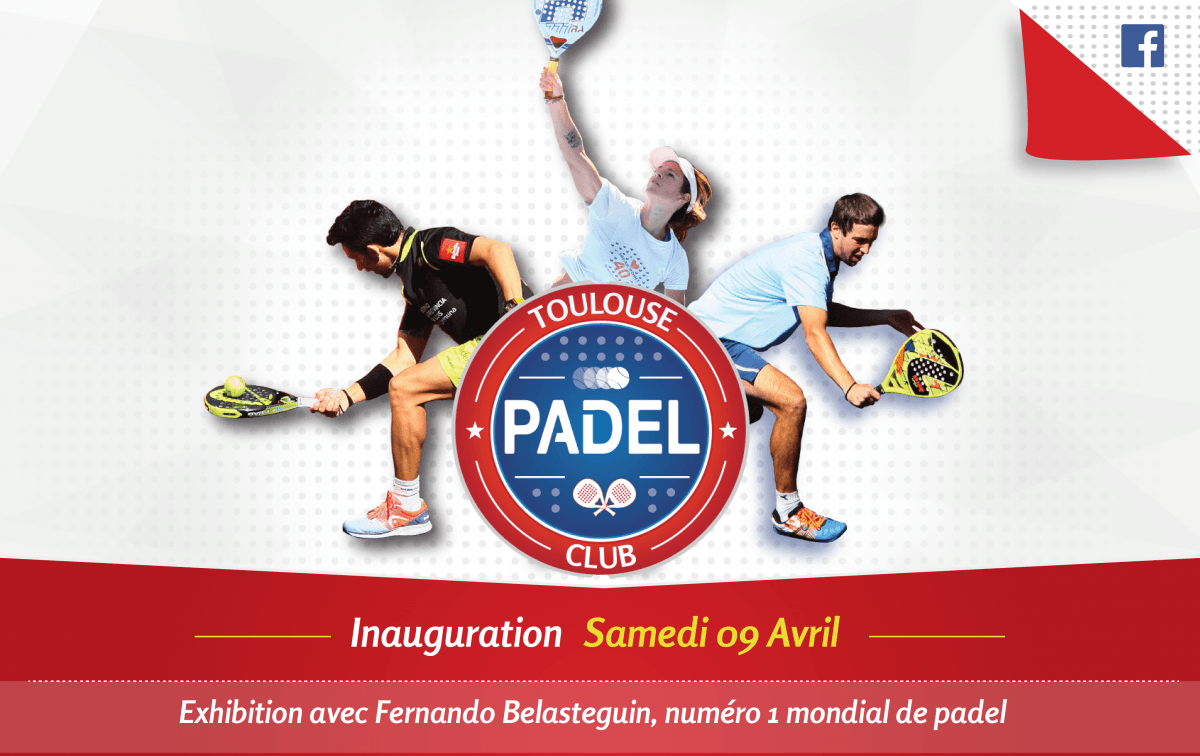 The weekend of the 8-9-10 April will be remembered by the French Padel.

Toulouse Padel Club, brings in world stars from Padel for its inauguration! And not just anyone, because it is nothing other than the world number one for 14 years who will come to play on the central court of Toulouse Padel Club! After the inauguration of Padel at the Pyramides club (78) then the exhibition carried out in the final stages of the National Padel Heading to Cap d'Agde, Mr. Fernando Belasteguin sets down his suitcases in Toulouse Padel Club. But he will not be alone, indeed, the one we see as the future world number 1 will also be present: Ramiro Moyano. As well as one of the best players in the world Gaston Malancza.

These three superstars of the professional circuit World Padel Tour (WPT) will have for 4st, one of our recent European champions, the 2016 French champion with his partner Jérémy Scatena: Robin Haziza.

An explosive quartet that promises show, play, and crazy points.

Le Padel Toulouse Club offers facilities such that players can easily play off the pitch. Have you never seen this? Come to the inauguration. In addition, the slopes of Toulouse Padel Club allow players to pick up the balls off the court! We can not wait to see it !!

The 8th stage of Padel Infinity all we!

Parallel to this inauguration, the famous Padel Infinity circuit will propose its 8e step on the whole weekend.

The Toulouse Padel Club is one of the historic fiefs of the French Padel. He had already hosted the padel world championships.

When for his Padel infinity Tour, 92 Men / Women / mixed teams will participate in the event. This total is to date, in France, the biggest sporting event for the padel French in terms of number of teams engaged in a tournament in a weekend!