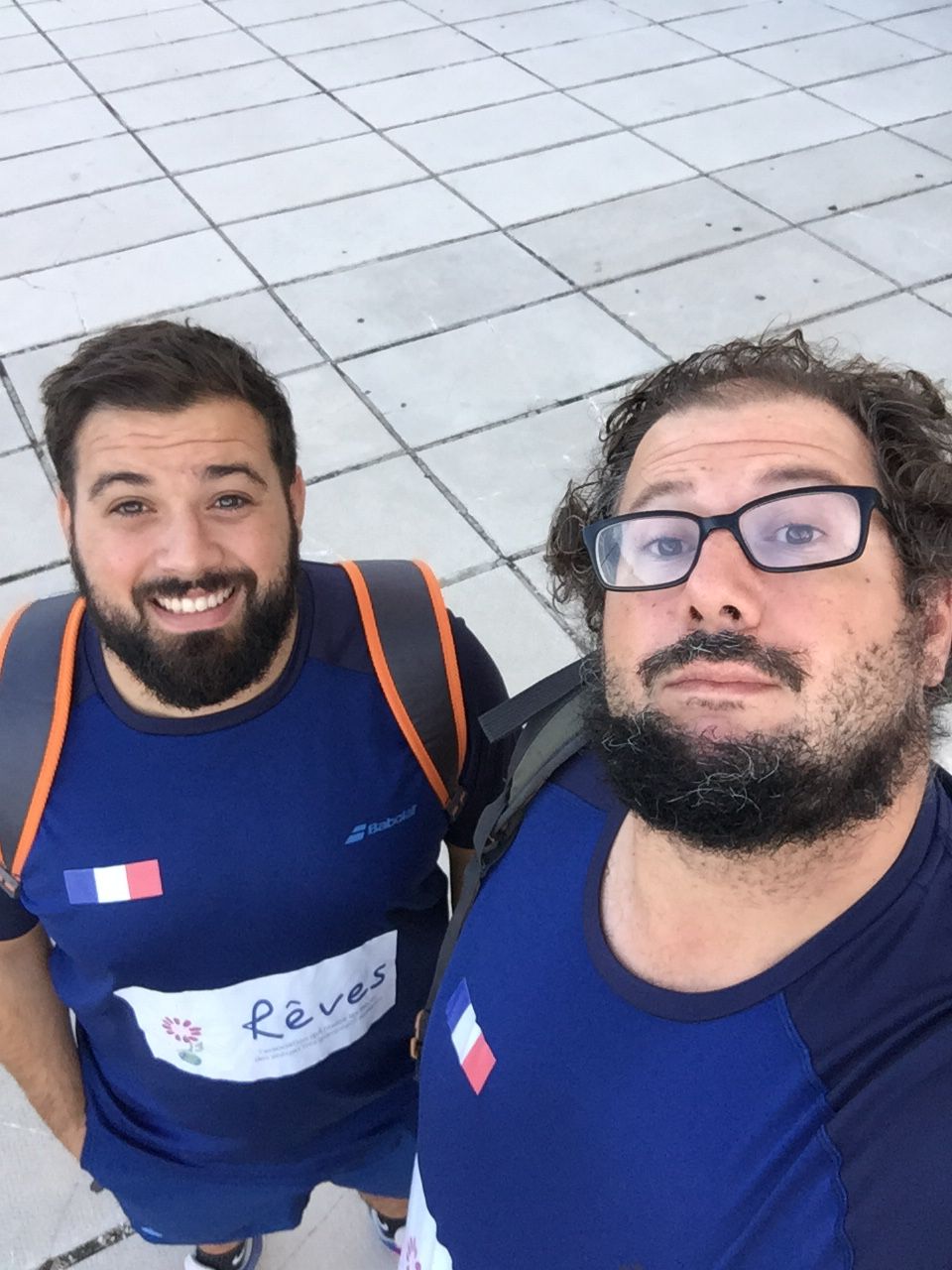 As they return from Seville, where they competed in the qualifiers for the APT tournament, Thomas Mersié and his friend Kevin Cortes embody another vision of padel, and sport. Padel Magazine had the opportunity to discuss with Thomas, to learn more about their experience in Seville and their project for the association “Dreams".

"We had to capitalize on the event for a good cause"

Padel Magazine : How did you feel when you took part in this pro tournament?

Thomas Mersié: ”The feeling is just magical. I have fun comparing it to the movie Rasta Rocket, saying that I felt like a Jamaican on the eve of the Winter Olympics! A mixture of excitement, pride, fear! And all this in a very short time.
We were afraid of not being up to the task, but in fact after reflection, we didn't really care because we wanted to do it for the children and the association ”Dreams”! I feel lucky and grateful that I was able to do this in my life! “ 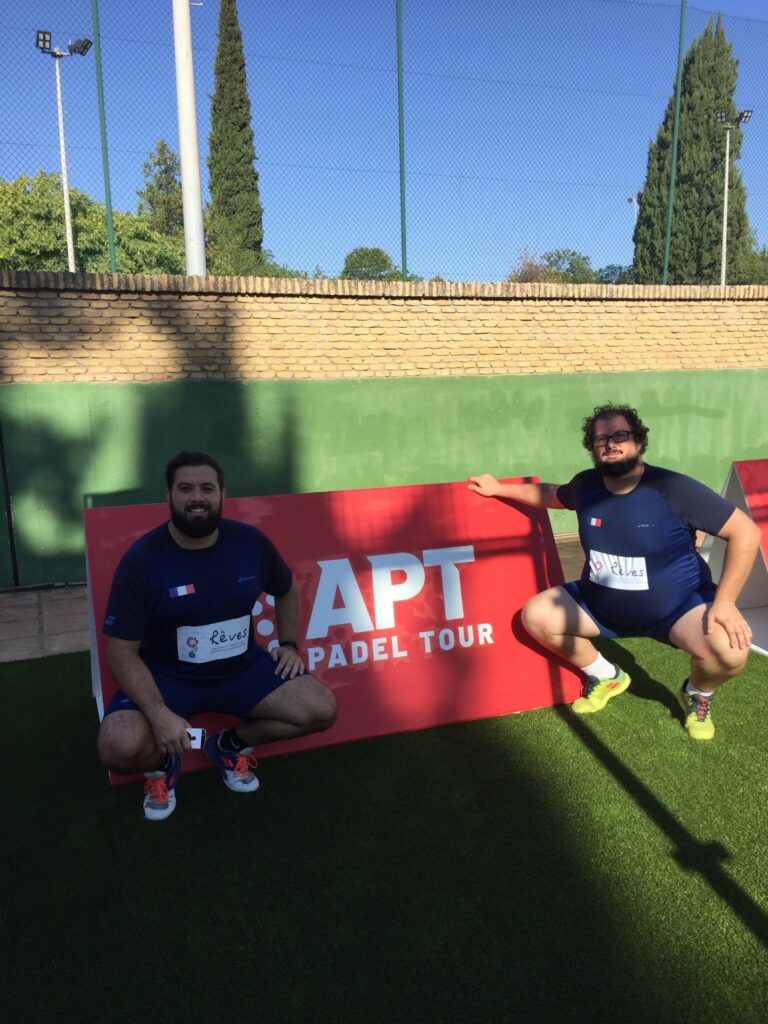 ”It is the accumulation of small donations that make it possible to do great things! “

Padel Magazine : What was your reaction when the APT gave you a Wild Card for the tournament?

Thomas Mersié: ”When we learned that we were selected for the Sevilla Open, we were just overjoyed! I thought it was a mistake, but no! At that time, we said to ourselves that we had to capitalize on the event for a good cause! And that is why we immediately thought of the “Rêves” association and we formed a partnership with them. “

Padel Magazine : Did the tournament help you find funds for the association?

Thomas Mersié: ”Yes the tournament helped us a lot! Already thanks to you and the media coverage that followed. And then thanks to the community padel and has its generosity!
I immediately think of David Mateo et ADN Padel who offered us a nice check for the association during the Canet fip rise ! I think about Bastien Blanqué et Mathieu Gilles du Roast Paradise (rotisserie in Toulouse) who relayed the message and helped us in this project.
I also think of Babolat and 4padel Toulouse-Colomiers who also helped us and really played the game by providing us with an outfit, fields to practice etc.
This success is really everyone's business, because it is the accumulation of small donations that make it possible to do great things! “

Padel Magazine : How was the stay? Can you tell us about the objectives, the follow-up for you and the association?

Thomas Mersié: ”The stay was extraordinary! Already because the city of Seville is just magical. In life, I'm a cooking teacher and Kevin is a foodie like me, so a region like Andalusia couldn't be better for the tournament.
Sports level our objective was to win 1 game. The sun and admirable players opposite, who understood the purpose of our coming, allowed us to put more! I really want to thank Patricio Perez de Guzman de Léon et Dani de Castro that were great! 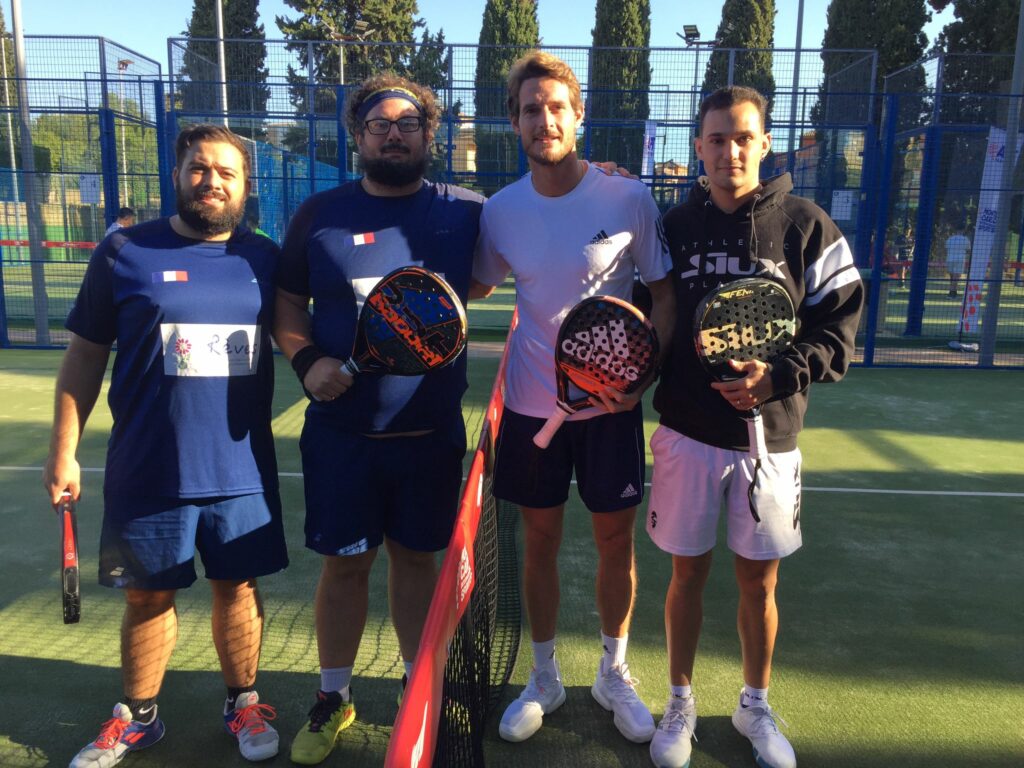 The next step for Kevin and me is back to work and a little padel ! We will officially retire from the circuit (laughs), we will go back to our P100 and P250 and we will continue to play for fun.
For the association, we are preparing a big charity tournament for the end of January or February. All the funds will therefore be donated to the association ” Dreams ". The 4padel from Toulouse-Colomiers offers us the complex over one day and the goal will be to make the tournament in the following form: a pro with an amateur (the teams will be drawn in advance to respect any form of fairness). Very sincerely, we spoke about it with theAPT and chances are they are tournament partners. The objective will be to bring together 32 teams and all in a big party for the padel and the association.
We will also try to collect shirts from great players to organize a raffle during the tournament.

In short, we want to once again put the community padel to contribute, and in terms of partying and being generous, this community is extraordinary! “