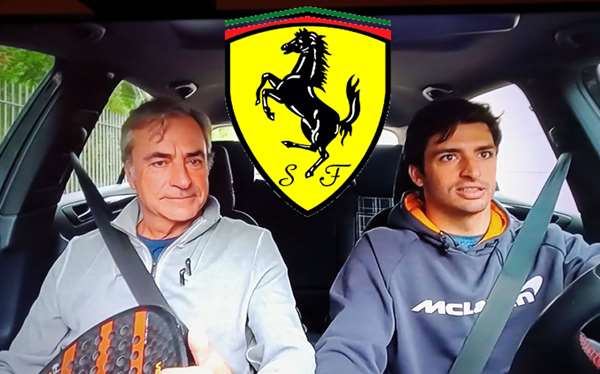 Le padel is taking more and more place in the sporting landscape. In the series “Pilots of their destiny” broadcast by Netflix, the Formula 1 driver Carlos Sainz Jr play in padel with his father.

Around the 20 minute of the8 episode of the 3rd season of the docu-series devoted to the life of Formula 1 drivers, the Spanish driver of Ferrari goes to a field of padel with his father the famous former rally driver Carlos Sainz.

Le padel is shown as a friendly sport in which both father and son can exercise and have fun. The legend of the Paris-Dakar and the new Ferrari driver make some exchanges, showing a good technical mastery.

A boon for the padel lacking notoriety in several territories, including France. Broadcast all over the world, and among the TOP 5 most watched content on Netflix in France, this passage will arouse the curiosity of more than one.