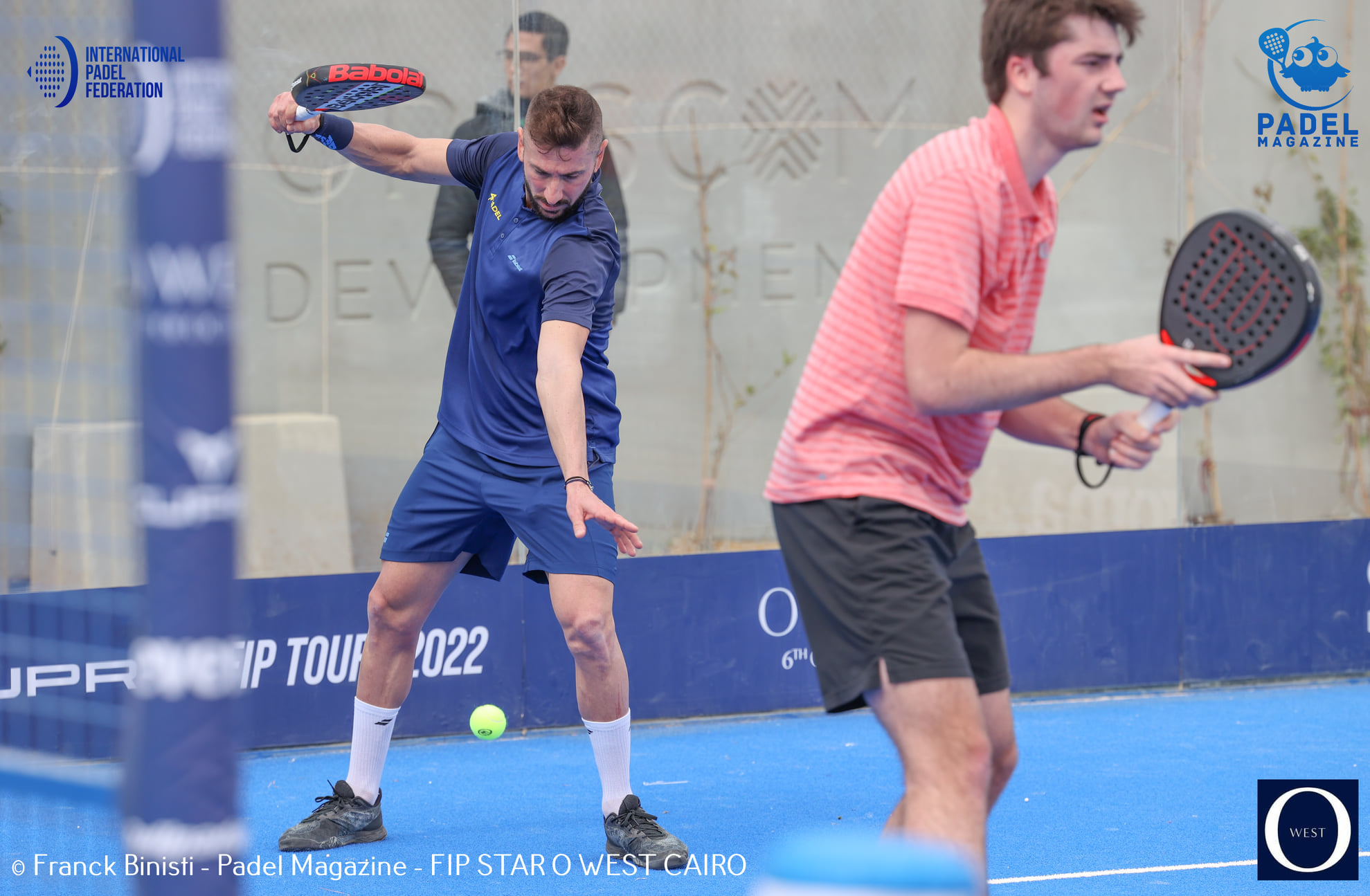 Padel Magazine : We are Dylan Guichard and Maxime Moreau for a loss 6/2 6/2 but what you need to remember is above all this good first experience in an international tournament?

Dylan Guichard: “It was a first, it was cool. A bit difficult to adapt to the conditions which caused me to miss a bit more than usual. It's one of the very few tournaments I do outdoors. It's still fun and it's a good experience. »

Padel Magazine : Maxime, I was told that you are part of the last pair registered to enter the Doha table. How will it go for you and what are the goals?

Maxime Moreau: « As you say, in Doha, I have the chance with Valentino Acosta, my partner who is 167th in the WPT to be the last team to return, especially thanks to his points. Valentino is a young Argentinian player who plays very well. I'm very happy, it's a circuit that gives experience. Today, we got knocked down, we have to say what is, but I think they are stronger, they have better experience, they arrive with confidence. We learn and we will return to training to progress. »

Padel Magazine : On your side Dylan, other tournaments are in sight on the international level?

Dylan Guichard: « There, it is a rather exceptional month. I had never done one abroad and I was lucky, it was done at the last moment, I offered Bastien Blanqué to do the Doha FIP/QSI and we came in last so it's going to be a great experience. »

Padel Magazine : Maxime, tell me what you think of this whole situation. How will it end, especially with regard to the players?

Maxime Moreau: “I don't want to go forward at all because I played the WPT a lot 2, 2 and a half years ago and I was a little more in the middle. I hear a little right to left, we have a little information too but frankly I don't know. I'm not going to venture, what I know is that they are trying to develop circuits so that all players can play and find their way financially too. If we can simply participate and live from our passion, I think that's already huge. After on what will happen, for my part I am a grain of sand on the beach. The most important thing is what they say above and we will follow the march.

Padel Magazine : Are all these new tournaments an opportunity for players like you to try to professionalize and earn money in order to really try the international adventure?

Dylan Guichard: “It's a bit the same on my side. Like Max, I have just landed so I admit that I hear noises from right to left but I am not aware of everything that is going on either. It's true that on this first FIP/QSI, there are a lot of teams that can enter. I have the chance to play with Bastien Blanqué who already has points so it's a great opportunity for me. However, for the teams where the pair will have no points, I have no idea what will happen and if we will be able to enter tournaments like that. The goal for me is to try to play more and more now and in a few months to really get into it. »

Maxime Moreau: “As you say, we will have more information in the weeks and months to come. I wanted to thank 4Padel and brand Babolat to support me and allow me to play this kind of tournament because you have to put your foot in the stirrup. It's nice that brands and institutions like that help us come and play. Thanks to them and thanks to all the people who support us. »