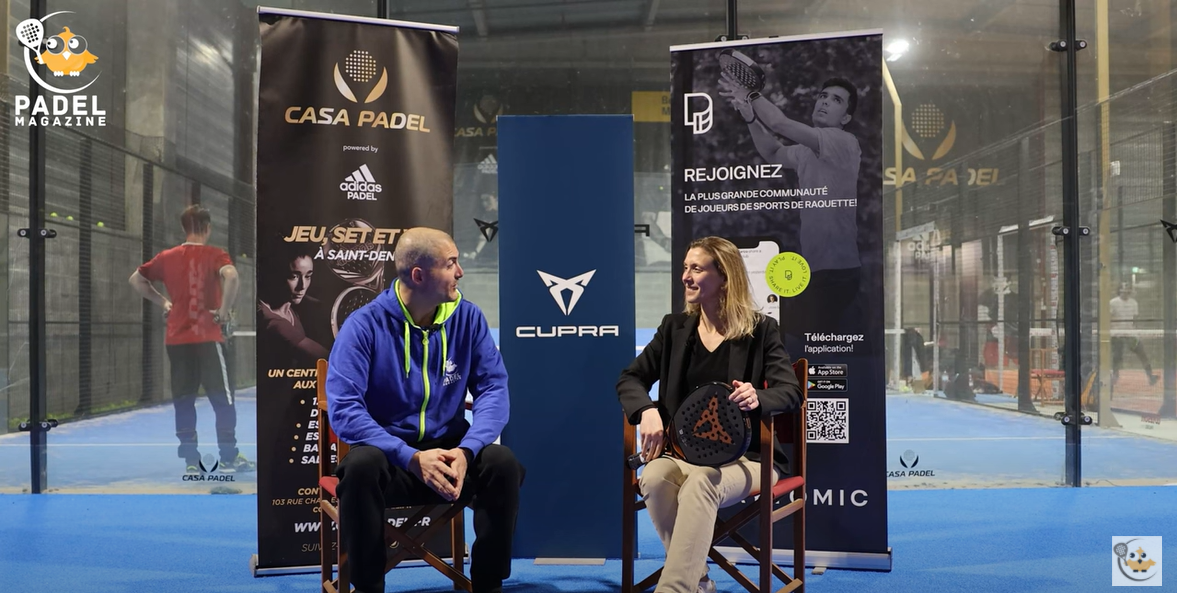 On the occasion of a major event organized by Home Padel, Padel Magazine talked with Elise Remark, Marketing Director at Cupra France.

At our microphone, the young woman spoke with great pride about the present as well as the future of the automobile brand in the world of padel.

The Dionysian club had done things big with a day marked in particular by the presence of the world number 1 Alejandro galan, brand ambassador.

A new collaboration for Cupra

After a wonderful collaboration that did not go unnoticed at the legendary Pyramids club last September, it's up to Home Padel that the famous car brand formalizes its new partnership with another major club of padel French.

So, Cupra demonstrates once again its desire to continue its development in the padel.

"Cupra did not stop at the association with the Pyramids, we are delighted to be present this evening to inaugurate the two new grounds that we have co-built with Home Padel. We have renovated two major courts with our brand colors and logo.

We are very proud to be able to associate ourselves with Home Padel to promote this discipline in France and in the Paris region”.

The Marketing Director also confided in the development strategy in the padel.

“It's true that it's very interesting, a discipline like padel which is developing very quickly in Europe and particularly in France.
For Cupra it is a necessity to be associated with a sport like padel which is growing as fast as the brand and to attach itself to clubs which carry these same values.

For us it is important to find associations with people like José Manuel and the Casa teams Padel who promote sport as well as these values ​​that are dear to us".

"Cupra in the future will always be in sport because this brand has above all a sporting dimension.
At the risk of revealing a few indiscretions, Cupra team up with Padel Point to create the circuit Cupra Padel Point. This is the big announcement of the moment.

“You always have to be ambitious”

Elise Remark took the opportunity to talk about the brand's ambitions at the national level.

“You always have to be ambitious and go even further. The Pyramides" it was already a very good first step, we are very proud of the partnership with Home Padel and we are certainly not going to stop there.

We have plenty of projects, and we are delighted to announce that all the dealers have already led a real dynamic of association locally with clubs of padel. Currently we identify at least 20 dealerships that have created a partnership with venues dedicated to this discipline”

To conclude this exchange, the young woman wanted to show us the new palace Wilson x cupra signed by Mr. Fernando Belasteguin.

“Rare and in high demand, we brought it to be able to show it to the people present this evening.

This racket will be up for grabs in an upcoming contest with Padel Magazine soon, so stay tuned!

Watch the full interview in the video below.