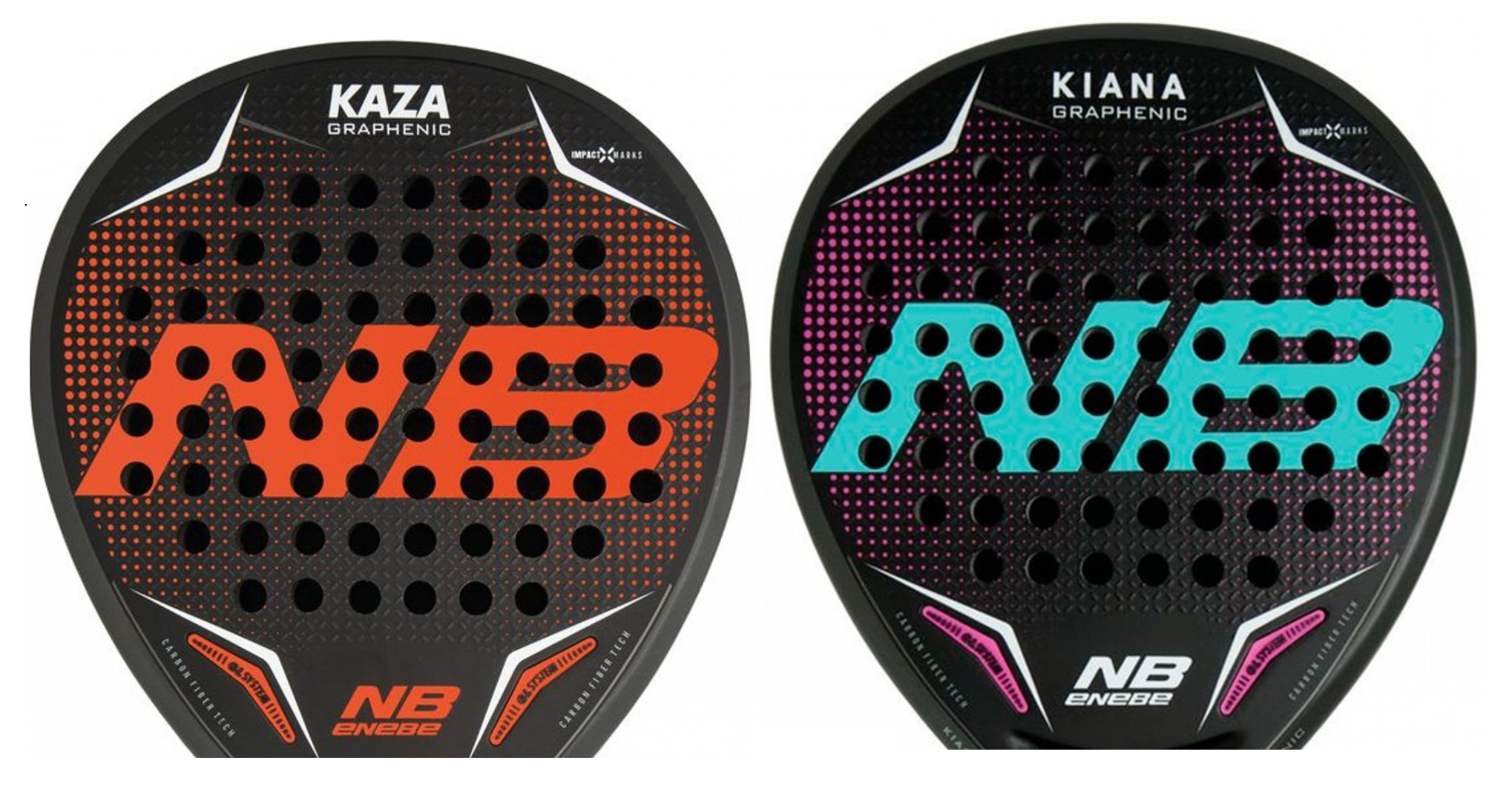 ENEBE KIANA the light Vs ENEBE KAZA the nervous


While sharing the same benefits and technology as the NB Kaza, its main difference with this one lies in a considerable weight reduction. The panel of players widens so for Enebe with this racket, because some players could estimate that the KAZA could be a hair too heavy ... Although on the ground, the difference is done especially at the level of the nervousness and the handling of racket. More weight, more nervousness in shots, less weight, more maneuverability. It is up to you to make your choice.

ENEBE KIANA is a soft pala but who has under the hood.

Between the KIANA and the KAZA the sieves are identical, differing only in color and in the weight range:
360-370 grams for the KAZA
350-360 grams for KIANA

As usual at Enebe, the design is the subject of special attention. The professional range of ENEBE will not break the rule. KIANA like KAZA offers a different color scheme but in the same style. Aesthetically, these paddle rackets will not go unnoticed.

ENEBE uses its famous GRAPHENIC TECH, its material manufactured exclusively for Enebe which allows a homogeneous distribution of graphene dissolved in epoxy resin and fibers.
It brings strength, power and flexibility. It is considered by experts as the material of the future. In any case, we observe that more and more brands are using this material

And strangely, it seems that the KIANA and especially the KAZA are at least as powerful as the RSX to say the least. However, it is not necessarily won. With a medium sieve hardness, the impact of the ball is not too dry.

Like the AEROX, the palas have the Impact Marks system. This is that famous rough texture on the surface specially designed for Enebe. It increases the forces of friction and gives effect to the ball. Is it a real revolution? Not necessarily, but it doesn't hurt.

These two rackets are reminiscent of the ENEBE RSX with a very good power, a good sweet spot, and good control. Moreover, players who have enjoyed this racket will appreciate KAZA and KIANA.

At the defense level, nothing to report. The grip is good and helps for the defenses. Note, however, this extra lightness for KIANA which allows very good handling.

In short, this racket has all the features to help you improve your game.