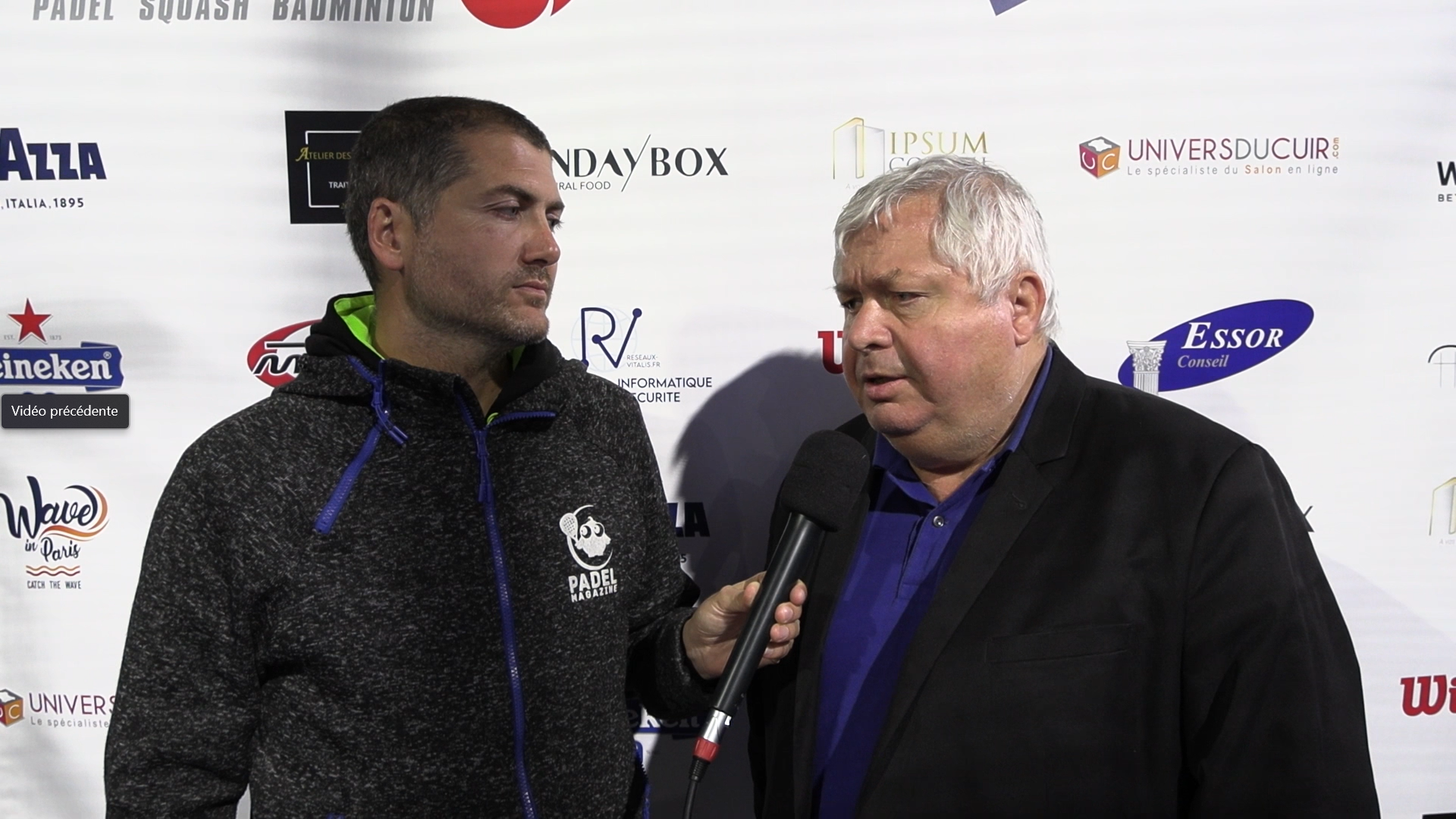 The elected official in charge of padel at the FFT, Eric Largeron, answered our questions and gave us an exceptional scoop in the context of an interview on P2000 Padel Horizon.

Padel Magazine : We are going through some completely crazy weeks, could we have expected that?

Eric Largeron : “So yes, we've been working on it for several weeks, moreover it was difficult to come up with a calendar. Already for the P2000s and the French championships because we were waiting to find out what the FIP with the intermediary of QSI since we had undertaken to make a big tournament on Roland-Garros. The wish has been granted since this is what will happen, this is the most important news of the beginning of the year. See you from mid-July. »

Padel Magazine : We are going to have a Grand Slam of padel at Roland-Garros, in terms of organisation, do you already have any ideas about how you are going to organize the competition?

Eric Largeron : “Without going into financial details, we know very well that by doing something a little at the last minute, we will necessarily work at a loss. But we are still confident for the future. The services have already started to work on setting things up, it won't be a Grand Slam tennis but we will try to draw on our experience of Roland-Garros to make an excellent event. padel. "

Padel Magazine : We will have a field of padel on the Philippe Chatrier, which has more than 15 seats. Do you think we'll be able to fill this stadium?

Eric Largeron : “I think we are imagining a slightly smaller configuration, so that people are closer to the event. We will not go to the maximum capacity of the central, but we will have a lot of people in the tournament. The other grounds around this center, on the eastern part of Roland-Garros will also be taken.

Padel Magazine : Regarding the French championships, do you have any information about the dates to send us?

Eric Largeron : "So for the date, I know you're waiting for a scoop." We haven't decided anything yet at the FFT level, but it's true that the date of the 3rd week of August would perhaps allow us to ensure the maximum number of people possible in relation to this calendar which is getting denser enormously. .

Then we also imagine in December, but the problem is that this month straddles 2 seasons. I think you have to listen to everyone and choose the right moment.

The rule has changed this year, two players in the same pair can come from two different leagues, that's why it's not easy in terms of qualifications as well. But there are so many things that are falling into place, you have to imagine every day how to do things well and it's not easy.

For the interclubs it's the same, we have this flexibility to be able to be from Paris and play for Bordeaux, etc. it is still manual work, it is the small delay that the padel vis-à-vis tennis where everything is computerized. But don't worry, we'll get to it.

We also want to promote the creation of the specific license “ padel », for those who have never played tennis or who have only taken up padel. we are going to set up a lower price (Editor's note: 20 euros) to attract them to our federation. »

Padel Magazine : Today when we have licensees, there are incentives for the club.

Eric Largeron : “So that is something that Gilles Moretton has already applied indirectly at the level of his league (when he was league president). And we found the system very very good, after naturally, those who manage the clubs or the authorized structures will themselves see how to distribute this license in which there is a reversion.

The French championships maybe in August

Padel Magazine : We know that the French championships will probably take place in August, but as far as the interclubs are concerned, can you tell us more?

Eric Largeron : “For the interclubs we have a date which would be around the end of October – beginning of November and for the venue we will need a venue capable of accommodating the 16 boys' teams and possibly the 8 girls' teams at the same time. There are a lot of tracks, and it requires a big organization and you know very well that in France there aren't 50 either. But we haven't contacted anyone honestly, so it's not done yet. »

Padel Magazine : Could the interclubs take place on several sites, that is to say a region and several clubs?

Eric Largeron : “This is what will already happen for the French youth championship, which will take place the last week of August. We are working on a site with 3 or 4 structures. Well after that there are logistical problems for sure, it's also a way to meet the specifications which is not easy. »

Eric Largeron : “The P1000s are tournaments that I follow very closely, they are for the most part very well organised. But maybe for the best organizers, the biggest clubs, maybe we could imagine an intermediate category between the P1000 and P2000. Maybe for 2023, so that we can reward the clubs that really put the means to organize something. The objective would be to have a Gentlemen's competition and/or a Ladies' competition.

I also wanted to come back to a point: we could see that in Doha there was no women's roster, we on our side, we will do what is necessary in July so that there is a well-endowed women's roster. Girls won't come to Paris for nothing. »