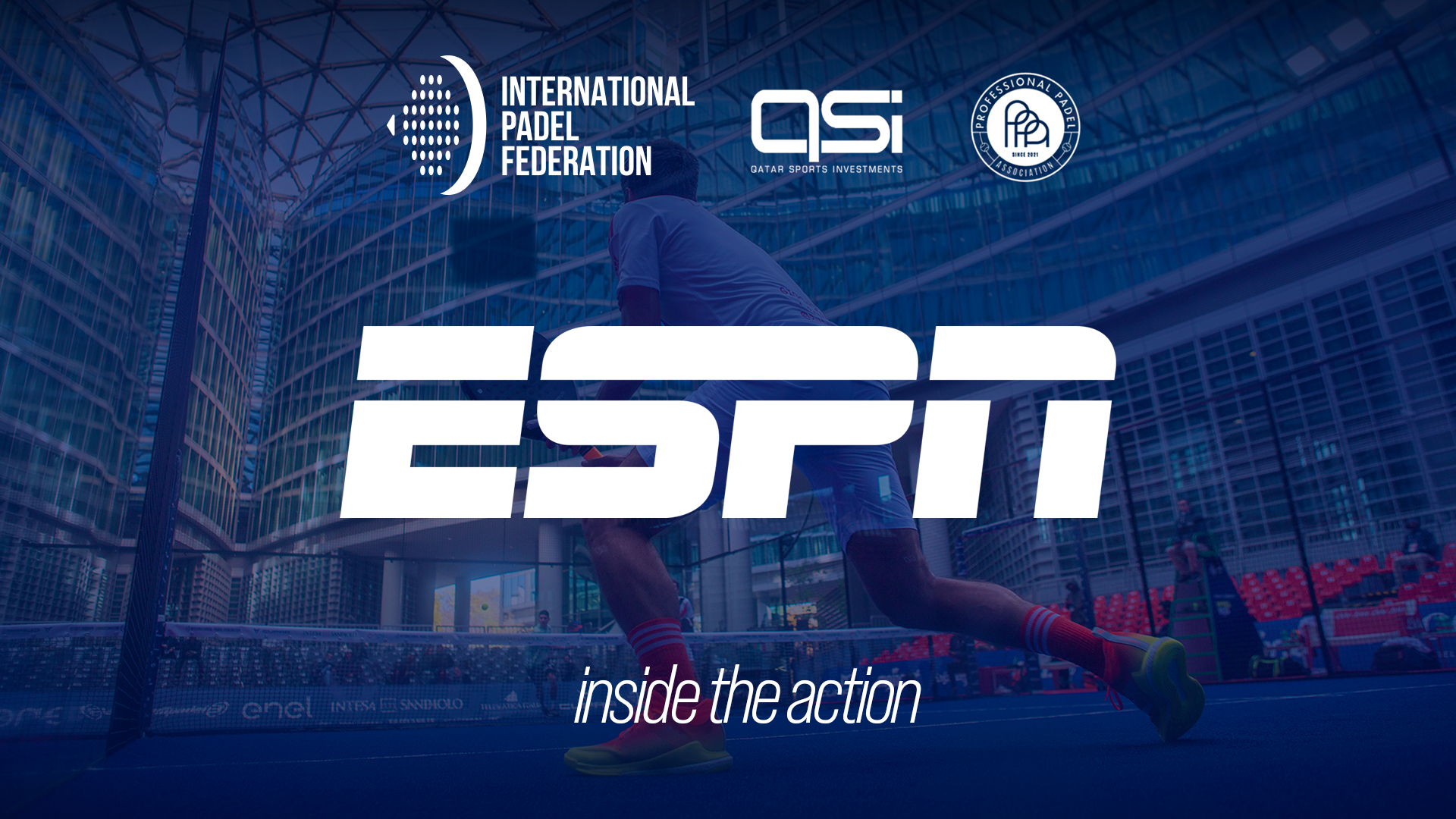 The International Federation of Padel (FIP) today announces the signing of a historic broadcasting agreement with ESPN, which becomes the official broadcast partner of the circuit in the LATAM region, covering South America, Central America, Mexico and the Caribbean.

Here is the press release issued this Monday noon.

FIP QSI TOUR on ESPN for the next 4 years

The new official world circuit of padel – governed by the International Federation of padel (FIP) and backed by the Professional Players Association (PPA) and Qatar Sports Investments (QSI) – today announced the signing of a historic broadcast agreement with ESPN, which becomes the official broadcast partner of the circuit in the LATAM region, covering South America, Central America, Mexico and the Caribbean. Owned by Disney, ESPN has signed a four-year deal to become the main broadcaster of the padel in the Americas in 2022, 2023, 2024 and 2025.

Considered one of the largest sports broadcasters in the world and a leader in American media, ESPN will carry the padel to levels never reached in the main American markets, by making the padel accessible and visible in nearly 50 countries. Other important international broadcasting agreements will soon be unveiled, with a view to spreading the padel around the world like never before. 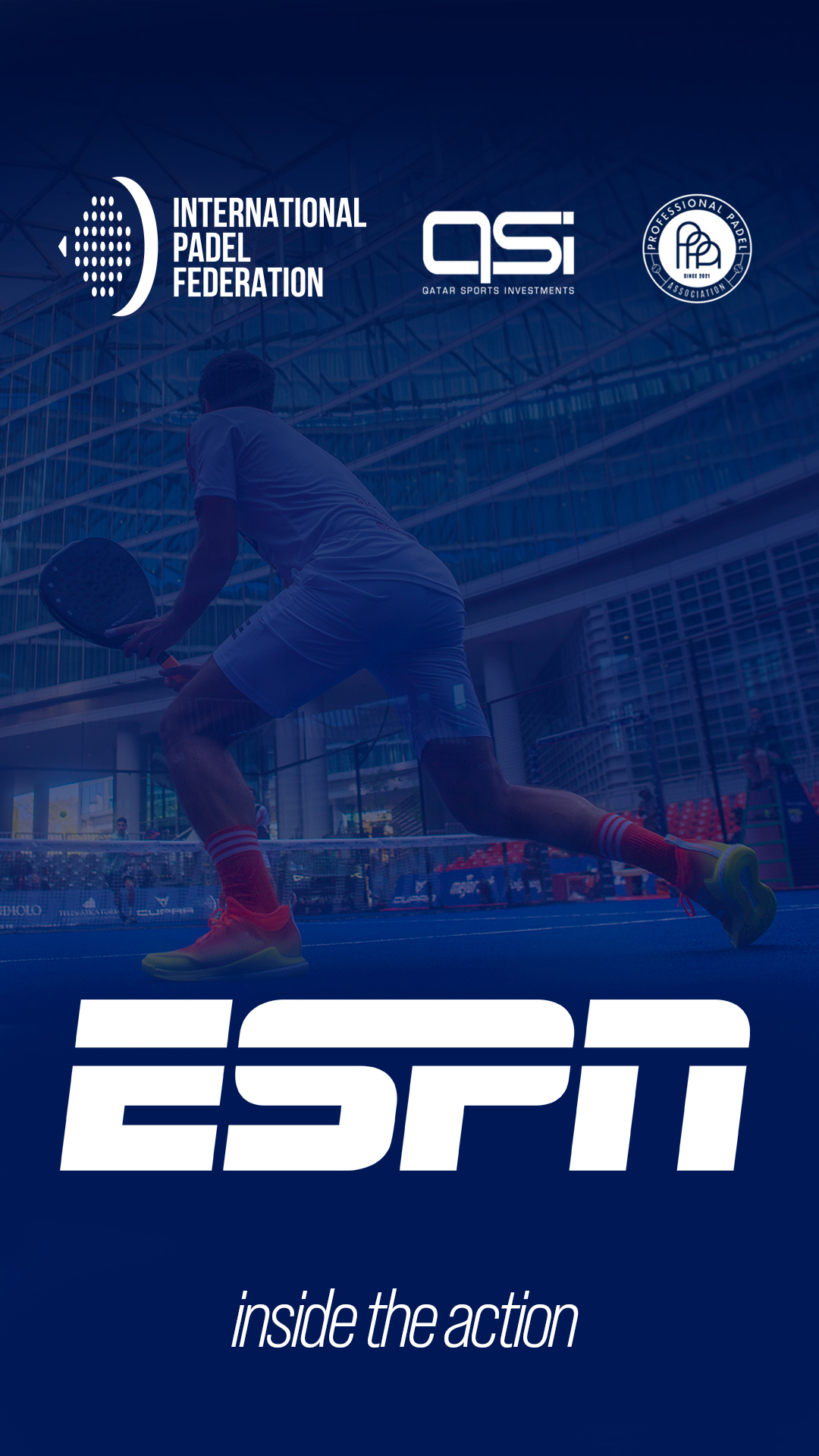 This week are also expected the launch of the new name, the new logo and other brand identities from the official circuit, advised by some of the best creative consultants in theworld.

For about a month, the FIP, PPA and QSI have made a series of important announcements related to the new official circuit, including the confirmation of the organization of at least ten (10) new tournaments this year – including four category 1 – the first category 1 event in front of take place in Qatar from March 28 to April 2. Registrations for the first official tournament have already broken all records, with 123 pairs registered, and players from 19 different countries. The amount of prize money for each category 1 event was announced at €525, a record! Important new ranking points for the new circuit have also been revealed.

This new chapter for the padel under the direction of the FIP is marked by the professionalization and globalization of the sport, supported by the main international players represented by the Association of Professional Players (PPA), and a new international strategic partnership with QSI. QSI is an investment fund behind several of the world's leading sports brands and activities, which will bring unique expertise and business acumen in the development of sports and brands internationally.

FIP QSI Tour: the only official tour of padel

It is important to note that this new circuit is the one and only official circuit under the governance and regulation of the FIP, thus benefiting from the official ranking system of the Federation, while also being under the aegis of the community and the international sports institutions. Regarding governance, within the framework of the official circuit of the FIP, the representatives of the players will sit on various committees, thus contributing directly to shaping the future of their sport.

When we make the decision to wear the padel At the pinnacle of world sport, we take this very seriously – and this major 4-year deal with ESPN for South America, Central America, Mexico and the Caribbean is proof of that. ESPN, owned by Disney, is one of the largest sports broadcasters in the world and an American media leader. The fact that we have signed this partnership reaffirms our global ambitions and the enormous interest in the new official circuit. And that's just the beginning.