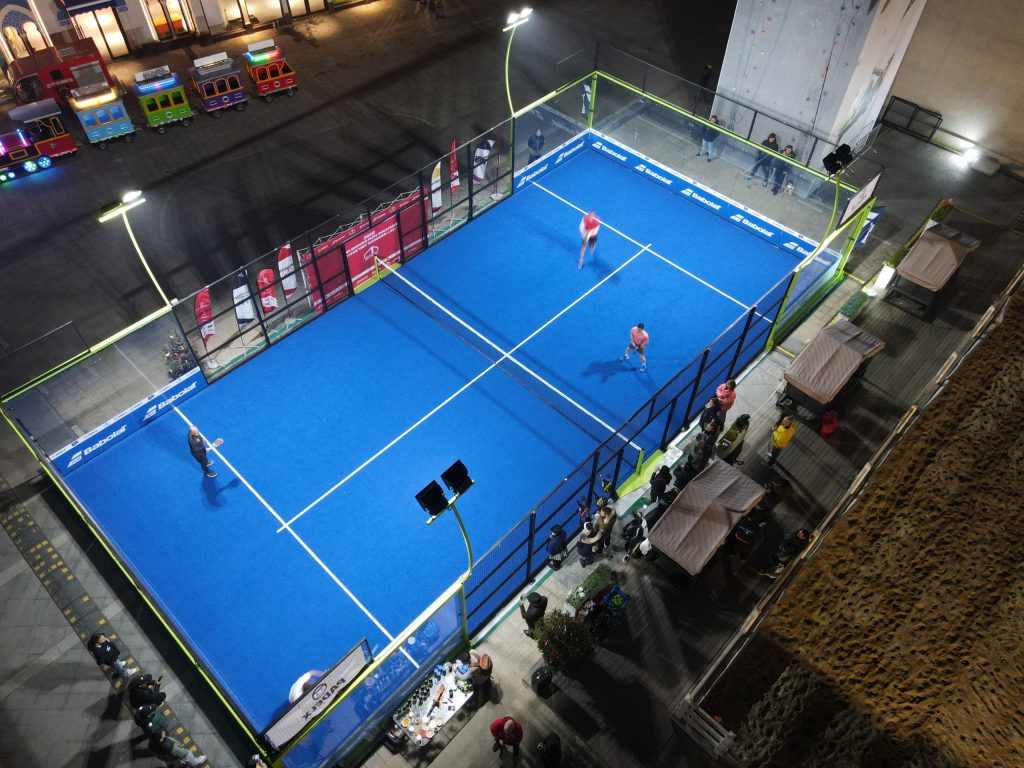 In 5 years the landscape of padel French was upset: farewell to the regions where there was not a single ground of padel, farewell to the regions that were supposed to be “empty of good players of padel", farewell "clubs that hardly ever held tournaments“. For the most competitive, you can find a shoe that suits you “almost” everywhere now every weekend and even during the week.

If obviously there are, as in all sports, strong regions and regions that are less so, we have been able to observe, even recently during the P1000 in Reunion Padel ahead Club, let the level progress everywhere!

Today, the best French players must remain serious in these two categories which are the P1000 and P2000,  “even if we observe that the P1000s have become the P500s of 2 years ago” many players explain to us.

We see surprises, new faces coming to the padel. Some even invest almost like professionals, with strong ambitions.

Paradoxically, the level drops mainly in more amateur tournaments. You will understand that in reality that's very good news !

The territorial network and this mass of new players

The territorial network encouraged by the French Tennis Federation is bearing fruit. Today you have to padel pretty much everywhere. Who says new tracks, says new players of padel. And inevitably, these new players are not necessarily the best players in the world, at least initially (let's be optimistic).

Mostly among men, we appreciate the competition and we see many players landing in the P100 / P250 and P500 categories.

The P250s where you could end up with a lot of top 200/300 players, that's pretty much over. The P500 where we sometimes found ourselves with very many top 100/50 in the big cities, it is there also in the process of disappearance.

More players and a growing supply

Besides, the other news is that it's not just the top 200/300 who are regular consumers of tournaments padel. It's a big development.

And the clubs have understood this by regularly offering competitions, with the appearance of these famous tournaments over half a day, sometimes even over an evening. We also now have several tournaments in the same club in the same week, which is to say the change compared to before the start of the COVID crisis.

This amount of tournaments of padel must have had an impact on the level.

"Clubs offer them every week. Suddenly, the players select, move less, stay in their own club. The player padel settled down.

Before we saw many top players move for a P500 and especially P1000 event. Now it's almost over except for very specific tournaments or by opportunity” declares a competitor.

Inevitably, the greater the offer, the more the players are scattered over different competitions.

The level of categories has plunged

In less than 2 years, we can say that the categories have lost a level.

Admittedly, this is explained by the explosion in the offer of tournaments, but also by the policy pursued by the FFT which has set up a new elite category (formerly P1000): the P2000.

Not to mention the possibility for the players to take part in the tournaments of padel up to P500.

The FFT assumes and signs. The objective: leisure, the amateur and the increase in the number of licensees.

Who said there were no more P100s? These tournaments are still very much rooted in the tournament landscape of padel. But until when ?

Indeed, today, some clubs no longer see any interest in offering a P100 while for the same price, they can set up a P250.

“Whether we like it or not, the players are competitors, even if it remains very amateur. And it's better to offer them a P250 than a P100. The players make the law and not the other way around. If I offer a P100 and the neighboring club makes a P250, you will understand what is happening even among those who are beginners” explains an umpire accustomed to the organization of tournaments of padel.

It is understood that players will turn more easily to a P250 than to a P100.

The P250s from 1 to 2 years ago have undergone a complete transformation for 2 reasons:

Direct consequence: the P250 has become a nice carrot for players who are entering the competition as the P100 was and who want to try to glean points quickly.

Competition is stronger but less concentrated

Some believe that the P250s or the P500s are no longer those tournaments where you could find certain big pairs on the circuit, that there is no longer this concentration of well-ranked players on the P500s as there was in a certain period, or even that "P2000s of today are the P1000s of two years ago in terms of level".

The competition is stronger to be part of the France team. But by the multitude of competitions, the fact of having up to two P1000s per week, many P500 competitions at the same time in the same regions, international competitions increasingly present, not to mention the time and financial cost, inevitably, there is a dispersion of the best French players.

It is certainly one of the greatest upheavals in the evolution of the padel in France. Since COVID, we have seen many new players arrive who did not always have a sensitivity to racket sports and even less to tennis.

Conclusion: the beginner and intermediate level decreases and therefore in the level of competition for these players also decreases.

It is indeed very good news for our sport, to see all these profiles land in our sport. In a certain way, in the long term, the French average level will become Hispanic. The Spanish market is a very good example of what awaits us.

With more than 2,5 million practitioners, including many beginners who have never done racket sports before, Spain benefits from an average level lower than that found in France. And despite this, the very best players are in Spain, not in France! CQFD…