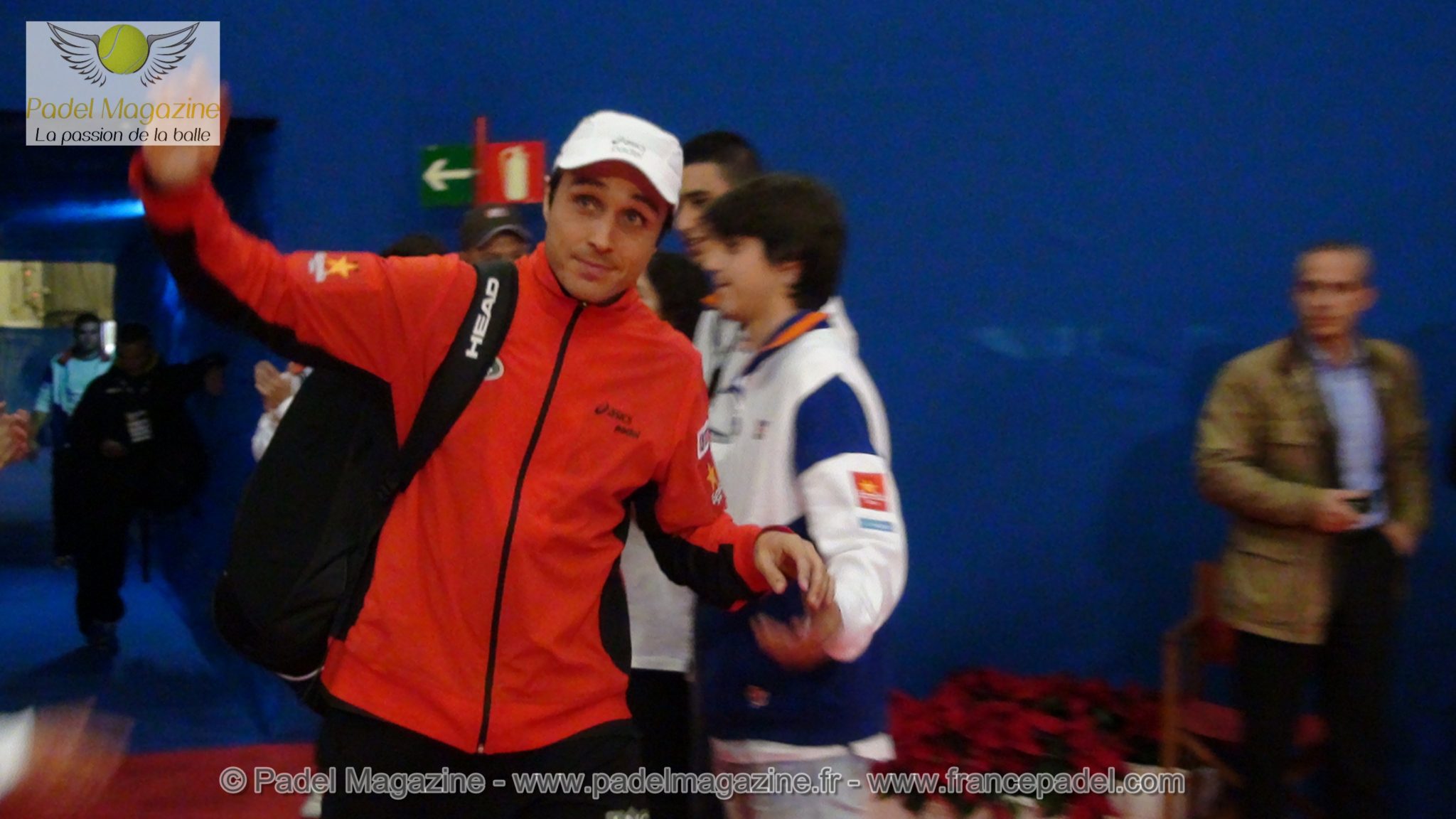 Padel Magazine - Fernando Belasteguin, world number one padel with his partner Juan Martin Diaz allows us to know a little more about him ...

Padel Magazine : Bela, you are the world number one in padel , But this has not always been the case. Can you explain to us how you got started at padel ?

Fernando Belasteguin: It all started in 1990 in Argentina, I was a football player in an interesting category, and the football club I was in built padel. Things went pretty quickly afterwards since 5 years later I started in the professional world of padel. For the little anecdote, it is the father of Matias Dias (Professional of padel) who discovered me.

Padel Magazine : Matias dias must be happy now ... In France, the padel is growing more and more, but they mostly come from tennis, do you think that is a good thing?

Fernando Belasteguin: I come from football, and the players who arrive in the padel world are padel specialists. But yes there is room for everyone. To become professional padel, there is no secret, work enormously ..

Padel Magazine : The year did not end so well with of course the loss of your invincibility is the injury? Could she play a role for the 2014 year?

Fernando Belasteguin: This injury is in the ankle, it is not new and I have been dragging it now for a little while. I missed a few weeks of rest and the holidays will erase this injury to start the new season fully. I should be well. As we have seen, if we are not 100% there, the competition is there. We hope to be able to have a good 2014 season without injury.

Padel Magazine : We know each other for a few years thanks to the Pyramids club, did it allow you to play more in France and possibly know some players?

Fernando Belasteguin: Yes indeed, there were the Pyramids, but unfortunately I was not approached again. Too bad. Your magazine shows that there is an interest in France concerning the padel and that is very good. We have done tournaments in Portugal and Argentina, France may be a next step in the years to come.

Fernando Belasteguin: It's a sport for everyone with a lot of fun, so do not hesitate to test and you will understand.