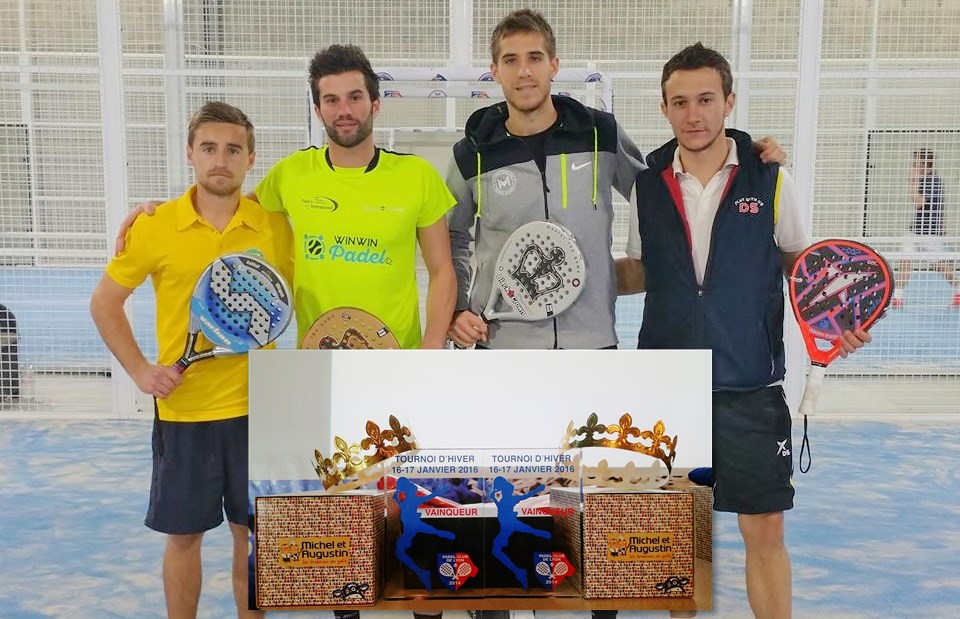 If last season, the first under the supervision of the FFT, clubs and players from the south of France were surprised by the dynamism and responsiveness of the newcomers, in particular Lyonnais, it is a real "war" (friendly since sport) that they will be leading this season to regain their places at the top of the rankings this season. And it must be recognized that during the two battles, male and female, of the winter tournament of Padel Club de Lyon in the trenches of Padel Central Lyon, the south won by KO!

First, the 16 and 17 last January is the male armada; General Jérôme Ferrandez (and his lieutenant Kévin Fouquet) reigning European champion and vice champion of France, in the lead who operated to a landing in force! In their wake, senior officers Laurent Boulade / Michael Kuzaj, Jeremy Ritz / Maxime Moreau, Pier Gauthier / Mathieu Barrot, Lionel Vinceguerra / Julien Otami, and Aurelian Grandmont / Gilles David have made a mouthful of local resistance.

Diminished by the desertions on wounds before the fight of their number 1 and 2 (Justin Lopes, Johan Bergeron) but also of always formidable "el Blanco" (serge Reisinger), the local battalion was led by Simon Desliens and Pierre Etienne Morillon. From the group stage, the southern bombardment is doing a lot of damage: most of the Lyonnaises forces are decimated. However, Arnaud Taboni / Romain Dubost Chavrier, David Miotto / Jean Yves Levrat, Clément Arcangelli / Alexandre Perilhon and Arnaud Chaffanjon / Laurent Bériard fall under the unstoppable attacks of the southern padel,

Only Jérôme Xambeu / Thomas Clément and the Desliens / Morillon leaders are on the ¼ finals front. The first will be coldly executed by Ritz / Moreau while the second will fight to the last point of the super tie break before giving up the weapons against Gauthier / Barrot.

It is therefore after fratricidal duels that Ferrandez / Fouquet will win winners of a late and truncated final after the injury of Michael Kusaj, marked by the intensity of previous fights.

If the strike force of the experienced pairs from the south is obvious, there is no doubt that the Lyonnais fireworks, in full this time, will be keen to prove their worth in subsequent clashes. Given the enthusiasm for this tournament (32 pairs registered) the dynamism of existing clubs (master of Padel Lyonnais, Foire de Lyon), the projects that are coming to fruition (St Priest, TCM5) and those in gestation (a large indoor club in East Lyonnais), the backlog in terms of infrastructure and experience is closing and if the south won a battle, the Lyonnais did not lose the war!