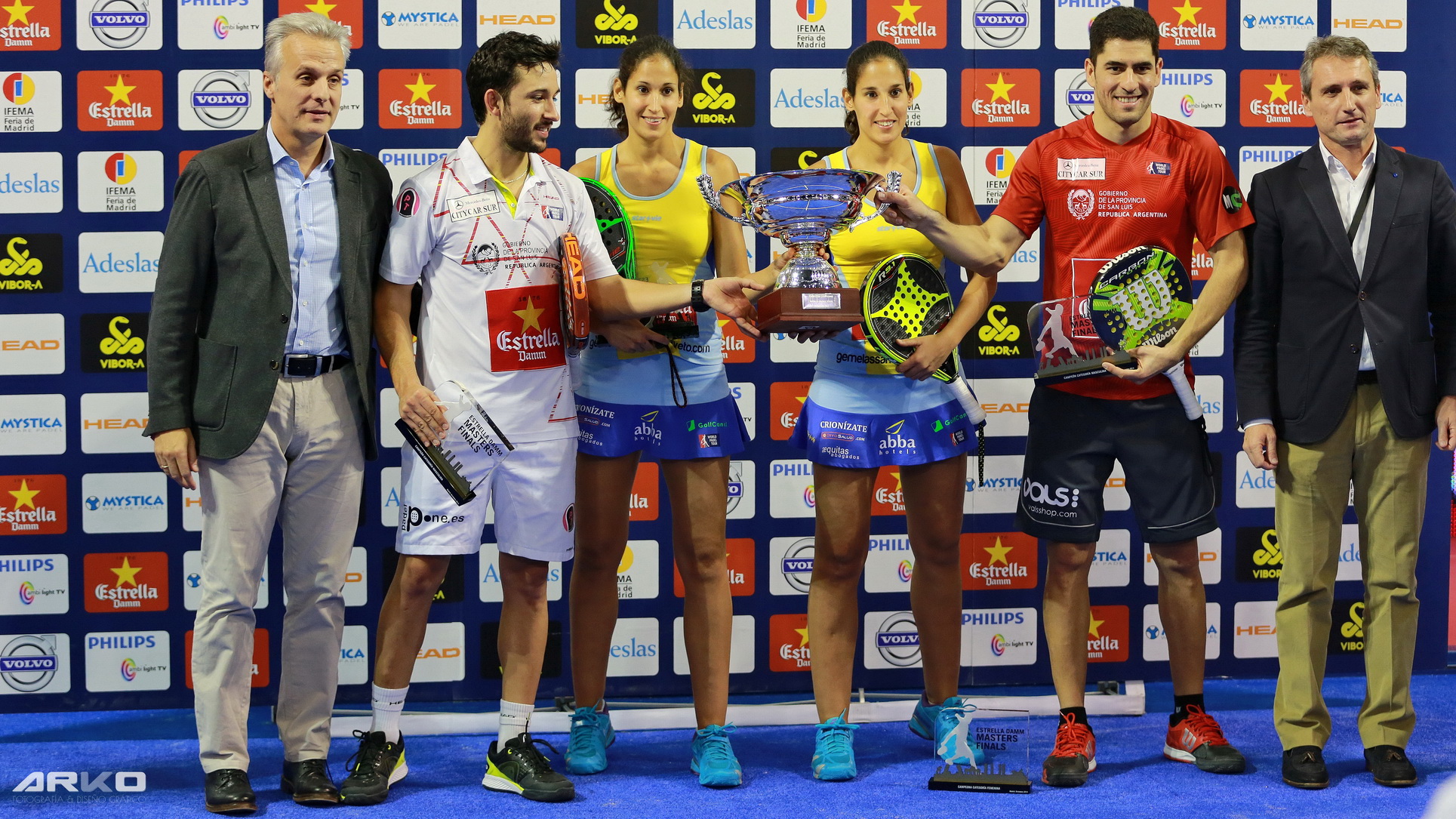 Padel Magazine - In the final of the biggest tournament in the world, we expected high level ... And we had the right ... but not all the time.

In women, it was the Sanchez sisters who won against Marta Ortega and Lucía Sainz (6 / 4, 7 / 5). There was still a gap level between these two pairs. The Sanchez sisters were more powerful and cunning than their opponents the same day if the match seemed tight.

For men, it's a story that ends with this pair JMD-BELA who will have won so much and who decided to separate definitively next year. To return to the final, she was quite strange with a level of play that has fluctuated a lot.

First, the first conclusion, this final resembled a revenge since last year to the day, Fernando Belasteguin and Juan Martin Diaz had lost to Sanyo Gutierrez and Maxi Sanchez. It was then said that this final was a bit special because Bela was injured, while JMD was not at best.

In the first set, the pairs score. Not a single break. The youngest pair give a lot of trouble to the biggest pair in padel history. 13 years at the head of the world padel hierarchy and here they are under the fire of his young warriors. The tie-break will run perfectly for the Argentine pair as it easily wins 7 / 1.

And that's where the level went down a notch. Strangely, the world 3 numbers were deconcentrated making innumerable mistakes, certainly because of a very good presence of Bela. But it was short lived because we found ourselves at 5 everywhere in this second set. And while we were in a very tight game, Bela stopped the match to ask for a medical break: Cramps seem to hurt her. But the result is ruthless as kings win the second set 7 / 5.

In the last set, the faults are linked. There is a lot of tension. For their last game together, Juan Martin Diaz, the only Spanish on the pitch seems tense and this will be seen after the game where he seemed very annoyed by his opponents. Yet it is thanks to him that one believed for a moment in a victory of the Kings. Bela was walking. The cramps no longer allowed him to bend his legs. JMD was trying to support his team-mate by trying to take a lot of lobe balls from him. But that was not enough, Sanyo and Maxi managed to win for the second time and consecutively the Masters 2013 and 2014. Congratulations to them and see you next year with a year full of promise and madness.