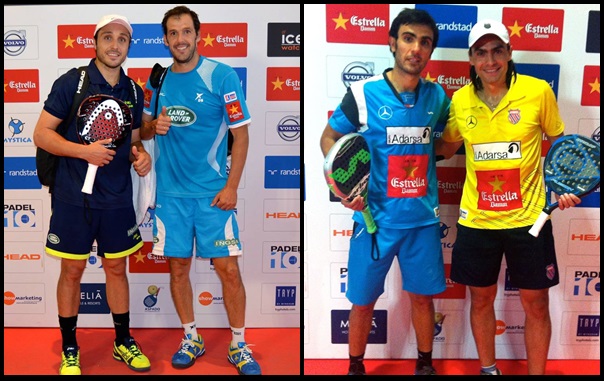 Padel Magazine - The two best world pairs are in the final.

They confirm once again that there are "Kings", "Princes", and others ...

The first semifinal was tight as Pablo Lima and Juani Mieres struggled with 7 / 6 3 / 1. But Cristian Gutierrez, the partner of Matías Díaz, was forced to throw in the towel because of muscle pains in his right arm.

The other semi-final has further illustrated the advance of world numbers on a very promising pair that is Sanyo Gutierrez and Maxi Sanchez. Juan Martin Diaz and Fernando Belasteguin have indeed won their match 6-4, 6-3.

Again in the final, The Kings could then win their eighth title of the year. In the history of the padel, it's unheard of.

But the princes are hungry for title and arrive confident to challenge once again the couple Diaz and unbeaten Belasteguin from Malaga and 20 matches without defeat.