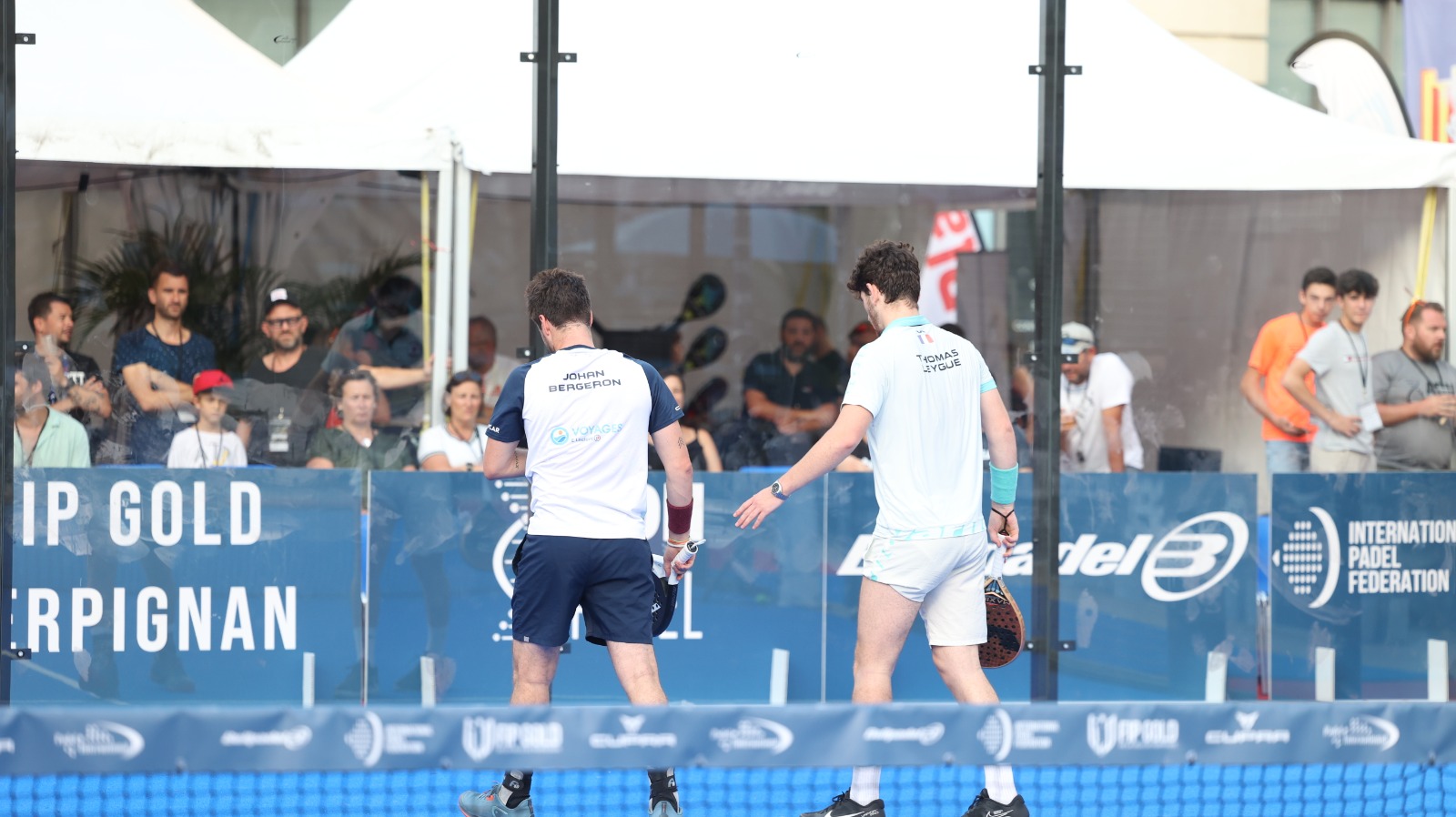 Victim of food poisoning, Thomas Leygue was forced to retire in the first round of the FIP Gold from Perpignan.

Hard blow for the 100% French pair who had a very interesting match to play against the Spaniards José Carlos Gaspar and Diego Gil.

For the occasion, the tricolors had swapped on the track and they were very motivated at the idea of ​​​​being able to fight a good battle in front of a full central and entirely committed to their cause. Unfortunately for them, Thomas, who seemed weakened from the start of the match, was forced to retire as the Spaniards were leading 5 games to 2.

Now on to the last match of these round of XNUMX, to follow just below: