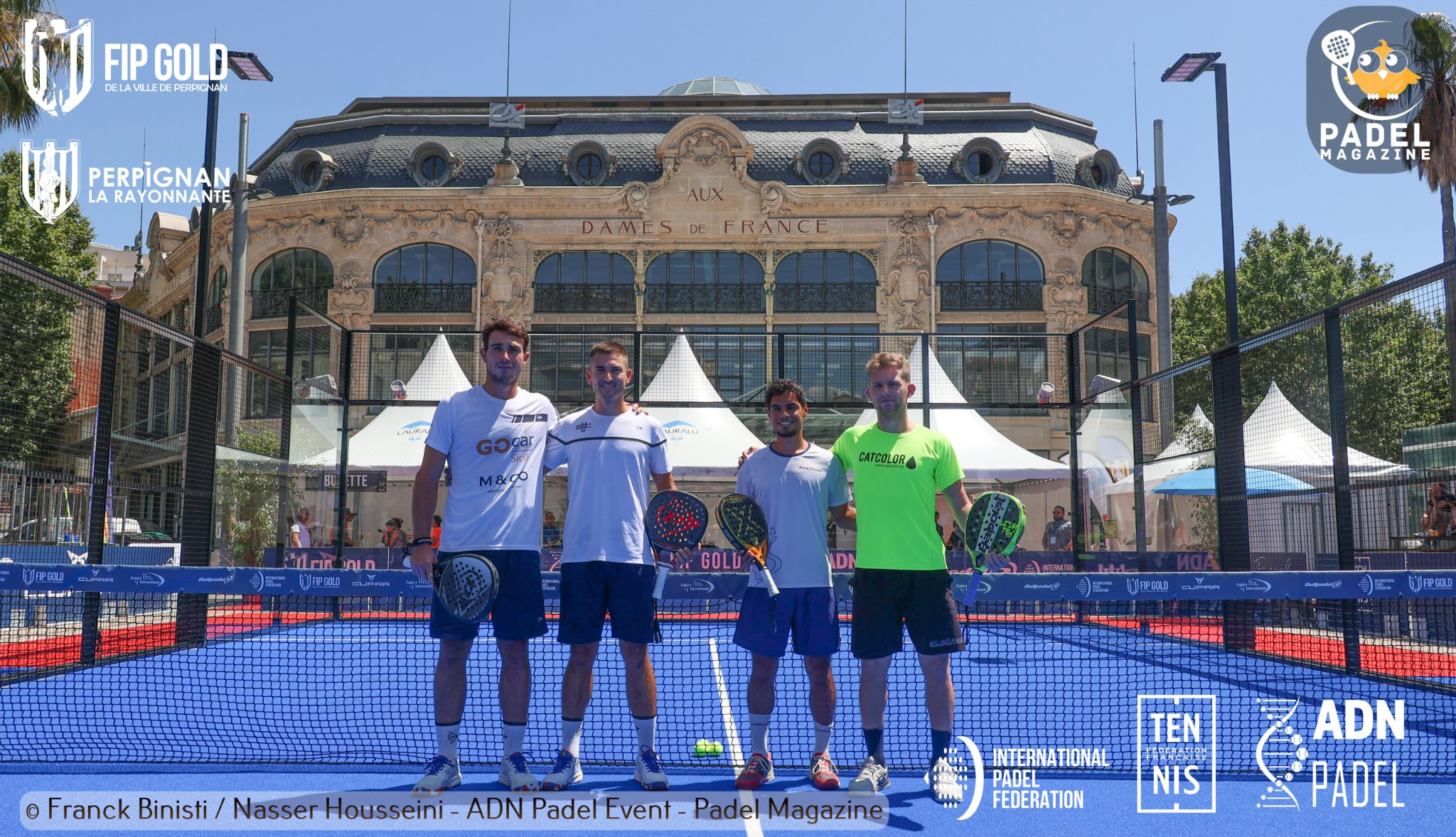 The second day of the final table of the FIP Gold Perpignan has not failed in its mission: to delight lovers of padel.

The first three matches of the day clearly announced the theme of the day: matches ending very quickly and respecting the logic: “favorites vs outsiders”. And that was the case all day. Indeed, out of nine matches, we were only entitled to one in three sets. This pretty much implicitly tells you the face of these encounters.

The highlight of the day: the abandonment of Leygue/Bergeron...which turned into an exhibition of padel !

In view of the nine matches offered today, one particularly stood out: the clash between Bergeron / Leygue and Gil / Gaspar, which was particularly expected here in Perpignan. The public came in large numbers, the weather was good, everything was in place for us to attend an exceptional meeting. Unfortunately Thomas Leygue's metabolism had decided otherwise, and despite attempts to return to the field, the match had to be interrupted by an abandonment of the 100% French pair.

But this rather emotional moment also called for another: Johan Bergeron and Franck Binisti decided to go to the track to have discussions with children and adults, to the delight of the large crowd.