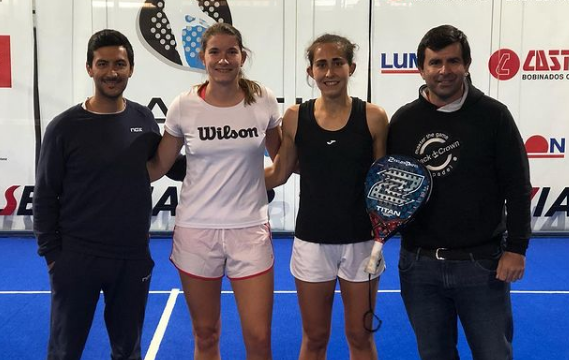 Jessica Castello and Alix Collombon won in the semifinals of the FIP Star de Burriana 2021, they will play the final this afternoon!

Nothing stops them! After a start of tournament a bit difficult, Alix Collombon and Jessica Castello, who, remember, are playing their very first competition together, have found the right rhythm! As proof, their victory this morning against Lorena Rufo (40 WPT) and Marta Talavan (28 WPT) in the semi-finals!

A good performance for the Franco-Spanish pair, who won with a clear score (6 / 3 6 / 4) against two players who had a very good 2020 season, the two players finishing n ° 25 in the Race! Alix and Jessica are therefore in the final of this FIP Star in Burriana, where they will meet Tamara Icardo and Cata Tenorio ! The number 1 seed continued his flawless run with a victory 6 / 1 6 / 3 against Soriano / Fortun this morning in the semi-final.

We therefore expect a high quality final, between two fit pairs! The meeting is to be followed at 16h00 on the link just below, and will be followed by the men's final!