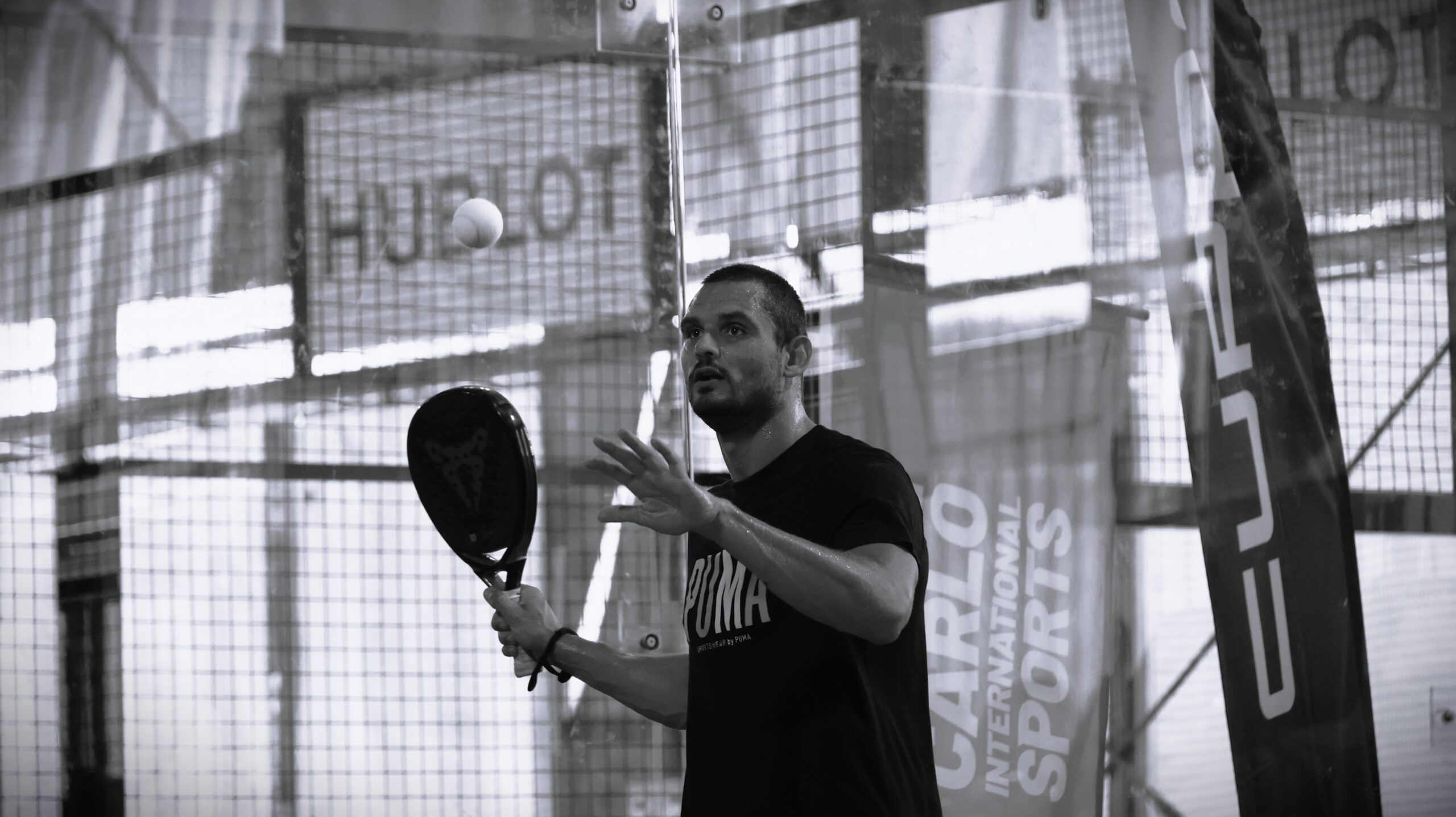 Present in Beausoleil as part of the 9th stage of the Cupra Padel-Point Tour, Florent Manaudou went to the microphone of Padel Magazine to come back to different themes around the padel and his career.

“I had to play padel about ten times over the last five years, but each time it's a pleasure”

Padel Magazine : You are present today on the Cupra Padel-Point Tour, which usually brings quite special guests. How do you judge the event? Are you having fun?

Florent Manaudou : "I find it hard not to have fun when you play padel already. It's a sport that's super fun, plus, since it's close to my home, it's often in beautiful places.

I have been lucky enough to be with Cupra for 2 years, the opportunity to come presented itself. I'm super happy to be here and to be able to play especially with pro and semi-pro players, because that's how you learn faster. »

Padel Magazine : Precisely, what was your first relationship with the padel ? You frequently play padel ?

Florent Manaudou : "There was a club near Marseille, I lived in Marseille for 10 years and a friend of mine who was a lifeguard there said to me: 'Come, we're going to play padel ! ". I didn't know at all, I had obviously seen the videos, etc. But I had never really tried.

I had played a little tennis with my father and friends, I had a little touch of the ball and I had fun very quickly. This is what comes up very often when we talk about the padel, but it is and it is a very pleasant sport to practice.

I must have played a dozen times over the last five years. But each time it's a pleasure, and each time I feel like I'm progressing. And even more there with the pros (laughs). »

The strengths and weaknesses in padel by Florent

Padel Magazine : I think you know yourself by heart as a swimmer. But how would you describe yourself as a player of padel ?

Florent Manaudou : “I have the chance to know myself very well, to know my body a little and to see how it moves in space. Mainly because I'm a high-level athlete and it's my working tool.

Afterwards it's complicated for me to be on dry land, because I'm in a lying position in the water, so it's completely different.

I am still quite multi-sport. My main strengths I would say are strength, explosiveness and I'm very tall so I can net a lot of balls. Afterwards, the movement is a little more complicated, understanding where the ball is going. I would like one day to see that the ball will go out, that I will go out too and that I make a little special move! It's my dream to be able to do that, but I don't play enough, when I finish my career I think I'll play a little more with friends. »

Padel Magazine : We could see you as a swimmer, as a handball player as well. why not player padel later ?

Florent Manaudou : “I have to find a player who plays with me who is good. Let him teach me, because learning on your own is good, but I think there are very important basics like in many sports. And if we don't have them, we get into bad habits.

If one day I really start playing padel, I have to take lessons with very good players. »

His association on the track with Alix Collombon

Padel Magazine : You said in an interview with Sport Buzz Business that you couldn't wait to be at a Cupra event alongside Alix. Today you were able to do it, can you tell us about this experience with Alix?

I like to learn things on my own, because I know my body very well. But when you have someone very professional like that, it's great! I met them (Alix Collombon and Ben Tison) last December at a Cupra event, and obviously I wanted to play with very good players, they are the two French number 1s. Nothing better for me than to try to play with them !

I played with Alix who taught me a lot of things and we feel that she wants to share more. I find it super pleasant when you are passionate about your sport or your activity: to pass, to give little “tips” like that with pleasure and a smile.

It is a fairly young sport, but one that is booming. I'm like 10-year-olds: I learn and I listen as much as possible! »

“If the Games are held in a Hispanic country, chances are the padel be present”

Padel Magazine : Last question, we know you were Olympic champion in the 50m freestyle in 2012 in London. Speaking of the Olympic Games, do you think that the padel has the potential to become an Olympic discipline in the medium term?

Florent Manaudou : " I think yes. In addition, there are more and more licensees. Certainly there are many Spaniards and they will surely be the ones who will win the most medals in the padel !

Then I know that at the Games, each organizing committee has the right to add sports: for example in Tokyo it was karate, in Paris it will be breakdance... I think that if the Games are held in a country Hispanic, chances are the padel be present.

Afterwards, it has to stay there and it has to be a fairly "recurring" sport, but I don't worry too much about it. padel. He should at least be in the World Games that are happening right now. That he make a passage there so that people are interested in it a little more […], but hey, when you watch it on TV, it's great.

It's very easy to follow, when you know a little bit of tennis, it's the same counting of points, etc. I hope to see the padel at the 2032 or 2036 Olympics.”